Now in its 27th year, the Japan Exchange and Teaching (JET) Programme has welcomed more than 55,000 people from 62 countries to deliver grassroots international exchange between Japan and other nations. Tenth in our series, this column features former JETs, both in the UK and Japan, who keep the idea of fostering mutual understanding firmly at heart. 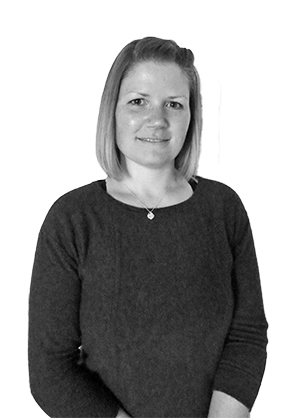 When I first heard about the Japan Exchange and Teaching (JET) Programme I was studying at King Alfred’s College, Winchester, and was on my way to becoming a primary school teacher.

I had worked one summer at Camp America and enjoyed the experience. On returning to university I signed up for a course in teaching English as a foreign language. The lecturer said she would conduct the lesson in Japanese but none of us had any experience of the language and we felt completely overwhelmed.

Yet, by the end of the lesson our teacher had demonstrated, very effectively, how to teach a language to complete beginners without using any of their native language.

I realised I was hooked on learning Japanese and on finding out more about Japan. One day, I found out about the JET Programme and decided to apply.

My placement was as an assistant language teacher in Taketa City, Oita Prefecture, where I worked for three years, then the maximum duration of the position. During my time there, I worked at 10 elementary schools, four junior high schools and two high schools. I was asked to run activities at nurseries and evening groups for adults. Due to my interaction with these different age groups I most likely taught someone from nearly every family in the city.

As I became well known to residents, I received invitations to city-based cultural events and was very involved in taking part in taiko drumming, community theatre, karate and festivals. My involvement in two casual taiko groups led to my becoming good friends with the local professional taiko team.

After completion of the JET Programme, I accepted an offer of a taiko apprenticeship. I lived and trained with Wadaiko Tao for four months, but found the monastic lifestyle too intense. I returned to teaching English and joined a casual taiko team.

However, having had the experience of training with professionals, I knew that I was looking for a professional team without the extreme lifestyle of Tao. I decided to return to the UK to pursue my taiko career.

I joined the Mugenkyo Taiko Drummers, based in South Lanarkshire, Scotland. I sought out the JET Alumni Association (JETAA) in the area to meet former JET participants and joined their committee. The combination of involvement in JETAA and Mugenkyo paid off, and I toured the UK, Ireland and Ukraine before performing in the Edinburgh Festival Fringe in 2009.

Due to my involvement in taiko and JETAA as well as my work to support JET promotions run by the Consulate-General of Japan in Edinburgh, I came to know many people within the Japanese community in Scotland. So, when a job became available at the consulate, my friends suggested I apply. Happily, I got the job and currently work in the culture department.

I volunteer with the JETAA UK and Scotland committees, and am in charge of organising JETAA Japanese language courses in Scotland. I also run Nihongo Scotland, a free drop-in Japanese language club and drama group that meets in Edinburgh.

I started the group as an accompaniment to the JETAA lessons because I felt participants could benefit from meeting between classes to practice what they had learned. But, as interest grew, I opened up the group to anyone and invited native Japanese speakers to be our teachers. Now, the club has been running for over a year.

Thanks to the community in Taketa City, I currently spend my days developing Japan as a tourist destination, showcasing its cultural aspects and, best of all, promoting the JET Programme.

I would never have imagined that my life would have been changed so much by the programme and the people of Taketa City. It is to be hoped that my experience demonstrates the way in which the programme can enrich dreams as well as career possibilities.