For most British subjects living in, or visiting, Japan contact with the British Embassy Tokyo’s consular team comes in the form of routine notarial or documentary services. Others may have been helped by the team in times of distress—from losing passports and wallets, to hospitalisations, or dealing with bereavement.

But in getting on with our day-to-day lives, most people only give passing consideration to what their relationship with the embassy would be in the event of a serious crisis. For many, the earthquake and tsunami on 11 March changed that. Within minutes, what had previously been a passing consideration had become a very real and traumatic reality. 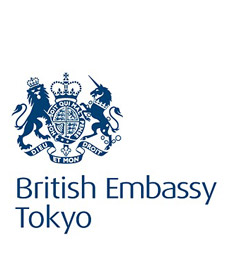 Our immediate priority at the embassy was information. We needed to know as much as possible about what had happened—and what was still happening—in the most affected areas. We needed to find out the extent of the damage and assess the continuing risks. Crucially, we needed to establish how many British citizens may have been directly affected by the devastating events.

As the scale of the initial disaster quickly became apparent, one of the first things we did was set up a public hotline in the UK to respond to calls from worried family and friends. The volume of calls was, understandably, enormous. We also set up and re-routed a local Japanese number to ensure British people in Japan had access. And we advertised the details on this website: ukinjapan.fco.gov.uk

However, in the initial hours of the crisis, phone communications were, at best, limited. Those in affected areas struggled to call loved ones to let them know they were safe. Most phone lines were down—including those at the embassy—and networks were overloaded. So other forms of communication became increasingly important.

Our main channel of communication with the British community was through our travel advice on the ukinjapan website. Public interest in the Japan travel advice spiked dramatically and, in the weeks since the crisis, has been the British Foreign & Commonwealth Office’s most highly viewed web page. We used our Facebook pages (British Embassy Tokyo and British Consulate-General Osaka), our Twitter feed and blogs on the ukinjapan website to push information out more widely to the British community.

But contacting individual British nationals who had been reported missing by friends and family in the UK was one of our biggest challenges. We used our LOCATE database to send information to the limited number of British nationals registered with us. We used online tools, such as Facebook and Linkedin, to help locate people. We encouraged people to let us know they were safe through Skype, Facebook or text messaging, should their usual phone lines be blocked or their mobile phone batteries be low. And, of course, we sent teams up to the affected areas to work with local authorities, reception centres, hospitals and schools to search for missing British nationals.

Using these channels, along with call handling in the UK, the Americas, China and Spain, more than 1,000 individuals initially listed as missing were confirmed safe and well.

We have seen a significant increase in the number of people in Japan registering on LOCATE since 11 March. Yet figures remain relatively low. Some have registered, but do not realise the need to renew their online registration every year. And others have encountered difficulties with the system itself.

We recognise that our systems are not perfect and are constantly working to improve them. However, we can’t stress enough the importance of being able to locate you in the event of a crisis. It is particularly important for us to be able to tell worried family and friends back home—who often know little about the country in which you are—that you are safe.

We strongly encourage you to register with us here: www.fco.gov.uk/en/travel-and-living-abroad/staying-safe/Locate/