Why adopt diversity? Why should large corporations go out of their way to create a workforce of people from all sorts of backgrounds?

“I believe that, in a uniform world, there is less chance to have creativity”, explains Philippe Fauchet OBE, the firm’s president and representative director. “I think diversity is a source of potential for any company”.

Diversity breeds innovation, which has never been more critical for business managers. Given the fact that GSK plc has operations in more than 150 countries and is a global leader in the development of a wide range of pharmaceuticals, vaccines and consumer healthcare products, it is a topic close to the heart of the British firm.

According to Fauchet, an inclusive approach, right from the outset of hiring staff, is essential.

“I think it’s quite natural for a pharma-ceutical company, where you want to get inspiration and innovation, to try to capture talent from any background”, Fauchet told BCCJ ACUMEN. “We need to innovate constantly to take care of patients’ needs, and from diversity we can create that kind of environment where innovation appears”.

Opening the recruitment door as widely as possible also makes sense in a labour market with considerably more jobs on offer than candidates available. Japan’s unemployment rate is barely above 3%, suggesting a chronic labour shortage. Employers, especially ones in the fast-growing healthcare field, simply cannot afford to overlook talented individuals solely because of their gender, cultural background or other factors.

“GSK is very much focused on this topic—of how we can attract and retain talent, regardless of their origin”, Fauchet said. “Japan is a market of full employment, which means that competition will take place, not just with salaries.

“How you attract people will depend on other factors. I believe D&I is one of those factors that will make differences between companies”.

A leading issue in Japan is getting more women into management. The government’s Womenomics initiative had set a target for females to hold at least 30% of leadership positions in large firms by 2020. This was later revised to a goal of 15% for the private sector—and 12% for central government.

GSK, meanwhile, already has shown some outstanding progress. Half of its board members—in addition to 30% of its corporate officers—are women. Yet, Fauchet says, achieving equality is not simply a matter of numbers: “Quotas may not be the solution to the problem. I believe it’s more about a change of culture … a long journey that requires permanent communication, which requires training”.

Ultimately, the goal is to have a workforce that accurately reflects society. According to Fauchet, this means that firms should have a “50–50 balance between men and women”. In order to find gender balance at the leadership level, however, roles “should be based first on merit and performance”. While working to achieve diversity, Fauchet said firms “should not try to discriminate in a way where being a man is a disadvantage”.

One of the latest issues for human resources departments is that of lesbian, gay, bisexual and transgender (LGBT) employees. Demographers disagree on the exact percentage of the general population who fall into this category. Many estimates put it at around 5–10%.

“If you extrapolate [that percentage] to a company like ours, where we employ approximately 3,000 people, then you immediately see that we have a few hundred people who might feel concerned by the environment in which they work if they are not properly recognised, “Fauchet said.

He added that GSK is working on an initiative aimed at making LGBT people feel at home at the firm, so that “working at GSK in Japan is seen as something that allows you to have your own life”.

“We respect all preferences. And these should be a factor in inclusion in the sense that people will be comfortable in joining us, as they know the environment won’t stress them”.

One event that will be a chance for GSK to promote its D&I stance is the Tokyo 2020 Olympic and Paralympic Games. Lots of corporate sponsors are excited about being part of the greatest show on earth. GSK Japan has special reason to celebrate: a few of its employees are former Paralympians, and the firm plans to focus on a series of events for athletes with physical disabilities—or, as Fauchet prefers to say, “different abilities”.

“The Paralympics is less well advertised [than the Olympics]”, he said, adding that the event needs more volunteers.
“GSK Japan will look at the Paralympics as another opportunity for us to demonstrate our solidarity”.

Youth is another quality GSK is eager to tap. Their strategy is to offer young people an open and flexible environment where their efforts and contributions are fully appreciated.

“What attracts people when they are young is [if they will] be recognised, trained and have a certain perspective on their career”, said Fauchet, adding that those people do not want “to feel they will enter a kind of box where they will get out 10 years later, and then be promoted at that time”.

“I think that has been unfortunately the case a lot in the past so, as a company, we need to show that young people also can take positions in the company and don’t need to wait until they are 50 or 60 to take higher responsibilities”.

That principle—of pay for performance rather than the length of time spent in a job or even working at the office—is part of a D&I initiative that GSK announced this spring. The stepped-up measures include ways to promote various work styles, such as remote working—from home or on the move—and flexible or shorter working hours. Working fathers are also being encouraged and supported to take childcare leave.

The goal is to deal with an increasingly challenging and competitive global business environment by making the workplace more flexible and tolerant. 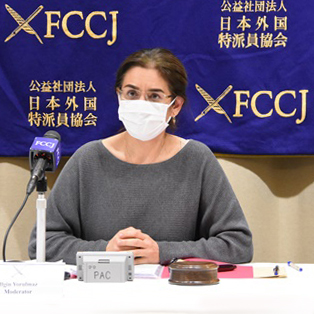 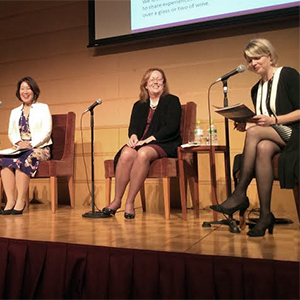