Shine On! Kids, an organization dedicated to making life better and brighter for sick children in Japan, is marking its 10th anniversary in 2016. To celebrate, you are cordially invited to join the Cool Japan Extravaganza on 1 October at Tokyo American Club.

It is my great honour to work with Shine On! Kids as volunteer organiser of their 2016 fundraising gala. The Queen Bee role is one I take very seriously, and I am thrilled about what will be a fun and exciting event. As part of my work on the Climate Change & Sustainability team at EY Japan, I focus on creating win-win situations between communities and companies. Helping local NPOs succeed in their mission benefits communities and supports friends and families. There is nothing more win-win than that.

This year’s theme—Cool Japan—is a concept close to my heart. My 15 years in Asia have been primarily spent in Japan, and it is the rise of individual social conscience alongside corporate interest in creating shared value with the communities in which they work that I see as one of the most important shifts in Japan.

Working to support communities—in this case kids whose lives have been touched by cancer or other serious illnesses—is very important, and I feel strongly about helping this great group of dedicated people expand their reach and meet their ambitious goals.

Through the kind support of generous patrons, Shine On! Kids has been a beacon of hope and happiness for kids and families for the past decade. This year’s event is a way for us to say thank you to those who have given us support, and to give others an opportunity to be involved in this inspiring group. I hope to see many readers of BCCJ ACUMEN at the event. You won’t want to miss it! 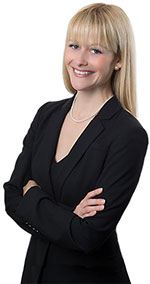 About Shine On! Kids
Certified by the Japanese government as a Nintei NPO in 2012, the Tyler Foundation—as it was known at the time—was founded in 2006 by Tokyo American Club members Kim Forsythe and Mark Ferris. The organisation was inspired by the smiles and courage of their son Tyler, who spent much of his short life battling leukaemia. After losing Tyler, they realised they could take his struggles and their experience and create something positive for families enduring what they had.

Shine On! Kids has established a range of unique programmes over the years with the goal of improving the quality of life of, and empowering, children and families affected by serious illness. They also aim to create awareness of the struggles these families face.

“In the next 10 years, we would like to see our support programmes in every paediatric hospital in Japan”, said Forsythe. “Reducing a child’s stress and trauma associated with treatment in hospital not only makes it easier for the medical staff and family caring for them, but it can have far-reaching positive effects months and years later, when the child resumes ‘normal’ life”.

Visit sokids.org for details and tickets (¥25,000 per person).
Subscribe for updates at facebook.com/shineonkidsjapan