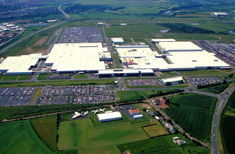 Nissan Motor Co., Ltd. has sought permission to expand its plant in the north-east of England, The Journal reported on 21 August.

The UK’s largest vehicle manufacturing base produced its first vehicle there in 1986, and now employs some 6,000 staff in an area that spans 2km2.

The latest extension would give the automaker an additional 2,300m2 of space, primarily for its paint and body shops.

Nissan plans to start producing cars for its premium Infiniti brand at Sunderland in 2015. Currently, Infiniti vehicles are made in Japan but, due to the strong yen, the firm has decided to move production out of the country.