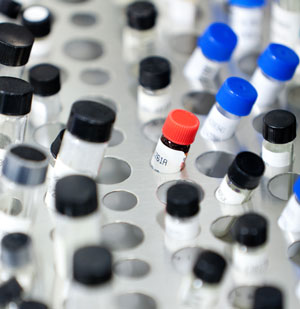 GSK has made substantial progress towards creating a malaria vaccine.

For most firms, the biggest news concerns the bottom line. But for British health-care firm GlaxoSmithKline (GSK), one of the biggest announcements of 2016 has been their position at the top of this year’s Change the World list published by Fortune. And in GSK’s case, the two things aren’t unconnected.

The list, now in its second year, highlights those firms who are achieving positive social outcomes, and all the while running successful businesses, too. Indeed, the firm’s operating profit last year hit £10.3 billion, an increase of 187% on the previous year.

For GSK, the route to the top has been long in the making, and its dedication and commitment around the world to modernize the way it does business contributed to its numerous social achievements over the past decade. Taken together, these have two main focuses.

Help where it is needed
Much of GSK’s work takes place in least-developed countries (LDC), and there the firm has taken a long-term view that prioritises patient welfare over short-term profits. And given the healthcare challenges that exist in those places—which can range from underfunded infrastructure through to the outbreak of unexpected diseases that may expand to the other part of the world—the resulting contribution can be immense.

In 2013, GSK formed a unique global partnership with Save the Children, which had the aim of saving the lives of 1 million children. This program, called “Orange United”, provides benefit not only for children in need, but also people in developing countries by improving access to basic healthcare by training health workers.

A significant amount of GSK’s work is focused on tackling major diseases directly. For around three decades the firm has been working towards a vaccine for malaria, a disease that has had a devastating impact in Sub-Saharan Africa. During this time, no vaccine for malaria has existed, but in January of this year the World Health Organization announced that GSK’s vaccine would be introduced to Sub-Saharan Africa through a pilot implementation programme.

Progress is also being made towards combatting enduring and emerging threats. GSK worked with the World Health Organization to accelerate the development of an Ebola vaccine candidate, and the firm also recently partnered with the government of Botswana on an HIV treatment programme. The firm is also collaborating with the National Institute of Health, an agency of the US Department of Health and Human Services, to create a vaccine for the Zika virus.

However, it is not just about creating the drugs themselves, but also improving access to them. GSK has introduced price cap regulations on their medicines in LDCs—no more than 25% of the price in developed countries is charged in LDCs, and the firm is committed to reinvesting 20% of its profits made in developing countries back into strengthening their health systems.

Access goes beyond prices, however, and improving access around the world requires a flexible and multi-faceted approach to intellectual property (IP) protection. While IP stimulates and underpins continued investment in research and development, GSK has taken the position that being flexible with its IP can help address pressing health challenges in developing countries. 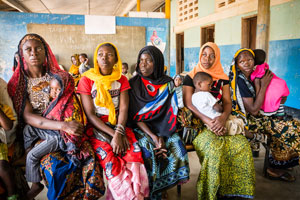 GSK has cut the prices of drugs in least-developed countries.

Trust and transparency
Ensuring patient welfare is being best served isn’t just about training and medicines, however. The decision-making processes that lead to a given course of treatment are of utmost importance too, and here GSK have taken significant steps to improving transparency and accountability within the industry.

One significant initiative by the firm has been to introduce a new, industry-first incentive scheme for their sales professionals. Since 2015 GSK has evaluated such staff based not on individual sales targets, but a range of metrics, including their technical knowledge, the quality of service provided and the overall performance of GSK’s business.

GSK has also shifted the model of its interactions with healthcare professionals (HCP) by ending the practice of paying them to speak on behalf of the firm at events attended by HCPs that prescribe medicine, as well as the paying of HCPs to attend conferences. And GSK has for years now disclosed all its payments to HCPs in a number of countries, including Japan and the UK, a system that it has been steadily widening to the other territories in which the firm operates.

However, contributing to medical education for HCPs is important and this year GSK introduced a new initiative in the industry aiming for the advancement of medical science. The firm is also diversifying the channels through which it provides educational information for HCPs, with GSK bolstering its digital technologies this year in order to widen access.

“Over the last decade, we have made industry leading changes to modernise and re-shape our business”, said Philippe Fauchet OBE, president of GSK Japan. And now the firm is very much seeing the rewards.

“[The Fortune award] confirms that [GSK] is part of a company that innovates on all fronts globally and in Japan, and that this translates into material gains for the world, for science and for the community, thus ensuring our long-term sustainability and profitability”.