Market entry and expansion: which regions and sectors need you and how to get expert help

An entire wall of the lobby at the IBSC JETRO Invest Japan Business Support Center is taken up by colourful pamphlets declaring “Fascinating Kanagawa: Best place for your business”, and “Saitama City: Business hub in the new era”, plus the more prosaic “Industry of Ehime”. Clearly, Japanese prefectures want foreign business.

“We’re seeing the start of a new trend since the Japanese government announced a new policy in June to develop the domestic economy by doubling the amount of inward investment and the flow of people into the country”, said Tadayuki Nagashima, director general of the Invest Japan Department at the Japan External Trade Organization (JETRO).

“We need this new flow of human resources, merchandise and investment because Japan is part of the globalised society and we cannot manage our domestic industry alone”. 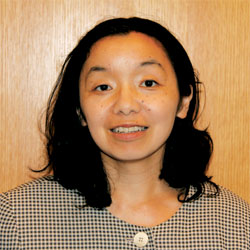 As one of the world’s largest economies and populated by consumers with impressive purchasing power, Japan is focusing its investment efforts on the areas of information communication technology, the environment, healthcare, tourism and the auto industry, he said.

But the market here does have some hurdles that need to be overcome for a firm to be successful. A JETRO study suggests that costs are the major impediment, followed by high demands on quality, problems finding suitable staff, regulations, and a conservative market.

These factors can be overcome, however, by differentiating a product, making a clear commitment to the market, hiring appropriately experienced local staff, as well as building up trust and understanding with Japanese partners, according to Nagashima.

Britain ranked sixth in terms of FDI in Japan at the end of 2009, with firms such as Bodycote Heat Treatments Ltd, Genetix Group plc and Horizon International Cargo Ltd. taking advantage of JETRO’s help to set up offices here.

A number of areas stand out for their efforts to attract foreign firms — both the city of Yokohama and Kanagawa Prefecture have excellent track records in helping firms set up, as do the city of Kobe and Hyogo Prefecture in the Kansai region — although Japan’s second city, Osaka, also has a well-oiled machine to bring in new business.

“Osaka has many positive points that we would like to emphasise, such as a huge market, excellent access, reasonable business costs and a concentration of manufacturing firms, to name but a few”, said Masahiro Arita, of the International Business Promotion Center’s (IBPC’s) Osaka Investment Promotion Center.

Through its Osaka Investment Support programme, the city helps firms draw up plans to start a business. The assistance includes rent-free temporary offices during the initial stages and a wide range of financial incentives ranging from help with rent costs, assistance in buying city-owned land and funds for establishing manufacturing facilities.

Osaka is actively courting technology firms and has become recognised as a centre for the new energy business, producing items such as lithium ion batteries and solar panels. 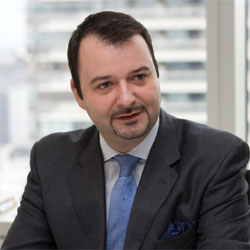 To keep up with demand for space, the city is reclaiming part of Osaka Bay, while Yumeshima island has been set aside for industrial use.

The year 2007 was a good one for new firms in Osaka, with 46 new arrivals. That number dropped to 22 in 2009, but officials hope that, now the worst of the global economic downturn seems to be behind us, it will start to rise again.

“Firms can get a lot of information on the investment environment and from market research, so they can set up their operations here smoothly”, said Arita. “We believe that our tailored support provides a sense of relief to firms when they enter the Japanese market for the first time, and that’s the best reason for them to choose Osaka as their destination”.

Others agree that it is not always as tricky to operate here as one might imagine.

“There is an image outside Japan that it’s very complicated to do business here”, said Andy Mankiewicz, CEO of global investment firm Tozai Group and a former BCCJ president. “I believe that puts off firms, but they need to know that it’s not as hard as it might seem, and there are many experienced entities to help first-comers to the market”.

“It may take time to build a company in Japan, but once it has become stable you can make a healthy profit”, he said. “Costs are another issue and they’re relatively high, but they have also gone down quite a lot in recent years — particularly in terms of labour and property costs — and I would say that now is a very good time for British firms to be looking at Japan. The British Embassy is always a good place to start”.

UK Trade & Investment (UKTI) says Japan is Britain’s largest export market after Europe and the US. Total exports in 2009 stood at £3.68 billion, dominated by healthcare, machinery and transport equipment. UKTI advises: “A long-term commitment and market strategy are required to become established in Japan. It takes time and patience, but as many British firms have found, it repays the effort many times over”.

Naomi Takegoshi, UKTI commercial and inward investment officer at the British Embassy Tokyo, said both the embassy and the consulate-general in Osaka are ready to help firms wishing to enter the Japanese market. “We can give analysis of the market prospects, suggest contacts and potential business partners, approach the Japanese contacts on behalf of UK companies, set up meetings, as well as provide other forms of assistance through a service which incurs a small time-based fee”, she told BCCJ ACUMEN.

“For companies who have developed some on-going business here, and wish to set up an office in Japan, we tend to refer them to JETRO who are very well placed to provide advice. However, the UKTI team in Japan can also help with contacting experts and service providers, so that companies would be able to prepare their business case for setting up in Japan. We also work extensively with UK companies who have a presence in Japan, primarily through providing embassy facilities for their events”. 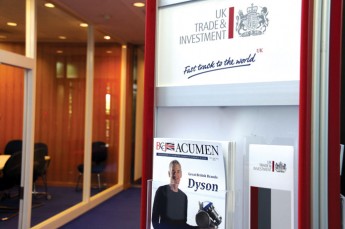 UKTI and the RBS Group recently announced the Asia Task Force partnership and a series of UK events in 2010-11 titled “Doing Business in Asia: Meet the Experts”, which includes up-to-date briefings from experienced businesspeople and British diplomats from across the region.

The economic downturn, however, has clearly affected the number of British firms looking to expand into Japan, says Greg Sutch, CEO of Oxford-based Intralink Limited, which offers market access and business development, but he is optimistic a rebound is on the way.

“Japan is still very important for British firms and is home to some of the key international players in the high-tech sector”, said Sutch, whose organisation specialises in bringing together US and European technology firms with clients and partners here.

Some of the biggest problems that foreign firms find, when looking for a first toehold in Japan, are simply a lack of experience in doing business in this market, language-related issues and, consequently, an inability to develop the right relationships.

“And that’s where we come in”, said Sutch. “Even if a British firm can talk to potential partners or customers here, they might not sell their product because Japanese firms will see it as too much of a risk.
“You need to have feet on the ground here and we — as a company that is staffed by fluent Japanese speakers who are sensitive to doing business here — can circumvent a lot of the protocols expected in business here as a way to accelerate the time to revenue”, he said. “This is critical for many small British businesses for whom Japan represents a significant investment”.

Chris Bowd, who jointly set up Venture Japan in 2006, says his firm has had a “never-ending stream of firms that want to sell in Japan”, particularly those in the cosmetics, confectionery, software and high-tech sectors.

“For the past five or six years, everything seemed to be going towards China”, said Bowd. “Firms thought they needed to be in China and that, maybe, Japan was a little bit mysterious for doing business, that not a lot of people here speak English, and that it was going to cost them a small fortune to make a tiny profit here. They just thought it would be cheaper and easier to launch in China.

“But I believe that trend is correcting itself now”, he said. “They may still need a presence in China, but Japan is definitely rising up the list of places where firms want to expand internationally”.
But there are still some major pitfalls, Bowd warns, such as turning to a recruitment firm at the outset to find staff.

Japan is definitely rising up the list of places where firms want to expand internationally.

“A new firm’s first hire should be a bilingual executive assistant, not an office manager”, he said. “That’s a post you fill later rather than earlier, when you already have a feel for the market”.

A highly recommended first stop for a foreign firm entering Japan or for those looking to expand here is the Japan Market Expansion Competition (JMEC). For a fraction of the price that a consultancy charges, since 1993 JMEC has provided professional, custom-made business plans to almost 150 Project Clients — including multinational corporations, entrepreneurs, start-ups and SMEs — to help them enter the market or to launch new products or services in Japan.

Supported by 14 foreign chambers of commerce, as well as established entrepreneurs and corporations in Japan, JMEC’s annual business plan service is based on a competition that lasts seven months and can cost project clients that sign up early less than ¥1 million. JMEC recruits high-potential entrepreneurs and executives through a tough screening process of interviews and presentations. The participants are put into teams and over the next few months are lectured, mentored and critiqued by experienced Japan-based businesspeople before their business plan is judged by a panel of JMEC experts. The confidential business plans can then be used by the project clients to carry out their market entry or expansion. 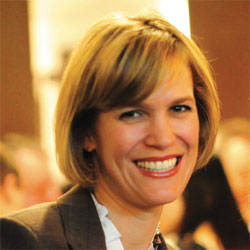 One of the 2010 project clients, Air New Zealand General Manager (Japan and Korea) Ed Overy, said after the event, “To see the quality and amount of talent that JMEC attracts is very encouraging. The [business plan they created] clearly identifies the potential of the education market for Japanese visitors to New Zealand and we will certainly use some of the output in the future”.

Another 2010 project client, whose team won second place, said: “We made an excellent investment by entering the JMEC project. We are delighted that we chose JMEC for the research and to help us create our market expansion strategy”.

Chris Phelan, business develop-ment manager at Weatherly Japan Inc., said the amount of work the JMEC 2010 team put into research and development of his plan was “truly amazing”.

“The quality of the results is at a professional consulting level. We will rely heavily on the research and advice with which the team has provided us”.

JMEC Program Director Laura Loy said: “A number of the business plans have been successfully implemented by our project clients and many participants have been promoted, received new jobs, or gone on to start their own businesses as a result of their JMEC experiences”.