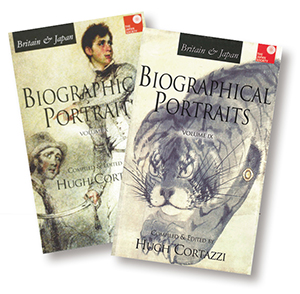 To mark the 70th anniversary of the British Chamber of Commerce in Japan (BCCJ), a series of articles looking at its history has been featured in BCCJ ACUMEN. In the latest article, Sir Hugh Cortazzi GCMG, former British ambassador to Japan (1980–84), looks at the close ties between the UK and Japan.

Development of trade
Shakespeare declared that “There is a history in all men’s lives”. The British men and women who travelled to Japan over the past 160 years and the Japanese who journeyed to Britain made the history of British relations with Japan. They were a varied and interesting set of people.

Among the first to arrive in Japan, starting in 1859, were the merchants. Development of trade between Britain and Japan was the prime reason for British interest in the reopening of Japan to the West in the mid-19th century and remains central to British policy towards Japan. British Foreign Secretaries and Japan is a book underlining this that Dr Antony Best, associate professor at the London School of Economics, and I have jointly edited and is to be published later this year.

Trade depends on many factors including science and engineering, culture in the broadest sense and the English language.

The people whose lives we at the Japan Society have recorded and reviewed in a series of 15 volumes published since 1991 are inevitably only a selection of the many thousands of British and Japanese who have contributed to mutual understanding.

I doubt whether any of the readers of BCCJ ACUMEN will want, or have time, to read more than a selection of the portraits we have published. Readers will rightly choose to look at accounts of people in their own fields of interest. 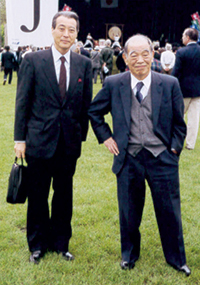 Movers and shakers
I am reluctant to highlight particular portraits as preferences and interests vary so greatly. But there are a number of portraits and essays in these volumes that are, I believe, particularly relevant to the concerns of members of the BCCJ.

I would like first to point to some essays that deal with trade and investment issues. Volume X of Britain and Japan: Biographical Portraits, published in 2016, contains a chapter titled “Selling electronics to Japan”, by Ivor Cohen and Peter Bacon. This shows how, with determina­tion and persistence, it is possible to sell coal to Newcastle. Another export-related article, by Peter Ackroyd, in the same volume deals with the wool trade. Volume IV in the series contained studies of some of the colourful businessmen who established the first British Trading firms here—namely William Keswick of Jardine Matheson, John Samuel Swire and Frederick Cornes.

The series dealing with people, events and organisations involved in relations between Britain and Japan comprises:

The Growing Power of Japan 1967-72: Analysis and Assessments from John Pilcher and the British Embassy in Tokyo

Volume X also includes some pieces about Japanese investment in UK manufacturing, which has contributed so much to revival and the revitalisation of depressed areas.

Of particular interest to members of the BCCJ is the account of NSK’s investment at Peterlee, County Durham, where the first manager was the late Sukeyoshi Yamamoto, who worked closely with the BCCJ. Other Japanese manufactur­ing investments in Britain covered in this volume include Mitsubishi Electric Corporation, Alps Electric Co., Ltd. and Chugai Pharmaceutical Co., Ltd.

Automobile manufacturing was a main feature of volume VI in the series, with its detailed account of the eventually successful efforts to persuade Nissan Motor Company Ltd. to invest in Sunderland. This was accompanied by a personal contribution from Shoichiro Toyoda and portraits that I wrote of Soichiro Honda and Sony’s Akio Morita.