Why the UK is Japan’s darling for FDI in Europe

Britain was an attractive destination for Japanese foreign direct investment long before the yen’s dramatic appreciation against sterling. The doomsayers who warned, years ago, that Japan would pull out of the UK unless it joined the euro zone have been proved wrong. On the contrary, Britain attracts more Japanese investment than any other country in Europe. 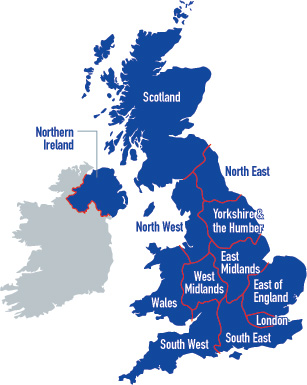 The UK is home to 1,400 Japanese investors, according to UK Trade & Investment (UKTI), a government body that helps British firms succeed in international markets and attracts their overseas counterparts in the opposite direction. They include well over 200 manufacturers, 160 research and development facilities, and more than 11 European headquarters. In 2008–09, UKTI secured 81 new investments, placing Britain second only to the US.

“Japanese firms are drawn to the UK because of our skilled workforce and the global nature of our economy”, said Ben Chesson, first secretary in the trade and industry department at the British Embassy in Tokyo. “They can see straight away that this is the right place for R&D as well. It’s not a hard sell. Our job is to ensure that Japanese firms meet the right people. We are networkers, not salespeople”.
The campaign to attract more Japanese firms continues, buoyed by significant commitments made by revered corporations, including Canon, Inc., which last year based its European headquarters in London, and Nissan Motor Co., Ltd., which will produce its Leaf eco-friendly model in Sunderland, as reported in the April-May issue of BCCJ ACUMEN.

The UK has secured a contract from Hitachi, Ltd. to supply intercity passenger trains, and is also home to Panasonic Corporation’s European Design Centre, which supports international design strategies and European operations — the first such facility of its kind in Europe. Britain is also banking on Japanese FDI to bolster its commitment to wind and other forms of renewable energy, as well as to the rapidly growing mobile-content sector.

While manufacturing accounts for the lion’s share of employment and capital expenditure, information and communication technologies, as well as the bio-pharma and healthcare sectors account for a growing slice of the investment pie.

Britain offers a decent quality of life for expatriate Japanese, whether they are located in London, Wales, Scotland, Northern Ireland or any of the nine English regions. “Returning Japanese managers do have an affection — an allegiance even — towards the UK”, said Chesson. “There is certainly a great deal of goodwill”.

The UK’s deserved reputation for academic excellence, coupled with its R&D facilities, is helping shift attitudes among traditionally inward-looking Japanese firms, he added. “In the past they have relied on in-house R&D and spent a lot of money in the process. Now they’re finding that collaborative external R&D is not only cheaper, but better and quicker”.

Inevitably, most FDI activity is concentrated in and around London. 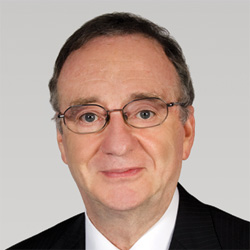 Graham Harris, senior advisor for Japan at Think London, said Japanese investment, while centred on the financial sector, is now spreading to other areas, notably pharmaceuticals, design, retail, hotels, food, drink and mobile content, with the 2012 Olympics as a focal point for would-be investors.

In competing with European cities such as Frankfurt, Brussels and Amsterdam for the attentions of Japanese investors, London makes much of its cosmopolitan character, noted Harris.
“We point to the quality of staff — not just British workers, but people of many different nationalities — in London and how easy and quick it is to hire them. There’s a lack of rigidity in our employment system that enables Japanese firms to adapt easily”.

London’s accessibility is another selling point. With Heathrow airport as its hub, the city is within easy reach of the continent for firms with major European operations. As a result, about 25% of the working population of London are employed by a foreign firm, with Japan the third-largest investor after the US and India.

Think London, which has run a Japan office for three years, has helped about 100 Japanese firms enter the UK market over the past 15 years, although the total number runs into the thousands.

The organisation has succeeded in bringing in Uniqlo, the Development Bank of Japan, and Nissan’s European design centre, and this year it is on course to attract a further 20 firms, in part helped by its Touch Down service, which provides incoming firms with free office space for up to 12 months.

But London tells only part of the story of Japanese business activity in the UK. It has also made significant inroads north of the border in Scotland, where 65 Japanese firms employ about 5,000 people.
Scotland is a world leader in regenerative medicine and home to centres of excellence such as the Scottish Centre for Regenerative Medicine, which is part of the Edinburgh BioQuarter. 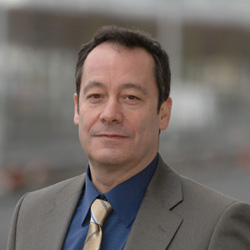 “We’ve found that Japanese firms which set up in Scotland tend to stay there”, said the body’s FDI country head for Japan at Scottish Development International, Stephen Baker. He cites Terasaki Electric Co., Ltd., which has maintained a presence since 1971 and now has its European headquarters there. “That’s a real testament from someone who feels that they have made the right choice.”

Other successes include Terumo Vascutek, which makes vascular prosthetic grafts. There will also be a significant Japanese role in Scotland’s huge offshore wind farm programme. Japan Wind Development plans to provide core technology to a smart-grid project, which aims to make optimal use of wind and wave power generation, in the Orkney Islands, off the northern coast of Scotland.
“Renewable energy is a big story in Scotland,” Baker said. “If you go right up into the north there is a consistent level of wind that is perfect for power generation.”

“Scotland’s chief selling point is its network of universities and firms, all in close proximity”, Baker added. “In Scotland, almost everyone is concentrated in a belt between Glasgow and Edinburgh, so it encourages real collaboration”.

Scotland’s achievements have been repeated in Southwest England, where there are 40 Japanese firms, mainly in the automotive industry and centred on the Honda Motor Co., Ltd. factory in Swindon and its suppliers. In addition, Toshiba Corporation has a cutting-edge R&D centre in Bristol.

“London is a financial centre, but we have renewable energy and aerospace clusters, and lots of semiconductor firms”, said Yuki Konaka, senior inward investment officer at the South West of England Regional Development Agency. 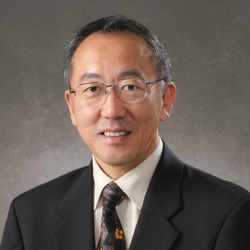 “The Southwest always does well in surveys of where in the UK people would like to live, so it’s a great place to recruit qualified and capable people. It has relatively lower costs than London and the Southeast, so you definitely get value for money”.

Wales, meanwhile, is home to 50 Japanese firms, including Toyota, which has an engine plant on Deeside, while Sharp Corporation manufactures solar panels and Airbus makes wings for its A-380 aircraft.
Wales began to look seriously at inward investment when it received grants-in-aid to decommission abandoned coalmines and modernise its economy, said Takeharu Nakajima, Japan representative of International Business Wales.

“During the 40 years since the first Japanese firm launched in Wales, a new business structure has grown up that includes, among other advances, the creation of jobs for women”, Nakajima adds.
“In some cases there are several generations of local people who have worked for Japanese firms, and those warm relations extend to outside the confines of business. We know of Japanese investors and their relatives who would love to return to Wales to live and work”.

"Women are also more likely than men to speak English, which is useful if they work for foreign firms or Japanese firms with foreign clients or overseas offices staffed by foreigners"

There are some ideas so revolutionary, so simple, and so blindingly clever that they deserve all the acclaim they receive. As millions of house-proud people around the world would tell you, the bag-free vacuum cleaner launched in 1993 by Dyson is right up there with sliced bread.

It may have been a testing 12 months for firms large and small everywhere, but the BCCJ's 2009 British Business Awards gala dinner on 26 November underlined the excellence in the UK business community here.