There are some ideas so revolutionary, so simple, and so blindingly clever that they deserve all the acclaim they receive. As millions of house-proud people around the world would tell you, the bag-free vacuum cleaner launched in 1993 by Dyson is right up there with sliced bread.

There are business legends that have grown around James Dyson — not least that he persevered through more than 5,000 prototypes of his first cyclone-technology vacuum, the Dual Cyclone, before it hit store shelves—but his long and deep relationship with Japan is less well known.

“James was here in the mid-1980s, before the company existed in its present form, and he recognised even then that Japanese consumers have a great deal of respect for technology and that they were genuinely very receptive to innovation in areas such as domestic appliances,” said Matthew Broadway, director of Dyson KK. 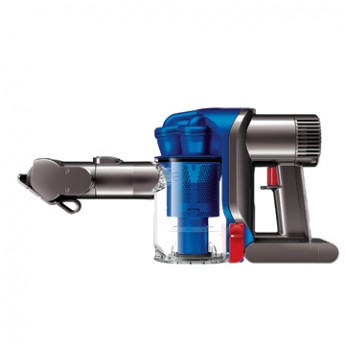 There was, never-theless, a huge challenge in entering a market so dominated by the world’s biggest names in consumer devices — and domestic producers have not always taken kindly to that presence, Broadway reveals.

“We have a history of watching our rivals’ developments and claims. Most recently we have taken issue with advertising campaigns that make [domestic] products look and feel like a Dyson. There is a lot of encroachment on our territory and even though there is no effort to copy our technology — which is well protected by patents — there are ongoing issues over some of our rivals’ claims”.

Imitation is the sincerest form of flattery, right?

An industrial designer who had worked for Sir Terence Conran, Dyson never planned to be an inventor of vacuum cleaners. As is so often the case when it comes to a discovery that changes an entire industry, the idea came to him by accident. 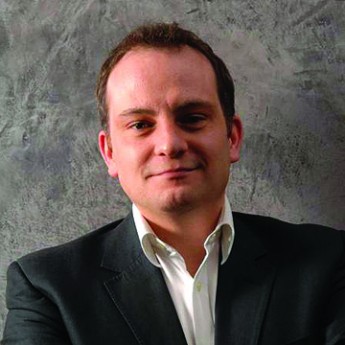 Cleaning his home one day, Dyson realised his vacuum was not working properly, and then noticed the bag was full so he emptied it. Later, the suction weakened again as the mechanism became clogged. The conceptual leap was to create a vacuum cleaner without a bag.
Taking as his model the sawdust separation cycle in a sawmill, where sawdust rises, spins and is removed through an exhaust, Dyson finally created a bag-less vacuum cleaner that worked, although nobody was initially interested in producing it — until a Japanese firm did. The idea took off, with the G-Force being sold door-to-door here for ¥200,000 and generating sufficient income for Dyson to start making a new model in Britain.

The DC01 was launched in the UK in 1993 and the company, based in Malmesbury, Wiltshire, became the biggest seller in the market within 30 months. Today, Dyson vacuum cleaners control half the British market and their distinctive design is recognised globally.
In 1998, Dyson returned to Japan —  the second-largest vacuum cleaner market in the world — where he started marketing the DC05 the following year. Today, the Dyson range of cleaners sells for between ¥73,000 and ¥90,000, and is available at 2,600 stores nationwide. Meanwhile, the new DC26 has been designed specifically to meet the requirements of those Japanese homes in which tatami matting continues to be the flooring of choice.

“We have two engineers stationed permanently in Tokyo and we had a third engineer here to work specifically on the DC26”, said Broadway. “They have a variety of roles other than just product design, including visiting people in their homes to see how the devices are used by a Japanese housewife; the problems they might encounter with the design; the floor types they are used on; the layout of furniture; the frequency of use, and so on. They try to immerse themselves in the life of a Japanese housewife.

“That has allowed us to design our smallest vacuum cleaner because a big and heavy product just will not work in Japan”, he said. “It must be small, light and easy to move around a small apartment. And it has to do the job better than any of the other products out there”.
The line has proved so popular here that the company is taking it back to Europe and will be marketing it as a “city-vac” for compact apartments in urban areas.

Part of the company’s secret has been to emphasise functionality over form — Dyson has stated “Design is not about the way a product looks, but the way it works” — and to keep the product simple for consumers to understand, something that is also apparent in the company’s straightforward advertising strategies.

The approaches are clearly paying off. In fiscal 2009, Japan became the company’s second-largest contributor to group profits, behind the US, and outstripped earnings from the UK for the first time. 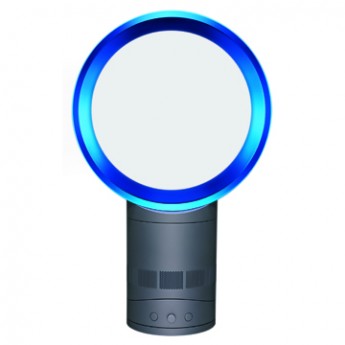 Despite all the good news, Dyson has never been one to rest on his laurels and he has been working with his engineers on a number of new projects, including, most recently, the suitably revolutionary Dyson Air Multiplier.

To overcome the problem of blades on a conventional electric fan literally chopping the air — making airflow uneven — the Air Multiplier takes advantage of the effect caused by air passing over an airfoil-shaped ramp, which draws surrounding air into a loop and amplifies the flow by a factor of 15.

The device appears to be simply a shaped loop atop a stand, but can expel 405 litres of uninterrupted air every second. With fewer working parts, it is both safer than a conventional fan and uses less energy.

“We have pretty aggressive growth aspirations for Japan and we see a lot of potential in this market”, says Broadway. “And because it is so important to us, we will continue to invest heavily in products that are designed specifically for Japan. We have a lot of innovations planned for the market here”.