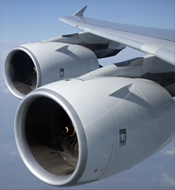 The £617mn agreement with the low-cost airline includes the supply of six Airbus A380 aircraft with Trent 900 engines, as well as responsibility for their long-term maintenance.

The British manufacturing firm has also signed a letter of intent to provide Skymark with Trent 700 engines for 10 Airbus A330 aeroplanes.

Both aircraft will go into operation in 2014.