The government of Prime Minister Shinzo Abe has declared that promoting women in the workplace is a key part of its political and economic manifesto. But the message is not seeping down to the old-boy network that still runs Japan Inc. and, just as important, to a society that appears still to be more comfortable with pregnant women leaving the workforce to serve as housewife and mother.

The question of Womenomics and the crossroads that it has reached in both Japan and the UK was discussed at a spirited British Chamber of Commerce in Japan seminar on 10 September. Mariko Oi, a reporter for BBC World News, and Professor Danielle George, a professor of engineering at The University of Manchester, compared and contrasted their experiences. 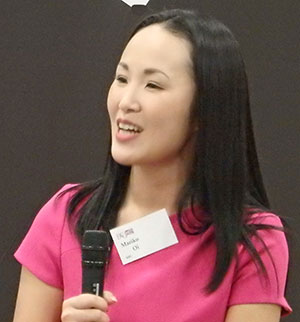 Oi, nominated for the Nikkei Woman of the Year Award, recently completed a documentary for the BBC exploring the attitudes of Japanese women to the workplace.

She was taken aback at the results of a recent survey by the Ministry of Health, Labour and Welfare that showed 41.6% of married women in their twenties believe that women should stay at home and focus on housework. That figure is up from the 35.7% of respondents who expressed the same sentiment in 2003.

“A lot of my own friends said they were glad to be able to stay at home rather than go back to work after having children”, Oi said, adding that her own role model of the husband in the average family, her father, “is completely hopeless and can’t do his own laundry”.

“I grew up thinking that was my role—and it’s not easy to change that way of thinking in an entire society overnight”, she said. “The idea of encouraging women to go back to work is great, but it’s not going to happen if society does not support it.

“That is the attitude that has to change if the government’s policy is to succeed”.

Oi said her own attitude to women in the workplace was shaped when studying in Australia at 16 years of age. Her host mother asked how she would take care of herself if she got married in the future and the marriage broke down.

“It took me a while to learn that juggling work with having a family is possible”, said Oi, who now has an infant daughter. “It’s not easy, but it is possible”. Meanwhile George recently demonstrated that being a woman is no impediment to taking on an imposing challenge, even when heavily pregnant. 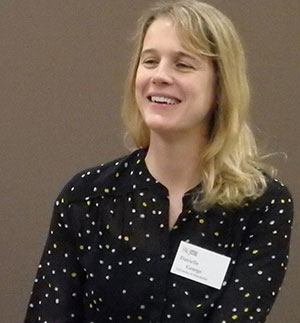 “There are not many women in the sciences and engineering in the UK, and even fewer female role models”, she said. “I was very pleased to be asked to present the 2014 Royal Institution Christmas Lectures, but I would have been eight-and-a-half-months pregnant at that time and I felt I had to make a choice”.

Initially deciding against becoming only the sixth woman in 189 years to present the lectures, George said her husband talked her around and that her university and The Royal Institution were both “very supportive”.

The lectures, which included a live conversation with Samantha Cristoforetti on the International Space Station, were a great success.

“There is quite a lot going on in the UK in science and engineering at the moment, and Prime Minister David Cameron has expressed support for women in engineering”, George said.

The government’s campaign to attract more women to careers in science, technology, engineering and maths (STEM) is an effort to address “biases and working practices” that “result in systematic and cumulative discrimination against women throughout STEM study and academic careers”, she added.

The UK target is to double the number of women undergraduates in these disciplines by 2030.

Japan has set targets for women in senior corporate positions, said moderator Suzanne Price, president of Price Global. As part of Womenomics, the government says it wants to see 30% of managerial and board positions filled by women by 2020. As an incentive, the government has said that firms falling short of that requirement will not be permitted to tender for contracts linked to the Tokyo 2020 Olympic and Paralympic Games.

Some seminar participants said that the 30% target might not be realistic in the immediate future. Moreover, the attendees broadly agreed that of all the impediments that exist, social pressure remains the single largest hurdle that women in Japan need to overcome.