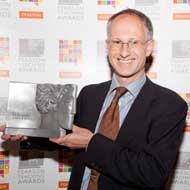 Promoting the value of learning languages

An instructor at a Devon college has been named secondary teacher of the year for his inspirational Japanese lessons and his role in building links with Japan, the BBC reported on 20 October.

The accolade was part of the annual Pearson Teaching Awards, and was given to Crispin Chambers of Tavistock College.

Chambers’ first experience in front of a classroom was in Japan, where he was “captivated by the respect shown to teachers”. He feels speaking Japanese is a great advantage in the jobs market.

Tavistock College has one of the largest Japanese departments in the country and organises an annual exchange for its students to visit Tokyo.