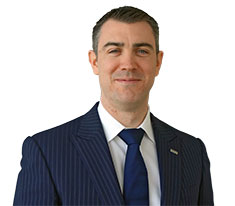 Diversity is a word that describes Robert Walters well, with consultants from 25 nations employed in the recruitment agency.

The sales and marketing division most notably represents the firm’s diversity, in part due to the leadership of a female director who is originally from India, coupled with consultants representing a dozen countries.

“I find it very stimulating to be surrounded by such diverse and talented people”, says Clive O’Brien, associate director in the sales and marketing division.

“The approach they take to reach and exceed their targets is varied and unique to each individual, and I am continually inspired by the imaginative solutions they bring to their daily challenges”.

O’Brien—a native of Ireland—also adds a diverse element, having worked in three divisions during the more than a decade that he has been with the firm.

“A part of my role is to identify the qualities in applicants to Robert Walters that will make them strong consultants.

“Enthusiasm, passion for learning and development, and strong communication ability are among the core skills we look for.

“These are also some of the key traits that are commonly sought across the industries for which we recruit.

“The most rewarding part of my role is in bringing together talented individuals and seeing them achieve great results as a highly successful team”, he concluded.