OnJapan Inc. is a community platform with a simple goal to connect Japan and the world.

“Of the five concepts surrounding our brand, the first three have already been launched successfully”, Managing Partner Yukiko Harada said.

“The other two—OnJapan Publishing and OnJapan Digital Media—will come on stream later in 2015. Together, the five concepts represent our cross-media platforms”. 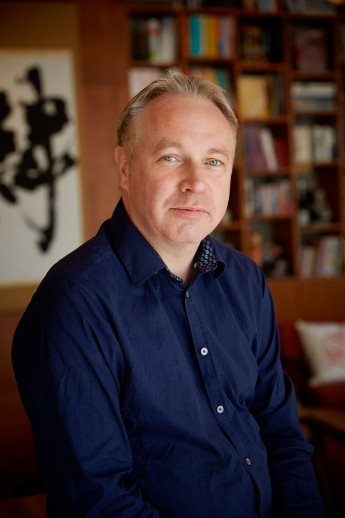 OnJapan Café, which is the firm’s flagship brand and epitomises its ambition to connect East and West, is the heart of the business. Located in the trendy Harajuku area of Tokyo, the café provides authentic Japanese cuisine with a Western twist—thanks in part to its top chef Edward Crawford.

A Scotsman and long-time Japan resident, Crawford is the café’s food producer and chef-in-chief whose long career in the kitchen includes six years as chef to an ambassador’s residence in Tokyo, as well as time spent cooking for VIPs in five star restaurants around the world.

With inspiration from some of Japan’s best food and drink, the Scot infuses ample amounts of youshoku (Western food) knowledge to create one-of-a-kind dishes.

In a recent campaign by OnJapan that coincided with the advent of spring, to promote the country’s regional food, Crawford created a seasonal vegetable dish with an original dressing.

“I shave the skin off the citrus”, said Crawford, “add it to the mandarin-like juice, and blend the lot with olive oil and fermented miso, which is also quite sweet.

The combination makes for a fruity and rich salad dressing that is a welcome alternative to traditional Western and Japanese dressings”. Indeed, using hyuganatsu mikan in this way is an innovation by Crawford.

Such rare and experimental combinations of Eastern and Western tastes, Harada said, results in entirely distinctive experiences for customers. What is more, it is an important part of the café’s attraction for Japanese and non-Japanese customers alike, she added.

The wide menu of hakkoushokuhin (fermented products), such as miso, sake kasu (deposits from sake production), and soy sauce, allow for often eye-opening and mouth-watering dishes.

These include Saga White Asparagus and Eringi Mushroom with Akita Miso, a tapas-style dish, and Iwate Beef Shin Stew with Hatcho Miso and Olive Oil Tapenade, a main dish.

Sake and shochu (distilled spirit) tastings and workshops, as well as classes in arts and crafts are typical. These include calligraphy, kimono dressing, Japanese green-tea making, flower arranging and Japanese cooking.

According to Miki Ito, the firm’s PR consultant, the main aim of the programme is to educate and inform in a fun and relaxed environment.

Fitted with an extensive audio-visual system, including free Wi-Fi, the warm, relaxed and homely atmosphere of the café and its complement, OnJapan Events, make the venue an ideal location for corporate occasions, as well as private parties and gallery exhibitions.

Taking advantage of Japan’s increasing in-bound tourism and the buzz surrounding the Tokyo 2020 Olympic and Paralympic Games, the firm is launching OnJapan Travel, offering bespoke trips from a duration of a few hours to a whole day or overnight.

These excursions include tours to sake breweries and taiko drumming schools, and take place in Tokyo as well as cities and prefectures throughout Japan.

For Harada, Crawford and Ito, OnJapan is offering hubs that are akin to social network communities and cultural bazaars. They are platforms where young and old, men and women, East and West, come together for fun, inspirational occasions.

As Crawford said: “I’d like to encourage as many people as possible to come here, because what we’re creating is very different. And we think it’s the beginning of something special that anyone can enjoy”.