Improvements in technology and data analytics, the emergence of new markets and the ever-present need to tackle climate change have led to a groundswell of innovation in the energy sector. Advances in everything from battery technology to energy management are in place or poised to take effect soon, and such changes are expected to bring significant benefits to businesses and consumers.

The UK has been at the forefront of this shift, and the adoption of so-called smart energy technology has been incorporated in the government’s industrial strategy. Meanwhile, Japan liberalised its energy market in April 2016 and is looking to embrace innovative solutions to its energy needs.

UK leadership in the sector, combined with growing opportunities in Japan, has seen an increasing number of British firms look east. Partnership between the two countries in the energy sector has been growing steadily over the past few years.

That has been particularly visible in terms of investment. For example, Moixa Energy Holdings Ltd., a home battery company, announ­ced it would launch GridShare, a technology that aggregates the capacity of multiple batteries, in Japan through a partnership with the trading house Itochu Corporation following an investment of £5mn by the latter firm.

“It’s our ultimate goal to manage all different types of energy storage system in Japan, starting with home batteries and building to include electric vehicle and the grid-scale batteries through partnerships with car manufacturers and utilities”, said Chris Wright, chief technology officer at Moixa.

SMAP Energy Limited, which offers software for utilities firms to analyse energy consumption data, is similarly bullish about its prospects, with co-founder and Chief Executive Officer Yohei Kiguchi telling BCCJ ACUMEN, “Our goal is to be the top energy data analytics solution in the market”.

Changing market
As the world’s fourth-largest electricity market, Japan offers plenty of opportunity, and this has been further increased by the intro­duction of competition, which has recently seen the likes of Tokyo Electric Power Company Holdings, Inc. (TEPCO) lose market share to upstart firms. And that increased competition is leading Japanese firms to seek innovative partners to gain an edge over rivals. 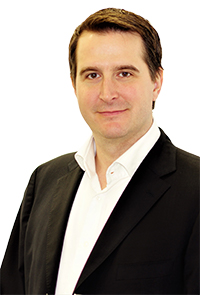 “The Japanese energy market is changing, and it’s changing a lot”, said Stephan Marty, head of international and energy storage at KiWi Power Ltd, a demand response and energy storage firm. “Basically what the UK and Europe went through about 15 to 20 years ago, they’re going through that now, so splitting up vertically integrated utility companies into the different parts, having more competition at the retail level, allowing access for demand-response assets, and energy for that matter, into the ancillary services market.

“It’s still a very interesting market for us because of sheer size, and they’re really now at the point where everything we’ve been doing over here for the past 10 years becomes very interesting in Japan as well”.

A way in
The British Embassy Tokyo has been lending its own support to energy firms looking to Japan, particularly in the areas of demand-side response, virtual power plants, energy storage and digitalisation. Previous trade missions have included Moixa, and the most recent trip, held in February, saw five firms participate in three sem­inars in Tokyo and Osaka, meeting more than 250 people, including potential partners and investors. Another trade mission is scheduled for next year.

“UK policy is leading the way to help foster new and innovative technologies and business models to overcome the challenges faced by the modern electricity grid”, said Tom Luff, first secretary, energy and infrastructure at the embassy. “The smart meter platform, which is expected to extend to all homes by the start of the next decade, is already creating opportunities for efficient ways of matching electricity supply and demand. As the rollout continues over the coming years, UK firms will test and finesse approaches that can then be exported.

“As well as physical products, such as smart meters and batteries, there are significant opportunities in services and software platforms, such as data management to optimise energy usage and aggregation”.

Also intending to ease the path into the market is the Japan Energy Challenge run by SMAP Energy and which counts Summit Energy Corporation, part of Sumitomo Corporation, and Enechange K.K., a Japanese energy price comparison website, as its partners. Seeking to connect European energy startups with Japanese firms, it is expected that five British firms will be involved in the initiative. 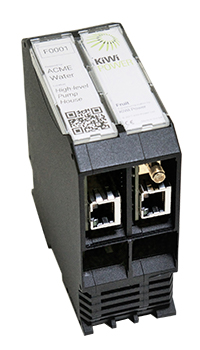 The right team
In complex markets such as energy, finding the right partner is crucial, particularly for the kinds of smaller firms and startups that are innovating within the sector. In this respect, investment from Japanese firms can play an important role in opening doors and deepening understanding of the Japanese market.

“The investment we secured from TEPCO last year and meetings we’ve held with the [Japanese] Ministry of Economy, Trade and Industry have built our market understanding and raised awareness of Moixa among companies in Japan, including with potential partner companies in different consumer, electric vehicle and grid markets”, explained Wright.

Similarly, SMAP Energy has benefited from its close ties to Japanese businesses through the Cambridge Energy Data Lab (CEDL), where the firm’s founders met. Enechange, for example, was spun out of CEDL after being developed based on lessons from the UK’s own price comparison websites.

“Our close ties with Enechange enabled us to approach virtually any Japanese energy retailer”, Paul Monroe, co-founder and business manager

(UK/EU/World) at SMAP Energy, told BCCJ ACUMEN. “It vastly accelerated our sales development cycle and continues to be one of our greatest assets to date”.

And last September, KiWi participated in the World Smart Energy Week in Osaka, an experience Marty described as “really positive”.

The firm is now engaged in discussions with potential partners and aims to reach a formal agreement within the next two years. 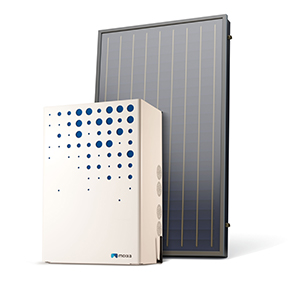 The time is now
This confluence of technological development, lessons learnt from British leadership in the energy sector and the changing Japanese market make this a particularly exciting time for UK firms.

“We’ve seen the Japanese energy sector evolve in a very similar way to that of the UK, and this has allowed us to capitalise on many trends well in advance”, said Monroe. “With the scale of change currently happening, British energy companies should absolutely consider this market in their future expansion strategies”.

And there is also a significant appetite on the part of Japanese firms when it comes to collaboration with British businesses.

“I think that’s how the Japanese are looking at this as well”, said Marty. “They know it’s changing, and they’re looking at a country where they have good connections, where people speak English—that always helps—and which has gone through all this change in the energy market.

“It’s seen as the forefront of the whole rev­olu­tion in the energy space that has happened over the past 15 years”.