Competition lies at the heart of the modern economy, with consumers routinely switching between products and services in a bid to get the best deal. But one area has remained stubbornly resistant to such habits: banking.

For many people in the UK, accounts are chosen while they are their teens—possibly based on inducements such as cash or free rail cards—and little thought is given to how their choice might play out in the years to come.

Now, however, the sector is set for a shake up, thanks to the UK’s implementation of the Open Banking initiative, which is designed to create software standards and industry guidelines to drive competition and innovation in retail banking. The initiative came into force on 13 January and will see new services rolled out over the coming months.

The first stage of the scheme went live in March 2017 and compelled banks to share information on branch and ATM locations and banking products.

The initiative is at the vanguard of attempts worldwide to open up banking data and improve services for consumers, so it is being keenly watched by many countries, including Japan.

Underpinning Open Banking is technology known as application programming interfaces (APIs), which are the basis of many services and pieces of digital infrastructure. These allow data to be transferred securely and automatically between pieces of software, and the goal of Open Banking was to devise APIs that provide standardised solutions. The banking initiative, set in motion by the Competition and Markets Authority, also implements the European Union’s Second Payment Services Directive, legislation that requires banks to open up data to third parties. 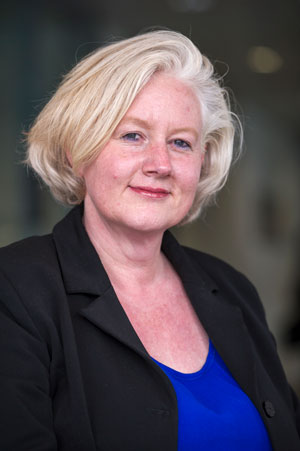 “What we’re seeing rolled out in the UK this year is the start of, or what will be the foundations of, a material change in the way that we as consumers experience financial services”, said Catherine McGrath, managing director of transactional products and payments at Barclays Bank PLC. “Bank accounts are only just the start and it should, hopefully, quite rapidly extend to a whole range of financial services propositions”.

The major changes, however, won’t come overnight, or even in 2018. Nevertheless, many in the industry are convinced that they will come within a few years. Key will be establishing security and trust around data, as well as offering compelling products to customers.

“The thing that is going to drive that change is when companies come up with exciting new customer propositions, so when there is a really good, compelling idea, then people will jump on it and start using it”, said Andrew Stewart, a partner at management consulting firm A.T. Kearney, Inc.

Unlocking potential
Although future applications of the APIs are very much up in the air—indeed, this is the source of much of the excitement in the financial sector around Open Banking—some products have already emerged. To some extent, these are based on existing products, but Open Banking will smooth out the implementation of them.

Take, for example, aggregators, which can bring together someone’s disparate accounts into one place for easy management. Such services already exist, but are conducted by a process called screen scraping and require users to share their passwords, something many are understandably uncomfortable doing. Open Banking APIs, meanwhile, can make that step of the process redundant.

Other applications include tools to track spending and help with budgeting; a simplified process for sharing evidence of finances when applying for loans; and services aimed at free­lancers and the self-employed, such as Coconut, which monitors how much tax is owed and keeps track of expenses.

Further down the line, apps could automatically shift money between accounts to prevent one from being overdrawn; suggest more competitive plans for phones, insurance and utilities; and offer cheaper payments between customers and retailers by cutting out middlemen such as Visa Inc. and Worldpay Group plc.

But Open Banking shouldn’t just be seen in terms of its significance for consumer-facing banking.

“Actually some of the opportunities around providing these services to businesses, particularly to small- and medium-sized businesses, are probably the most exciting area of all of them”, said Stewart.

Banking on disruption
With the likely unbundling of financial services and increased competition from tech firms large and small, the very future of incumbent banks is thrown into question. As various services are hived off to other firms, banks run the risk of being reduced to the “dumb piping” of a utility, with a consequent hit to their bottom lines.

Giving a sense of the impact this might have is management consulting firm McKinsey’s A Brave New World for Global Banking: McKinsey Global Banking Annual Review 2016, which states that in a revolutionary digitisation scenario, margins for consumer finance and payments in Japan could fall by 25.1% and 23.6%, respectively. Meanwhile, the UK would also see double digit declines, at 13.8% and 21.7%.

“I absolutely believe it’s a threat, and it’s a threat if you sit on your hands and believe the world of financial services isn’t changing”, said Barclays’s McGrath. “You will start to lose not just the engagement layer, but you’d actually start to lose that core relationship [with the customer]”.

For McGrath, escaping that fate will, to a large extent, come down to building and maintaining trust. With consumers increasingly sceptical about the amount and uses of data collected by tech firms, the opportunity is there to reassure customers that their data isn’t being exploited and that banks are helping the customer to make money in a way they can understand.

“I think you can shift it to being more of an opportunity than a threat if you’re very, very squarely in line with the customer’s agenda”, she said.

Global trend
Japan is also making a move into territory similar to Open Banking, with the government’s Investments for the Future Strategy 2017 setting out a target for the adoption of open APIs by at least 80 banks by 2020.

The standardisation of such APIs is currently being overseen by the Center for Financial Industry Information Systems but, as in the UK, the response to the opportunity presented by them has differed depending on the size and nature of the bank.

“Well-capitalized megabanks and certain online banks are more proactive in the use of open APIs”, said Chikara Adachi, senior manager of Japan financial services at Ernst & Young ShinNihon LLC, noting that this might not be the case for Japan’s regional banks, some of which do not recognise the need for the APIs.

Nonetheless, these targets are more ambitious than what is currently being seen in the UK. There, the January roll-out applied to the country’s nine largest banks and building societies, six of which missed the deadline.

“In a way, that’s pushing ahead of Europe and there already are some new fintechs such as Money Forward that provide an overview of what people’s accounts are and give them some form of financial planning”, said A.T. Kearney’s Stewart.

Nonetheless, there are challenges. Adachi points to the costs of implementing APIs, which will probably have to be borne by the banks themselves. Then there is a question of attitude.

“It’s also a challenge to the culture of some of the traditional banks, which for many, many years have had one way of going to market and are quite isolationist and they need to now be more open and really bring the customer into their bank and understand what a customer needs”, said Stewart. “There is going to be a lot more partnering between banks and fintechs, creating these ecosystems. And that partnering is not something that banks necessarily have all the skills and capabilities to do”.

Open access
With the UK taking a lead in opening banking data and Japan setting ambitious targets of its own, there would appear to be significant scope for UK–Japan collaboration in this area. In the short term, however, this is likely to remain limited to learning and partnerships.

“I think Japanese firms would be interested in seeing how this will transform retail banking and also in learning how to deal with some of the challenges coming from opening APIs—for example security, who owns liability in cases where the bank account holder’s interest was compromised and so on—are being handled”, said Naomi Takegoshi, trade and investment officer at the British Embassy Tokyo.

“I don’t think there’s any UK bank that would suddenly try and launch in Japan, but I think it’s more a sharing of experiences and opportunities and customer propositions each way”, he said.

Nonetheless, there are likely to be more opportunities in Japan for UK fintech firms, and later in 2018 the British Embassy Tokyo hopes to repeat the fintech trade mission it carried out last year.

“UK fintech businesses providing competitive and convenient services to UK banks might see opportunities in serving Japanese banks, and successful Japanese fintech startups might find opportunities in selling their services to the UK market”, said Takegoshi. “As the UK Financial Conduct Authority has a cooperation framework with the Financial Services Agency of Japan—signed in March 2017—this should also help facilitate UK firms entering Japan and vice versa”.