Equality, Diversity and inclusion (EDI) is a topic that pervades the corporate human resources dialogue, and 2017 was the year we saw things really begin to change for minority groups in Japan. From the progression of Prime Minister Shinzo Abe’s Womenomics agenda, to the passing of legislation to protect individuals against bullying based on gender identity and sexual orientation, Japan is beginning to make strides in the equality arena.

A growing number of professional networks and groups are being created to provide a place for minorities to share experiences, get support and not feel alone. Such groups can be found at firms or they may take the form of larger external organisations. In the UK, they are plentiful, although in Japan there is some room for growth, particularly when it comes to those catering to non-Japanese. 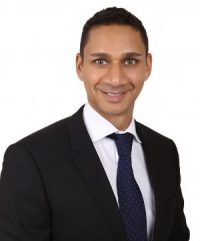 Japan context
James Nepaulsingh, a lawyer in Japan for 10 years, set up the BME Lawyers Tokyo Network in February 2017 to promote a positive message. He told BCCJ ACUMEN one of his major influences was a group of black University of Cambridge students, who published a photo of themselves to promote the institution as a place at which other black people can thrive in.


“I wanted to do the same for Japan and make [Japan] appeal to black and minority ethnic groups”, he said. “Before I came out to Japan I was given a lot of misinformation about how BME people were treated in Japan, and so I wanted to create that sort of positive image”.

Although Nepaulsingh himself has not faced any direct discrimination, he has noted a few things about being a minority in Japan.

“What is interesting in Japan is, I think, all foreigners are put in the same bucket. So I’ve heard white people, for example, complain about no one sitting next to them on the train”, he said.

One of the core issues for minority groups in Japan is conformity and the feeling of standing out from the crowd. “I think when you are a minority, there is such an implied pressure that you have to conform to be successful and it is quite a difficult thing to find your own niche where you can actually be yourself. And it’s great to talk to people about that kind of experience, of how you can find your own voice, and be yourself within a society”, he said.

Providing role models is one way of showing that BME people can be successful in Japan and networking with other BME lawyers is a crucial part of this: to share stories, experiences and advice.

The group organises events to allow for networking and did a charity run in September up Tokyo Tower for TELL, the mental health charity for Japan’s international population. There is still scope for more, however, and Nepaulsingh said they are looking at ways to reach out to other networks.

The members of this network are diverse, too, in terms of age and employment, with participants from both international and domestic firms, as well as legal recruitment agencies. The benefits of this kind of network are clear. “In terms of empowerment, it gives us a voice, because we’ve all had similar experiences being an ethnic minority”, he said. “You can’t always talk about certain things in the context of a work situation as others may not understand what you are going through. It’s the same for any minority groups—for example, women in the workplace”.

Women will
And there are women’s networks that are growing strong in Japan, including FEW.

“Our main focus is on empowering women to reach their full personal and professional potential by providing them with practical skills they can readily apply regardless of if they work in a big company or run their own business”, said Sarah Achilles, president of FEW. “We also focus on creating opportunities for genuine connection and networking across professions”.

When asked whether there was room for more groups such as theirs, Achilles suggested there are enough groups and networks that primarily target English-speaking women, including Japanese women.

But she added, “There are always new groups popping up or reinventing themselves so as to cater to women’s changing needs or to a certain industry or population of women. We are also seeing an increase in groups targeting young Japanese women, such as chapters of Lean In, but there is still room for more support on all fronts”.

The Association for Women in Finance Tokyo is one such organisation that caters specifically to women in the financial services sector, with mentor dinners and speaker events. Meanwhile, not-for-profit organisation (NPO) Women Who Code Tokyo specifically focuses on females who are active in the technology industry.

“We’re off to a good start”, Chiaki Narusawa, director of Women Who Code Tokyo said. “A quick inquiry in the search engine will yield a good amount of resources for females in Japan looking to explore programming and online groups to join.

“However, we can definitely use more networking opportunities where women can connect face-to-face with other women who share the same interests”. To do this, she said, collaboration with technology firms to host such events is key.

Corporate efforts
One group that is working directly with firms to help them incorporate programmes to support the lesbian, gay, bisexual and transgender (LGBT) community is the NPO Nijiiro Diversity, and there are specific things that need to be considered when setting up programmes or groups to support employees. 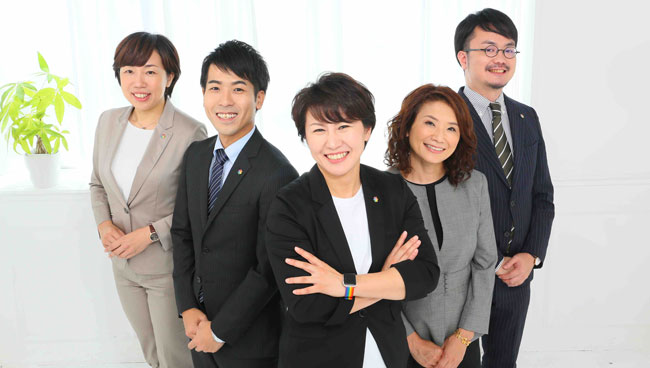 Yuri Igarashi, director of Nijiiro Diversity’s Tokyo office, explained that there are multiple ways that firms can support their employees. These include incorporating guidelines; publicly declaring that diversity is being promoted, particularly by management; having a same-sex partner registration system, with the benefits that the firm applies to couples and families broadened to include same-sex couples; and establishing support teams and guidelines for transgender sex transition.

Firms would also be wise to be mindful of some crucial considerations. For LGBT employees who request a consultation, it is important not to interrogate them or force them to come out, Igarashi explained. Meanwhile, privacy and safe information management should also be borne in mind.

Nepaulsingh noted that a lot of local law firms are looking at setting up their own internal LGBT groups, particularly given the push for acceptance of same-sex marriages in Japan. However, having external organisations remains important as Igarashi explained that external organisations play an important role for many who are not able to come out at work.

“There are LGBT employees who only participate in outside groups because they cannot come out in their firm. They emphasise broadening the network of connections outside the firm and I think that it will have a positive influence on the consciousness of LGBT employees through the exchange beyond the firm”.

Narusawa believes that a broader spectrum of concerns can be addressed at external and larger networks. “Larger organisations can address a broad range of issues, while companies may only discuss issues relevant to themselves”, she explained.

For women, FEW’s Achilles believes there are a small number of steps to take when integrating programmes or groups to support female employees. She mentions mutually beneficial mentorship programmes, flexible work styles, and understanding the needs of women at work. A crucial part of this is having buy-in from both management and men in the firm, incorporating initiatives as part of overall business strategy, as well as ensuring firm-wide support and implementation.

“Firms need to provide opportunities for women to take leadership roles, not necessarily always for big projects, but also more casual opportunities, such as spearheading club activities, facilitating intimate lunchtime learning-focused discussions on an area of their interest, and so on. That way female employees can leverage their strengths and build confidence”, she explained.

With the growing number of networks and organisations in Japan, there is much for firms to learn about the best ways to recognise and address the needs of different minority groups within their corporate culture. Although progress has been made for women in the workplace, more needs to be done at firms to support the LGBT and BME communities, and learning best practices from those organisations outside firms is one way to do this.

“Dealing with inequality in the workplace is already hard on its own, but trying to handle it without any support makes it even more difficult”, said Narusawa.