UK architects at home in Tokyo 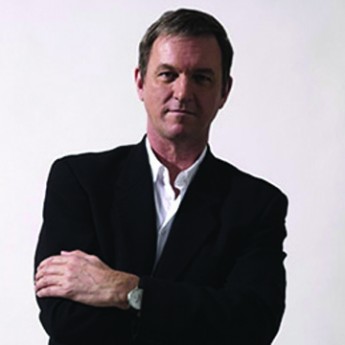 “It definitely means something to many of our clients for us to be British”, said Dytham, of Klein Dytham Architecture (KDa), one of Tokyo’s most innovative architectural practices. Dytham and co-founder Astrid Klein arrived in Japan in 1988 to set up a temporary office in what they believed was simple budget accommodation, but was actually a love hotel, and began working with local architectural icon Toyo Ito. The couple established their own practice in 1990 and in early 2008 celebrated a 20-year anniversary retrospective of their work.

Their designs include architecture for Uniqlo and hair salon Sin Den, plus interiors for TBWA/Hakuhodo, Selfridges and Virgin Atlantic’s Clubhouse at Narita International Airport. In 2008 they won the BCCJ’s British Business Award for Corporate Innovation.

“Being British immediately conjures up pictures of Richard Rogers and Norman Foster-style high-tech architecture, but I think it means much more than just that to most people here”, said Dytham. “The Japanese understanding of ‘Britishness’ tends to include anyone to do with good design from James Dyson (vacuum cleaners) to fashion designer Paul Smith and designer Sir Terence Conran. We are always asked if we know them. Within the architectural world there is already a certain notion of innovation associated with being British”. 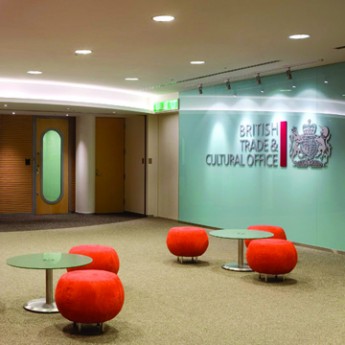 At the British Embassy Tokyo

UK- and Japan-trained Benjamin Warner, who came to Japan in 1981 as an assistant architect to Masayuki Kurokawa, agrees his Japanese clients associate British design with innovation. “There is certainly the perception that we provide design with ‘flare’. Our buildings, like the Iceberg (the Audi building on Meiji-dori) and the Omotesando building that houses Zara’s Shibuya flagship store, are good examples of working with a client who was looking for something different”.

Warner established Creative Designers International (cdi) in 1993. “We work on many things British. The British Embassy, British Council and British School in Tokyo are all clients. But sometimes this perception of being totally British can be frustrating. I once was asked to work on a Japanese architect’s design for a development that was marketed as a British gentlemen-style block of flats. The client asked me to pose on-site for the advertisement — wearing a bowler hat and holding an umbrella. I still have the photograph”. 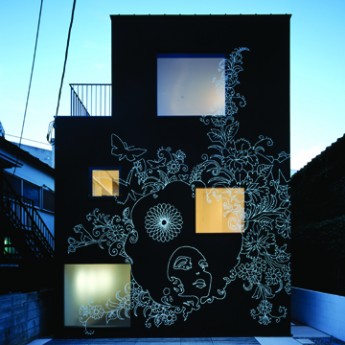 Warner said a local office and understanding of the Japanese development process is critical to a long-term presence here, “rather than flying in and out like a big imported architectural name. Japanese developers have learned a ‘big architectural name’ usually means a big bill and more hassle. Why ask someone to come from England when you have a larder full of talent at a much lower cost?” Those days are over, agreed Dytham.

“A lot of famous-name architects were invited out here during the economic bubble, but we came out on our own steam and wanted to be here. It’s a very different thing”.

A key advantage for British architects looking to work in Japan is that the UK is still considered to be one of the premier places to study architecture, said Dytham and Warner. Both stress that the training process UK architectural students undergo is very different to that in Japan, offering a greater emphasis on aesthetics and engineering.

“My British training was from the Richard Rogers/Norman Foster School of design with its big engineering influence. It is also very much concept-led”, said Dytham. “You must have a big idea at the very beginning of the process — a bit like going to the site and having a eureka moment. There is Britishness to that. The Japanese process is very different; it is more about a cloud of ideas that coalesce over time into a concept. Each way has its merits! Some 95% of building in Japan is just building, not architecture. The buildings you see in places like Omotesando are architecture — the rest are buildings. Architecture is only 5% of what we see”. 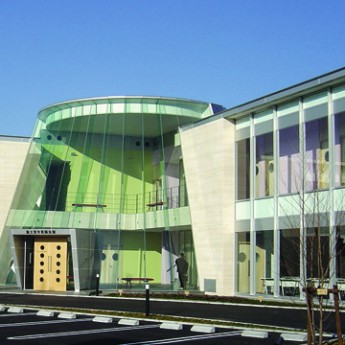 “British training includes other specialist consultants at a much earlier stage of the design process, whereas in Asia you can get to quite a detailed stage of design before working with other specialists, and architects are expected to be far more intuitive during the early stages of the work”, said Warner. “I believe the key advantage of being a British architect is performing the role of bridging the two cultures and architectural styles. They are two very disparate ways of working so I try to find a common path. It can be very difficult”.

An emphasis on aesthetics brings a fresh perspective to how the Japanese-built environment is perceived, said Dytham. “It’s not so much about being British. Any foreign architect working here sees things that local architects don’t. We see the lace and gloves in a taxi whereas it’s invisible to someone Japanese. It’s about looking at the city in a different way. We understand the Japanese aesthetic, but like to play it back on itself. It helps that we come as an outsider, but are an insider outsider. There are things clients talk to us about because they would get a stock answer from a local architect. We refuse to give the standard-design response and bring experience from all round the world. We work hard at keeping inspired”.

Entering the architectural market here as an individual is much more difficult in today’s economic climate, warned Warner. “You have to establish yourself here. A number of us have done it successfully, but the work environment is very complex and has become much more competitive. For instance, we’ve recently been asked to compete with 100 different companies for one project. We’ve been lucky to have a few very good clients, but today it is far easier for international architects to find new work in, say, China, Taiwan or Southeast Asia. Ironically, being British and being based in Japan is probably the best combination to win work there since this is a country that is looked at and appreciated for its quality”.