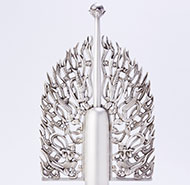 A British film has been awarded the Grand Prix Japan Prize in an international contest for educational media, according to a 21 October press release.

Produced by Green Lions and The BRITDOC Foundation Project Wild Thing is the story of a father of two young children. Inspired by childhood memories of the outdoors—and prompted by the increase in childhood obesity and mental illness in the UK—he starts a marketing campaign to encourage children to play outside.

The Japan Prize was established by NHK in 1965 to encourage better educational broadcasting for the next generation. This year, some 320 entries were received from 60 countries.

Another UK entry, Lizard Girl by Feelgood Fiction Ltd., was recognised as The Best Work in the Primary Category (content for children ages 6–10). It received The Minister of Education, Culture, Sports, Science and Technology Prize.