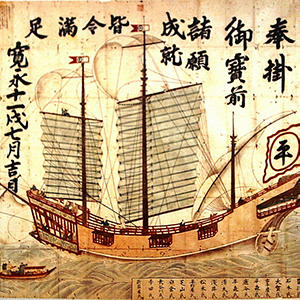 Nestled between the Rugby World Cup 2019 and the opening ceremony for the Tokyo 2020 Olympic and Paralympic Games is another important event. On 16 May 2020, the William Adams Club will commemorate the 400th anniversary of the death of English mariner and navigator William Adams at Hirado, in Nagasaki Prefecture.

Adams was baptised on 24 September 1564 at Gillingham in Kent, his unrecorded birth date being a few days earlier.

His subsequent achievements include: being the first Englishman to land in Japan, on 19 April 1600; becoming a samurai and adviser to the first shogun, Tokugawa Ieyasu; and, together with Captain John Saris of the East India Company, negotiating the first Japan–British diplomatic and trade agreement in September 1613.

By any standard, these are laudable achieve­ments, but especially so in regard to the relatively humble background of the Adams family. He qualified as a mariner, became a pioneering navigator and could communicate in both Dutch and Portuguese. Later, in Japan, he mastered Japanese and became the interpreter preferred by Tokugawa Ieyasu, founder of the Tokugawa or Edo shogunate (1603–1867). All this was founded upon innate qualities as a brave adventurer and skilful diplomat.

At the tender age of 24, Adams played a meaning­ful role as captain of the supply ship Richard Duffield, in the 1588 defeat of the Spanish Armada by Lord Howard and Sir Francis Drake. Ten years later, he signed up as a navigator on one of five ships in a fleet that set out from Rotterdam on a Far Eastern trading venture. At departure from Rotterdam, the fleet had a complement of about 500 men. On the way, his brother Thomas was killed by savages, and only the Charity managed to reach Japan. Upon arrival, only Adams was coherent and standing; and while some 24 crew members were alive, six were dying.

Enduring continuous threats to his life by Portuguese Jesuits, who were jealous and concerned about the increasing reliance of Tokugawa Ieyasu on Adams for advice—especially in respect to foreign affairs—he melted into a Japanese way of life and dressing and married Oyuki Magome, who bore Joseph and Susannah. (In England, Adams had a wife and daughter, being Mary and Deliverance).

His multifarious achievements in Japan included building ocean-going ships for the Shogun and teaching Tokugawa Ieyasu mathematics, geography and gunnery. The highlight, however, was the conclusion of the first diplomatic and trade agreement—the Shuinjo—in September 1613, together with Captain Saris, at the behest of the East India Company and on behalf of King James I (1566–1625). A copy of the Shuinjo hangs on one of the walls at the British Embassy Tokyo. 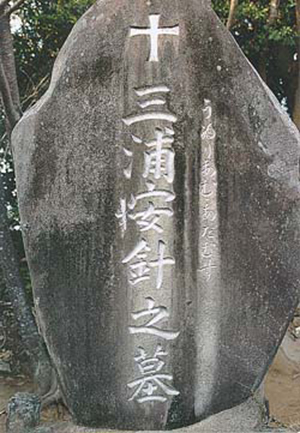 In the summer of 2015, I was stung into action by the realisation that the 400th anniversary of the death of William Adams at Hirado was due on 16 May 2020, and that the British community had not erected any monument in Japan in recognition of his major historical achievements. This is the case despite the fact that the activities of Adams are taught in Japanese schools, and that monuments have been established in towns with an Adams connection, such as Hirado and Yokosuka.

I contacted my old friend Ian de Stains OBE, and invited him to my home for dinner on 24 September, 2015, being the 451st anniversary of the baptism of William Adams at Gillingham in England. The William Adams Club was formed that night to remember and promote the life and times of this English hero. Sadly, Ian’s health soon deteriorated and he passed away on 18 December, 2017. He was a long-term executive director of the British Chamber of Commerce in Japan (BCCJ).

Early in 2016, a visit to Hirado was undertaken that resulted in working links with the Hirado City Council. Subsequently, the William Adams Club provided substantial funds for the refurbishment of the very large hilltop William Adams Memorial site, in readiness for the local commemoration scheduled for 31 May, 2020.

In Tokyo, the club received strong support and encouragement from Sir Tim Hitchens CMG LVO, former British ambassador to Japan (2012–16), who is a founding member.

Such enthusiasm has been clearly maintained by Paul Madden CMG, the current British ambassador to Japan, who has kindly allocated an ideal setting within the embassy compound for the William Adams Club to erect a memorial monument that will commemorate the 400th anniversary of the death of our hero on 16 May, 1620 at Hirado.

The memorial will be a sculpture produced by Kate Thomson, whose works already feature in the embassy compound. The cost thereof will be ¥5.4mn. Having generously supported Hirado, which, like many outlying cities, suffers from a declining birthrate and, therefore, has a shrinking population, the club is selectively seeking dona­tions to help with the cost of the sculpture.

I should explain that the William Adams Club has no formal constitution, with all executive duties being undertaken completely on a pro-bono basis. The membership comprises some 23 fellows, being a combination of Japanese and British, plus a single US national. The common interest is the life and times of William Adams and, three times a year, we hold celebratory dinners. It recently dawned on me that we are not really a club, but rather a task force to ensure that William Adams gets the recognition he so richly deserves at both Hirado and in the embassy compound.

My vision is that, after May 2020, the William Adams Club will become a much more formal and organised institution, open to one and all who are interested in British history as relevant to Japan. Youth of both genders, of whatever nationality, will be encouraged to participate. And, although the name of the club will doubtless remain, I see expansion of focus to embrace other influential characters such as Sir Ernest Satow and Thomas Glover.

Ideally, I envisage an expansion of relation­ships to include all Japanese cities with a William Adams connection—including Yokosuka, Ito and Usuki—in addition to Hirado. I foresee bilingual younger persons being made individually responsible for cultivating ongoing bilateral relation­ships with the local govern­ments of the towns to which they have been allocated. In turn, they would report to the standing committee of the organisation.

In the meantime, the current dedicated small group will concentrate on getting the scrum across the line, in both Hirado and at the embassy, to ensure that the 400th anniversary of the death of such a key person in Japan–UK relations is properly commemorated.

History is important because it tends to repeat itself, and we can learn therefrom. Sir Winston Churchill once stated: “The farther back you can look, the farther forward you are likely to see”. It’s a pity that current politicians seem unaware of this, but that is a subject for another time and another place.