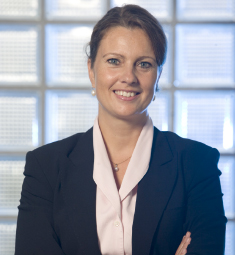 People are planning their careers differently these days

At a glance, Randstad’s slogan might seem somewhat overused. “Good to know you” encapsulates more than 50 years of a firm’s ethos that places value on understanding its clients and candidates. It is also an appropriate adage for the far-from-rosy future of Japan’s employment market.

“In Japan we believe the key for the future lies firmly with retention”, said Marjet Andriesse, vice-president of the Japan branch of the Global HR services firm.

“It’s going to be a very tough fight for everyone to employ the right people, so once you do, you need to keep them because they are going to become increasingly scarce. And to retain employees, you need to know them”.

A skill imbalance resulting from Japan’s shifting demographics is the reason for this projected scarcity. Human resources are already starting to become strained as a result of Japan’s rapidly ageing society, Andriesse added.

“On the one hand, the economy is slumping, while on the other, the government is estimating that there will be 8mn fewer jobs by 2020”, said the Dutch native, who lived in Japan as a child and returned two years ago following Randstad’s acquisition of FujiStaff Holdings, Inc.

“So you could say, falling population, falling jobs numbers—that must add up. But, in fact, what you will have is a quantitative and qualitative mismatch”.

The qualitative mismatch that will result from a declining manufacturing sector and a growing service sector is one of the biggest concerns for Japan, Andriesse revealed. “Unfortunately, blue-collar workers cannot suddenly switch over to being white-collar. Our research shows that, on a global level, there is definitely going to be a mismatch in skill availability. Japan will be no different”.

An understanding of the changing attitudes towards employment in Japan will also become increasingly crucial. According to Workmonitor, Randstad’s quarterly research publication in Japan, the Japanese are gradually moving away from the overtime-devouring, company-devoted salaried employee stereotype, to a more discerning worker seeking a rewarding employment experience.

“It’s interesting to see that, while Japanese employees are loyal and committed to their business, only a small percentage seem to be engaged with the company for which they work. This is something that will need to be addressed when issues of retention arise.

“It’s interesting to see that while salary is still a top priority for employees, other things, such as personal development and pleasant colleagues are starting to gain increasing importance”.

One question asked in the survey is “Do you work to live, or live to work?”, Andriesse added. “We were surprised to find that Japan is now switching to ‘work to live’ from ‘live to work’, which I think was predominant here for decades. This is further proof that people are becoming focused not only on the company, but on themselves as well”.

According to Andriesse, this change in attitude became particularly noticeable following the triple disaster in the Tohoku region last March. “I think 3/11 accelerated this, but it seems to be a trend that young Japanese with good university degrees no longer want to spend 50 years rising through the company ranks. They want to get there faster, even if that means quitting jobs that previously they would never have dreamed of quitting”.

In fact, the gradual demise of Japan’s lifetime employment system has started to change the way Japanese view their career planning, she added. “Tier one companies [large firms] cannot sell lifetime employment anymore. They are cutting many jobs and employee loyalty is decreasing.

“We are seeing globally that, if you make your workforce more flexible, you can ride the waves of the economy. However, in Japan the employment structure is still very rigid, and the acceptance of flexible labour forces, such as haken [temporary] staff, is still low”.

“I think there needs to be a little more flexible thinking here moving forward”, said Andriesse. She added that the firm has made conscious efforts to raise the HR industry’s profile together with industry associations, such as the Japan Staffing Services Association.

“If you are an HR department or on the board of a company, you have to start thinking about which profile you want to keep and which you’d prefer to be more flexible.

“The point is, rigidity does not add up anymore. Paychecks, company stability and financial wellbeing are still important, but there are other engagement-related things around all that are changing. And to retain staff in an environment where labour is going to get increasingly scarce, you will need to address these things and take care of the people in your company”.