In the UK, the results of the Programme for International Student Assessment (PISA), a worldwide study assessing the performance of 15-year-olds in maths, reading and science, invariably dominate the front pages of newspapers and see an outpouring of opinion pieces bemoaning the failings of the country’s students. The tests bring a reaction from the government, too, and in 2014 then-Education Minister Elizabeth Truss was dispatched to Shanghai, China as part of a fact-finding mission to discover how the city was achieving such high results in maths.

Conducted every three years, PISA is administered by the Organisation for Economic Co-operation and Development (OECD) in member and non-member nations, and on 6 December last year the OECD published its latest results, for tests taken in 2015. Asian countries again performed strongly, with Singapore topping the rankings across all three categories. Japan, meanwhile, was second in science, fifth in maths and eighth in reading. By contrast, the UK came 15th in science, 22nd in reading and 27th in maths.

Moreover, Japanese students exhibited greater effectiveness in their studying. Bucking the stereotype of Asian students spending their lives constantly studying, and despite the existence of juku, or cram schools, in Japan, 15-year-olds spend 41.1 hours a week learning, both at and outside school, compared with an average of 44 hours for OECD countries and 43.5 hours for the UK.

Indeed, PISA shows that too much studying after school typically leads to lower test scores. In this respect, Singapore, which maintains an extensive shadow education system of private tuition and cramming, is an outlier in its success, and time spent learning is far less effective there than it is in Japan or even the UK.

Yet the UK does a much better job of inspiring enthusiasm in its students towards science—29% see themselves in science-related careers by the age of 30, compared with 18% in Japan. Further, only students in Singapore, Taiwan and Japan are ahead of the top 10% of students in science in the UK. 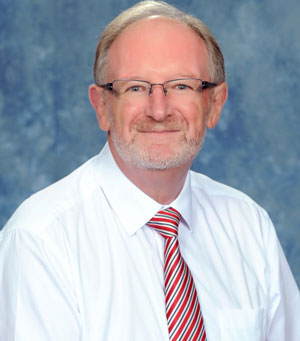 Brian Christian, principal of the British School in Tokyo

Brian Christian, principal of the British School in Tokyo, attributes this enthusiasm to the UK curriculum, and feels that this may also help explain the disparity in the results.

“The UK curriculum … in areas like science is quite practical—kids will typically spend a lot of hours in a lab, and kids love doing things”, he said.

But Christian also cautions against the value of the international comparisons on which the press and government fixate.

“The worst thing that we can do is to actually look at national rankings”, said Christian. “Where it is interesting, though, is when you look at a country’s performance over a number of years”.

A sense of the difficulty in comparing results across countries is revealed by the number of students tested in each country: 14,157 students were tested in PISA 2015 in the UK, versus 5,712 in the US—despite the latter having over five times as many 15-year-olds enrolled in schools.

The same sort of kneejerk reaction that led to Truss’s Shanghai trip was on display in Japan in the government’s reaction to the 2003 results, when Japan slipped in the national ranking. This led to rolling back so-called yutori kyoiku, or “relaxed education”, policies that had been intended to give students a more well-rounded education. Christian notes, however, that reforms in Japan’s education system are beginning to take hold again.

“We have to bear in mind that because the test only looks at 15-year-olds, any policy reforms that a country has undertaken in the past five years or so will almost certainly have had little or no effect on the results that those kids achieve”, said Christian.

PISA has also come in for criticism over apparent conflicts of interest regarding the results for Shanghai in 2012. Questions also have been raised regarding the conflict of interest resulting from the same OECD subunit both planning and administering PISA, before it analyses the data and makes policy recommendations—all positions that they would feel compelled to defend.

Christian believes that the UK can learn from Japan when it comes to using education as a means of attaining social mobility. According to PISA, 49% of Japan’s disadvantaged students were “resilient” and had beaten the socio-economic odds to perform among the world’s top 25%. This represents an increase of eight percentage points since 2006. In the UK, meanwhile, 35% of the disadvantaged students were rated as being “resilient”, an increase of five percentage points over the same period.

“In countries like Japan and Singapore, very often if you come from those lower strata of society, education is seen as a way to make your way to a higher level”, he said. “In the UK, that sort of lack of social mobility is really concerning, and people from working-class backgrounds [feel put off by the thought of] educational advancement because they don’t see that there’s opportunity at the end of it”.