For Japanese and foreigners with children here, living in Japan offers a safe, clean environment and the opportunity to pursue numerous pastimes. However, when it comes to education, the picture often looks less rosy.

Despite efforts by the govern-ment to introduce educational reforms, such as improving the international aspects of curriculums, many parents remain unimpressed. There are those who fear the rote learning practiced in some institutions. For others, meanwhile, international schools offer hope; despite the expense they have dynamic international curriculums grounded in student-centred enquiry pedagogy.

However, too often these schools appear to exist in a bubble, having little interaction with the Japan beyond their walls. Furthermore, resources and extracurricular activities are often limited, and many Japanese families wonder if the education will prepare their child to enter university here.

Fortunately, a handful of private schools offer a third alternative for education. Located in Shizuoka, Kyoto and Tokyo, these institutions are Article 1 schools with various International Baccalaureate (IB) programmes. 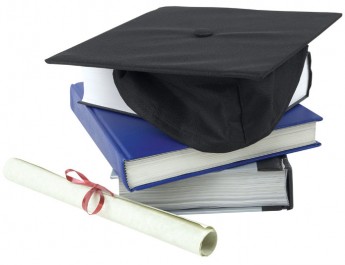 Under Japanese law, only Article 1 schools may offer a graduation certificate that is recognised by the government and universities here.

An Article 1 certificate allows students to apply to enter any university to undertake any study programme. But such certificates traditionally carried little foreign currency and were often criticised for not preparing students who wished to study abroad. Enter the IB.

Founded in the early 1960s, the IB is a recognised leader in international education with over 2,000 accredited schools worldwide. It offers three programmes aimed at the elementary, middle and upper years that are grounded in a developing international education, global thinking and bilingualism. Indeed, the IB Diploma Programme is recognised by universities worldwide as a solid preparation for university. Schools featuring this programme appear to offer the best of both worlds: a Japanese-based education delivered through an international milieu.

The Tamagawa Academy, located just outside Tokyo in the rolling hills of Machida, is a case in point. Founded over 80 years ago, it is a K-16 campus offering from kindergarten to university level. Founder Kuniyoshi Obara developed the idea of a zenjinteki (well-rounded) education; so playing fields, multilingual libraries, two gymnasiums, a museum and a farm all help make this a government-sponsored super science school — with a reputation for being an educational innovator.

The academy sees the IB programme as a means of offering a viable education that not only prepares students for university success, but also helps develop young people who can vigorously engage with, and contribute to, the world in the 21st century.

Students at the academy are drawn from a kaleidoscope of modern Japan: locals who have never lived abroad; returnees wishing to continue the education they started overseas; and non-Japanese. The certified teachers, meanwhile, are from all over the globe. The result is a dynamic, vibrant educational experience that allows students and their families to have their feet firmly planted, one in the Japanese and the other in a non-Japanese world.