Every responsible parent wants the best for their child. Their physical well-being and security are at the top of most parents’ wish lists, coupled with a child’s happiness and opportunities to explore, develop and learn.

Whether it is for expatriate families, longer-term residents of Japan, families with parents from different countries and cultures or even a growing number of Japanese parents who have lived abroad and want a more global education for their children, international schools tick those boxes. 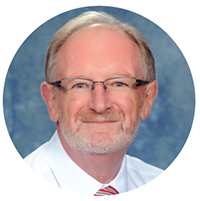 Brian Christian, principal of the British School in Tokyo

Brian Christian, principal of the British School in Tokyo, said that parents from overseas may want their children to have an international education for numerous reasons, which vary in importance from family to family.

“Perhaps the most important factor is parents’ desire to ensure that their children are cared for appropriately”, he said. “They feel more comfortable recognising that the school complies with standards of care in their home country. In today’s world, student well-being has to be a top priority”.

For British parents who are in Japan for a couple of years with a work assignment, delivery of the curriculum in English is a key factor, along with ensuring that the children are able to slip back into their home education system when the family’s Japanese adventure is over, to move to another similar international school, or to progress to university.

Other important considerations are the small class sizes, recognition that the teachers are highly qualified and experienced, and having tailored learning available for students with specific needs.

The school also sees education as a three-way partnership between parents, teachers and the children, Christian told BCCJ ACUMEN. “The aim of that partnership has to be to develop happy, confident and caring young people.”

The British School in Tokyo has around 120 members of staff and almost 1,200 students between the ages of three and 18, with the most rapidly growing segment being dual-nationality families, most of whom are long-term residents of Japan.

Gavin Blair falls into that category, with his 16-year-old son having just completed his GCSEs and planning to enter the sixth form to take his A-levels.

“Our son went to the local Japanese primary school, so he had his Japanese language skills down, but we liked the idea of him seeing both sides, of mixing with kids from very different backgrounds and getting a more international experience”, said Blair, a journalist who is originally from South London.

“And that has happened; he has met children from a wide range of backgrounds and that has given him a broader view of the world”.

The Blairs have also been impressed with the school’s commitment to extracurricular activities, with their son going on field trips to Hakuba twice a year, taking part in school sports teams and completing a Duke of Edinburgh Award. 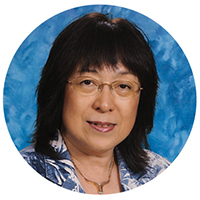 Nurturing
St Maur International School can trace its roots back to 1872, making it the oldest international educational institution in the country. It similarly prides itself on nurturing its students with a strong curriculum of academic studies combined with fine arts, sporting and other activities.

“International schools give children a different outlook on life and the skills they will need in the future”, said Catherine Endo, head of school. “And I think a lot of parents want their children to experience diversity in a very natural way”.

St Maur has more than 490 students enrolled from 35 countries, as well as 183 Japanese pupils and a 65-strong teaching staff. Students in the high school enter the International Baccalaureate programme, with every one of its recent graduates going on to some form of higher graduation, in the UK, US, Japan, Canada, Australia or elsewhere.

“English is the main language of learning,but from the first year of middle school, the students have a chance to learn French or Spanish”, said Endo. “Learning a language from other students also becomes part of school life and many of our students go on to careers that use their language skills”.

The school is also committed to providing its students with a well-rounded programme, said Endo, that enables them to pursue studies in a wide range of International Baccalaureate Diploma courses in grades 11 and 12. And the secondary school extracurricular programme is scheduled in such a way as to provide students access to both fine arts education and sport after school.

“When we look to the future, the demand in Japanese society will be for people with an international perspective”, Endo added.

As both a teacher and a parent with twin daughters at St Maur, Dr Mary Anne Suzuki sees an international education from both sides.

“When my Japanese husband and I were choosing a school, the top priorities were that the children would be safe and happy and that the school would deliver a high quality of education; those were non-negotiable”, she said.

“And as our children are half-Japanese and half-English, it was important for us that they went to a school where both cultures are valued and that they can take pride in those cultures. 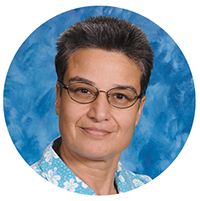 “We also believe that it is important that they are exposed to children of different cultures and there is a human side that occurs naturally in international schools”, said Suzuki, who is head of science at St Maur.

The New International School of Japan (NewIS), in Tokyo’s Toshima Ward, differs from other educational establishments in Japan since students learn all subjects in both English and Japanese, said Steven Parr, founding director and head of school.

Traditional Japanese education is descended from the Prussian education system of the 1800s and has standardisation as the primary goal and result, he said. This can lack appeal some parents and students who have been exposed to greater diversity and more progressive approaches to education.

The NewIS has 230 students from the age of three to grade 12, with around 30 percent having one Japanese parent and another 30 percent with both parents being Japanese, according to Parr.

“We educate the children the best we can, according to our mission, and we believe it stands them in good stead for wherever they may go later on”, he said. And underlining the demand for an international education, the school is expanding from 40 full-time teachers in the academic year that has just ended to 46 in the coming year. And Parr expects that to grow to a faculty of more than 50 in another year. 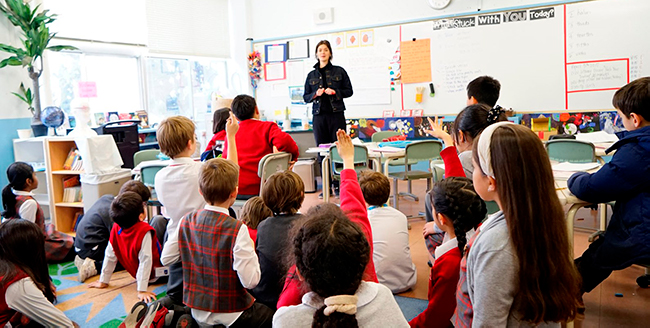 Global thinking
Daniel Roebuck, from the business office of Chiyoda International School (CHIST), believes that the global mindset of the expatriate community in Japan means parents who move to Japan are keen to seize the opportunity to broaden their children’s minds at the same time as ensuring they receive a good education. 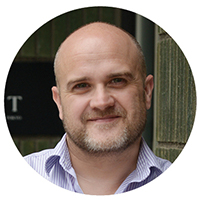 “Most international schools place a high emphasis on global thinking, which includes learning, respecting and experiencing local cultures”, said Roebuck. “Students will have the opportunity to find similarities with their own cultures and enjoy the learning it provides, while sport teaches us the power of teamwork and feeling part of something bigger than ourselves and how we achieve the same goals”.

The school opened in April and has around 70 students, the majority of whom are Japanese and whose parents are internationally minded and are seeking a more rounded, global education, Roebuck said.

“Our school motto is Student First. This means we have the highest emphasis on ma­king sure our students are cared for, both academi­cally and emotionally”, he added. “We have counsellors available to take special care of students experiencing issues in their life here at CHIST, and that means students here are able to express themselves however they wish, with a caring staff to guide them in becoming young adults when they leave us.

“Our goal is to educate our students in a way that enables them to gain universally transferable learning tools for the globally minded”, Roebuck explained. “Students who graduate here will be able to enter university with the ability to think critically and be motivated, inquisitive lifelong learners. That is the teaching philosophy of our school and its culture of positivity and self-expression”.