Following Japanese Prime Minister Shinzo Abe’s visit to the UK in January, the British Embassy Tokyo, British Consulate-General and the British Council Japan began an ambi­tious, high-profile campaign entitled UK in JAPAN 2019–20. Running from September to September, and coinciding with the Rugby World Cup 2019 and Tokyo 2020 Olympic and Paralympic Games, the year­-long campaign will showcase UK excellence while working to build a closer relation­ship between the two countries through experiences and collaborations.

UK in JAPAN 2019–20 will promote five “GREAT Weeks” that will examine mutual approaches to shared global challenges between the UK and Japan such as financial services, the ageing society, artificial intelligence and Big Data, climate change and the future of mobility (see next page). The first GREAT Week—Future of Financial Services—was held this month to promote both business and policy partnerships in finance.

To outline the campaign, the British Embassy Tokyo hosted an event at the Ambas­sador’s Resi­dence on 29 August. 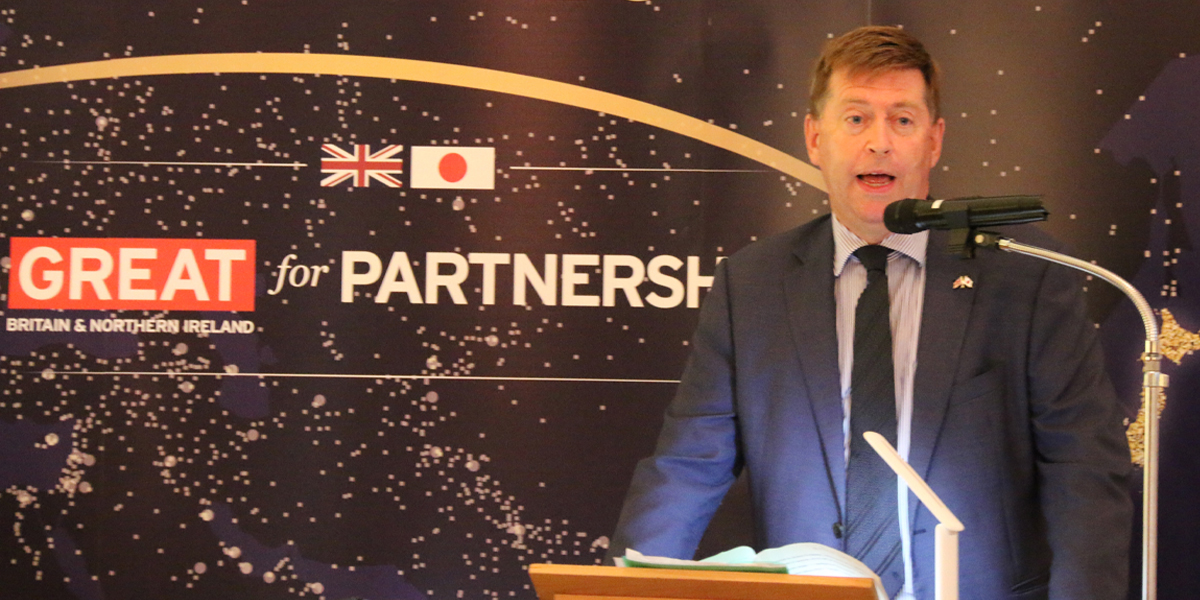 British Ambassador to Japan Paul Madden CMG made the opening remarks. While discussing the UK in JAPAN 2019–20 campaign, the Ambassador said that, like Japan, the UK recently hosted the Olympics and Rugby World Cup, and that he sees this year as an opportunity to form a working partnership between the two countries. Together they can tackle some of the challenges currently facing modern society “through the strength of our business and R&D sectors, and also to show­case some of our artistic and cultural strengths”.

He highlighted past and present bilateral relations. “Our two prime ministers agreed they would stage this UK in JAPAN 2019–20 year and, at the same time, the Japanese Embassy in London is going to be staging a cultural season in Britain”, he said. “Prime Minister Abe met Prime Minister Boris Johnson at the G7 last week. They agreed on the current strength of the UK–Japan relation­ship, and they committed to working together to strengthen it even further”.

The Ambassador also commented on the prospects of UK–Japan relations following Brexit. “We have a strong trade and invest­­ment relation­ship, which continues to grow, and as we leave the EU, we will be working to promote a new bilateral trade agreement”.

Before introducing the evening’s presenters, he said that UK in JAPAN 2019–20 will high­light three main elements: GREAT Weeks, British cuisine and culture. 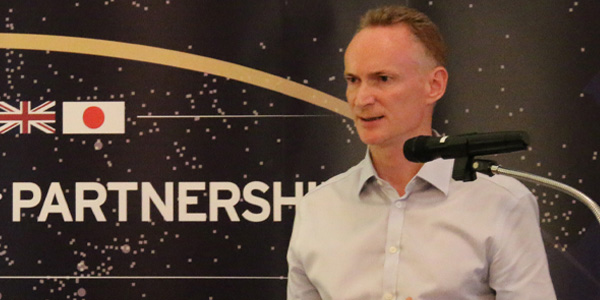 Chris Heffer, director of trade and investment at the British Embassy Tokyo, introduced the campaign’s GREAT Weeks and Food is GREAT programmes. Five GREAT Weeks will showcase the UK’s strengths and promote further collaboration between the UK and Japan through trade missions, seminars, receptions and panel discussions. 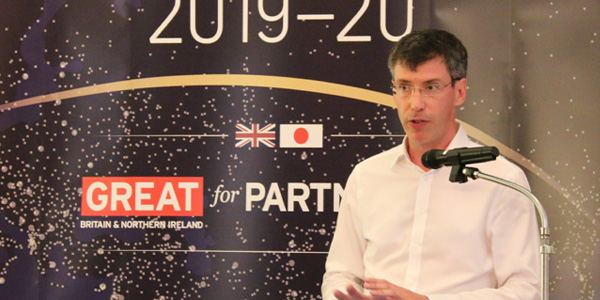 Greg Mulherin, counsellor Olympics & Paralympics at the British Embassy Tokyo, said these collaborations would also promote both household names and those not as well known. The Embassy will also be used as the UK House—or base of operations—for the events, receptions, conferences, performances and welcome ceremonies for athletes.

As for cuisine, rugby fans will have the opportu­nity to experience a taste of the UK in three Rugby World Cup 2019 cities hosting home nation games. At “Food is GREAT Gallery,” patrons will be able to find UK-style food and drink such as gin, English sparkling wine, and British beef and lamb at matches in Sapporo, Kobe and Tokyo. 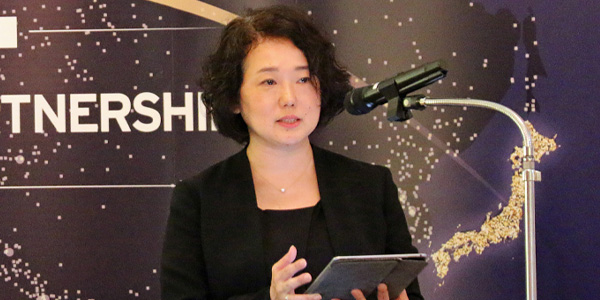 The British Council Japan and Ise City, Mie Prefecture, will co-host the Ise City Residency, in which six groups of British artists will be allowed to research the lse Grand Shrine. This is a rare opportunity because the general public is normally not allowed beyond the wooden fences, this being Japan’s most sacred shrine.

London’s National Gallery will also present an exhibition of its collection for the first time anywhere outside Britain.

In the area of education, the campaign will help students become successful global citizens. The Study UK Exhibition 2019 in October will launch in partnership with 45 UK-based educational institu­tions, seeking to introduce a new variety of study opportunities.

An academic conference entitled New Directions 2019 will also be hosted by the British Council to introduce original English-language assessment methods for university entrance exams in Japan.

Ambassador Madden shared his belief that the UK and Japan are natural partners. “We have shared values, interests and even shared characteris­tics”,

“This will be a fantastic opportunity for Japanese audiences to see some of the UK’s strengths—business, innovation, the culture of the arts and education—and also to further deepen the partner­ship between our two countries”.

Future of Financial Services
Showcasing the UK’s leading policy areas in financial services and intro­ducing the UK as a global hub and partner for fintech and cybersecurity.

Healthy Ageing
Highlighting the challenge posed by ageing societies and the opportunities they present. Proposing UK–Japan collaboration and future partnership.

Future Mobility
Placing a broad focus on mobility, such as autonomous driving, low emissions and smart cities, and exploring issues related to disabled people, linking through to the Tokyo 2020 Paralympics Games.

Creativity
Underlining the UK as a global leader for creativity through art and design, and examining how these disciplines intersect with new technologies. 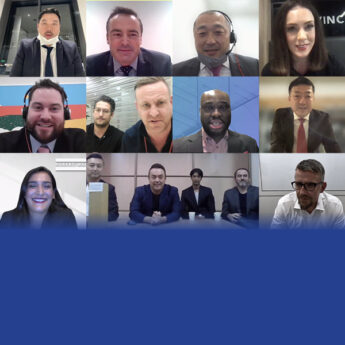 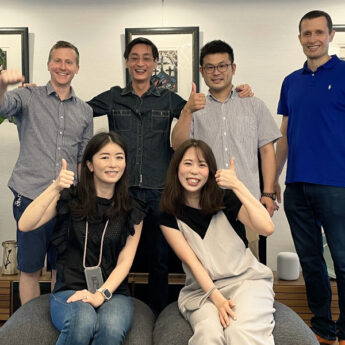 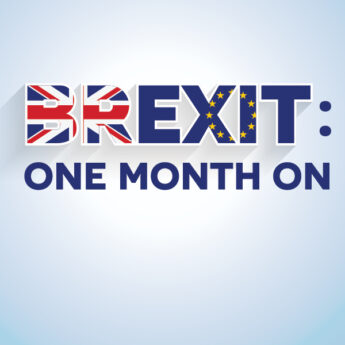 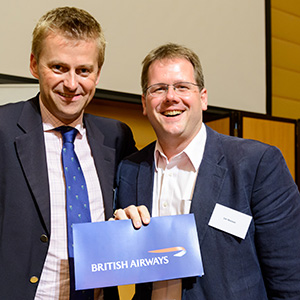