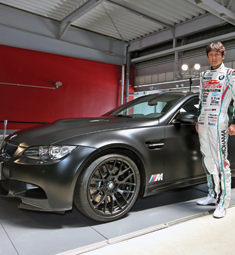 According to Keiichi Hayashi, communication, event and dealer marketing at BMW Japan, the second round of the Super GT Series, held at the Fuji Speedway in Shizuoka Prefecture, was selected as the venue for the premiere. After all, the BMW M represents BMW’s high-performance brand with motorsport genes.

The newest member of the M6 family brings together customary M performance characteristics with additional luxury and aesthetic appeal.

Founded in 1972, BMW M GmbH celebrated its 40th anniversary last year. The firm was initially created to develop BMW’s racing cars and to facilitate their racing teams, but went on to develop and produce high-performance series production cars. One of these is the BMW 3.0 CSL, which dominated the world’s touring car racing circuit in the 1970s.

In 1978, BMW Motorsport premiered the M1—a super sport racing car and the very first M Model. The M1’s 3.5-litre six-cylinder inline engine was introduced in the first generation of the BMW M5, launched in 1984.

“In this way, BMW has always transferred innovative technologies that were developed for motorsport to road-going models.

“The BMW M represents the pinnacle of BMW road-going models”, he added.

The four-door coupe offers a special combination of functionality with comfort. Its elegant styling is characterised by its flowing roofline and dynamic proportions. They are complemented by bespoke features, including the carbon fibre-reinforced plastic roof. 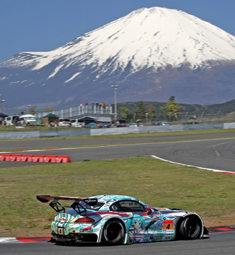 The greater interior space of the coupe allows two rear passengers to enjoy generous levels of on-board comfort. In addition, a third rear seat can be used on shorter journeys.

The second new BMW M model to be premiered in Japan was the new BMW M3 Coupe DTM Champion Edition, launched in commemoration of BMW winning the DTM series championship.

Introduced in 1987, the first generation of the BMW M3 is one of the most successful touring car models ever. It has achieved many wins at international competitions, such as the European Touring Car Championship, and the DTM German Touring Car Masters.

After a break of over 20 years, BMW Motorsport participated in last year’s DTM in which the BMW M3 Coupe won three championship categories: driver’s title, team title and manufacturer’s title.

Inspired by the racing car driven by Bruno Spengler from BMW Team Schnitzer, which won the driver’s title in DTM 2012, the special edition car boasts many special features.

Production of the BMW M3 Coupe DTM Champion Edition will be limited to 54 units worldwide—the same number as the wins BMW Motorsport has achieved in the DTM. However, only 10 units will be distributed in Japan.

Also present at the event was Nobuteru Taniguchi, who drives a BMW Z4 GT3, in the GT300 class.

Since 2012, BMW Group Japan has been conducting a project to further strengthen its motorsport commitment in Japan.

“Under this project, we have been providing support for the GSR & Studie with Team UKYO—a BMW Motorsport’s customer racing team that participates in the Japanese Super GT Series”, Hayashi said.