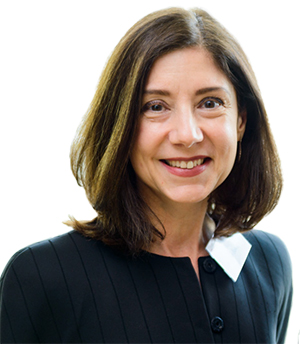 Jennifer Sakaguchi from the Japan office of Rio Tinto

The most common advice given to foreign firms setting up in Japan is that business relationships must be nurtured as assiduously as one might pamper Kobe Wagyu cattle. Few know this better than Jennifer Sakaguchi, general manager for external affairs and communications at the Japan office of Rio Tinto. She has built her career cultivating and cherishing connections among clients, suppliers, customers and colleagues.

As an American who has worked in New York and Tokyo, Sakaguchi is well versed in the disparities between Japanese and US business practices. “Japan is all about relationships”, she told BCCJ ACUMEN. “Our stakeholders here really appreciate that we won’t give our business to some other market just because it appears expedient at the time”.

In Japan, loyalty, consensus and deference to a hierarchical network of long-term business relationships is the basis of the corporate world, and these values are often given precedence over typical Western priorities, such as efficiency and merit. In order to succeed in Japan, foreign businesses must be prepared to invest in long-term relationships.

The Rio Tinto Group is the world’s second-largest mining corporation. It began a partnership with Japan in the 1960s, when Japanese steel mills signed long-term contracts to buy its iron ore.

“The mine had not yet been developed, the infrastructure had not been created and there was no port”, said Sakaguchi. “But we were able to take those contracts to banks in the US and get financing to build everything. We have a world-class iron ore business today thanks to Japan”.

This year the Japan office is celebrating the 50th anniversary of its first shipment, which left the Pilbara region of Western Australia for the city of Kitakyushu in 1966.

The commodities giant, which has its headquarters in London, is a dual-listed multinational traded on the London Stock Exchange and the Australian Securities Exchange. It employs 55,000 people across 40 countries.

The products of the firm’s mines—iron ore, aluminium, coal, copper, diamonds, gold, titanium dioxide, borates, salt and uranium—go into everything, from manufactured steel items to household wiring to smartphone screens.

Rio Tinto takes its name from a Spanish river, tinted red by copper deposits that have been mined since around 3,000 b.c. The mines were sold by the Spanish government in 1873 to a syndicate led by Hugh Matheson, a Scottish industrialist.

Sakaguchi was hired by Rio Tinto Japan four years ago to manage its myriad relationships, after a career in advertising and marketing for organisations including De Beers and the Embassy of Botswana in Tokyo. Hailing from New York State, she took part in a high-school exchange programme to Malaysia, and then studied Japanese at Georgetown University in Washington D.C.

Sakaguchi met her Japanese husband during a brief stint at Sony in the 1980s, where, at the time, women were often “hired to clean desks and serve tea”, she said. Over 30 years later, Japan still lags behind other industrialised nations in terms of gender equality in the workplace.

Sakaguchi feels that government and industry alone cannot close the gap. “Expectations within society and the home have to change. I’m fortunate to have a husband who is not only completely supportive of my career, but is equally involved in running the household”, she said.

The mining industry is still heavily male-dominated, which Sakaguchi attributes to “a lack of girls in STEM education” and the “fly-in, fly-out” nature of working at remote mine sites. “It can be difficult to have a normal home life with children”, she added.

Rio Tinto narrowly missed its target last year for women to make up 20% of global senior management, and Sakaguchi is the sole senior female manager in the Japan office. However, women account for almost a third of the 26-member team, which is unusual in the country’s resources industry.

Japan is Rio Tinto’s third-largest market by value, after China and the US. The firm is Japan’s largest supplier of raw materials, having sold products worth ¥456bn to more than 100 Japanese firms in 2015.

“We supply all the steel mills in Japan, as well as power utilities, aluminium manufacturers, copper smelters, and chemical companies”, she said.

The corporation’s mines in Western Australia are patrolled by about 360 Komatsu haul trucks, 73 of which are driverless. Over a dozen of its joint-venture partners globally are Japanese.

Today, Rio Tinto is, along with the rest of the mining industry, struggling with the global slump in commodities prices, driven by falling demand from China.

Generally, Sakaguchi says, the industry is predictably cyclical. “When demand for a commodity outpaces supply, prices rise and people invest in the resources to produce it. But then as supply increases, prices fall and marginal producers leave the market. Supply and demand then come back into balance until you have a shortage—and the cycle starts again”.

According to Sakaguchi, the firm is pursuing improvements in productivity and cost cutting, to “take whatever waste we can out of the system without compromising our focus on safety. We are in a strong position to ride out the global slump, but it’ll be a little while before the market comes back to a good situation”, she added.

It is precisely during difficult economic times that Sakaguchi’s carefully nurtured connections are most vital. “This is when relationships are most important”, she said. “You can’t let up on making sure those links are strong. Our goal is to remain a stable, reliable, trusted partner for Japan”.

A Day in the Life: Jennifer Sakaguchi

7am: Wake up, do yoga, check the news, have a breakfast meeting or breakfast with husband (fruit and yogurt, a smoothie or muesli)
8:30am: Take subway to work
Morning: Read and answer emails and have a team meeting; work on key projects; monthly business report meeting, or monthly all-staff meeting
12:30pm: Lunch meeting or lunch at desk
Afternoon: Write reports; attend internal strategic and stakeholder meetings; plan visits by executives; join teleconferences with global media, regional external affairs teams, etc.
Evening: Pilates lesson, work events or dinner at home—but if it’s Friday, it’s date night with my husband
Night: Work, read, compile the next-day’s to-do list; lights out by 1am