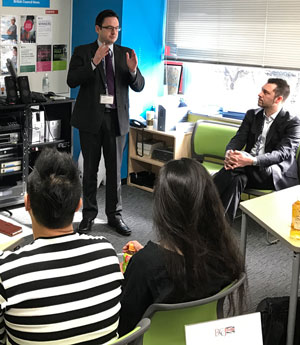 Matt Burney set out the reasons to support equality, diversity and inclusion.

For many firms, equality, diversity and inclusion (EDI) have been viewed as a human resources (HR) concern. But now firms are beginning to see the benefits of incorporating EDI into their business functions, and the importance of reflecting changing attitudes in society.

The need
For the British Council, building EDI considerations into its business functions plays an important role in building cross-border relationships and strengthening bilateral partnerships through trust and cultural understanding.

To this end, the organisation is working with a range of partners in three main areas: art;  English learning and assessment; and education, addressing EDI considerations in each.

“Taking EDI seriously and mainstreaming it also achieves impact for the UK, because it articulates what we believe the UK is about”, said Burney, who is a member of the BCCJ Executive Committee.

He highlighted the organisation’s work with the British Embassy Tokyo on common interests and challenges, such as ageing, and mentioned art as a way to create positive change.

Importantly, Burney also explained the social model of disability in relation to the Tokyo 2020 Olympic and Paralympic Games.

“It’s not the individual with the physical impairment or physical condition that is disabled. It’s society, institutions and facilities around those individuals that, in failing to put in place reasonable adjustments, are actually the disablers—the disabling agents”, he said.

In this regard, the relevance of Japan’s focus on EDI was enforced by Burney: “Given the fact that we are working against the backdrop of the Tokyo 2020 Olympics and Paralympics, there is a real desire in Japan to take forward this social model of disability”.

“It is society”, he added, “that has to change, in order give people the opportunities to realise the talents they have been born with”.

To that end, the British Council is working with officials of the Games, and is hosting a range of workshops and events to engage with them, to help move forward with the social model of the disability agenda that Burney described. 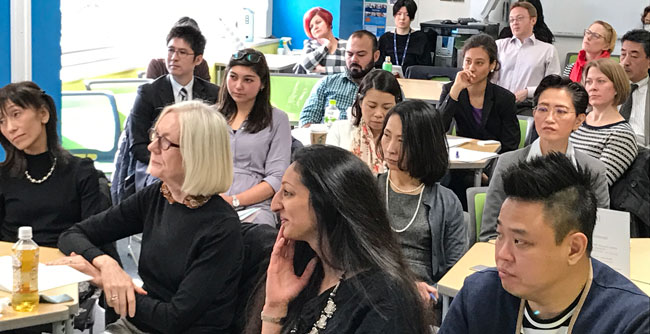 The toolbox
The British Council’s policies are what ensure that it has consistent principles and standards, and combats discrimination.

In pursuit of this, it uses a range of tools. Shepherd sought to explain the three main ones, namely, the diversity assessment framework (DAF); equality screening and impact assessment; as well as the Access Checklist.

DAF is designed as a way to give a comprehensive picture of where each country’s operations are in terms of progress with mainstreaming EDI.

“What we try to do is treat the audit as the beginning of the process”, Shepherd said, explaining that further action must be taken based on the results.

Burney agreed—“This is a process and not an event”—and explained that it does take time for EDI to make its way into regular operations.

The equality screening and impact assessment form was described by Shepherd as a “tool that forces you to do a risk analysis and stakeholder analysis before you implement any policy”.

Used whenever the British Council changes or implements new policies, it covers all elements of the policy to ensure there are no discriminatory elements.

Finally, the access checklist is used to “ensure that external venues have been screened to identify possible access issues in advance”.

Available in addition to these three processes are equality monitoring, e-learning opportunities and even a “living library” that enables employees to “borrow” a person to learn from their experiences.

In addition, the British Council’s EDI goals have three drivers: a moral and human rights driver, a legal driver—to mitigate the risk of discrimination in HR policies—and a business driver.

“It is diverse companies that are the more successful companies”, Burney said. “If you take EDI seriously, [it] will have a positive impact not just on our organisational culture. It won’t just mitigate the risk of legal threat; it’s not just the right thing to do but, actually, it grows your business.

“I think we all have a tendency to recruit and create teams in our own image, but actually those teams don’t tend to be the most successful teams”.

That is because EDI helps foster creativity and innovation by bringing together diverse viewpoints. It also helps with communication and an understanding of customers.

Burney and Shepherd stressed the need to get to a point where businesses realise that they cannot function without mainstreaming EDI and, thus, make it a part of their DNA.

“For me, the business benefits are the hooks that are going to catch a lot of people”, Shepherd pointed out. “If people feel that there is no benefit to their main job, then it’s an uphill struggle”.

When asked about the necessary budget for mainstreaming EDI, Burney stressed the EDI budget should not be a separate one. “Otherwise people see it as an agenda, and it’s not an agenda. It’s actually what we do, and it underpins everything we do”.