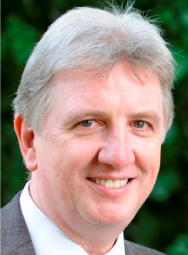 • Flexible, adaptable testing method
• To be launched later this year
• Choice of 15 packages

Global jinzai (human resources) has become a buzzword used in discussions about Japan’s international competitiveness. Japan’s private and public sectors wish to increase this by educating people with the required skills to succeed in the international workplace. To this end, they have developed the Global Jinzai project.

However, it remains difficult for firms and educational institutions to assess whether staff or students have acquired the appropriate language skills.

This is partly due to the fact that traditional English language tests are designed and developed by an examination board, and are based on their interpretation of the needs of the sector. As a result, the typical standardised English language test is rigid in design and construction.

Although the most effective tests clearly measure language in a consistent way, they may not match the expectations of the individual client.

This is acceptable in certificated examinations whereby the test developer must control all aspects of the test content and administration. However, issues arise when a test is designed to meet specific in-house needs.

The British Council can now offer a new approach to this problem.

An assessment service
The British Council’s Aptis method was conceived as a service, rather than a testing system. Instead of selling a client an off-the-shelf test, the British Council works with the client to identify the aspects of language that really need to be assessed, the level of ability their employees need to achieve, and the most appropriate delivery system.

The Aptis format
The Aptis service was developed by the British Council over two years, based on the most up-to-date research and development theories.

The language knowledge paper tests an individual’s command of English grammar and vocabulary. This paper is seen as the core of the test.

There are four additional papers. These test one’s ability to use the language and focus on the skills of reading, listening, speaking and writing.

The core paper test result is used, in conjunction with the results of the skills papers, to increase the accuracy of the final reported scores.

Together with a British Council consultant, the client decides which package is most appropriate for their organisation.

Flexibility and accessibility
Aptis also allows the content of the test papers to be adapted to meet the client’s specific needs. Although this requires an additional cost, depending on the amount of customisation necessary, the resulting test is nevertheless competitively priced.

Aptis can be taken either on the computer or using a more traditional pen-and-paper approach. In addition, both the listening and speaking papers will be available via telephone in the near future.

Another feature of interest to clients is the way in which the test can be branded. To reflect the level of control the client can enjoy in making the test more appropriate to their situation, the British Council offers joint branding of the test, while client-only branding will soon be available.

This process of localisation, making the final test appropriate for use within a specific organisation, is likely to be the most interesting feature of the service for prospective clients.

Using Aptis
Although relatively new to the market, Aptis has already been used by numerous institutions worldwide for a variety of purposes.

Examples include the benchmarking of language ability required for workers engaged in specific sectors in India; university placement decisions (post entry) in Brazil and Ukraine; and the filtering of candidates for further education and training in Kazakhstan.

The flexibility and adaptability built into the Aptis approach is truly revolutionary. By introducing client-centred tests rather than developer-centred ones, the British Council has ensured that the testing of English for internal decision-making in firms has undoubtedly changed for good.

Aptis in Japan
The development of Aptis represents an exciting new opportunity for organisations seeking to expand global jinzai.

The capacity to test the actual English ability of employees or students is fundamentally important in preparing for the challenges of the globalised economy.

Aptis will help you to do this. The good news is that it is now available in Japan, and will be officially launched later this year.