Luxury watchmaker aims to leave the opposition in its wake

Keita Kawasaki has had a vision of the future. 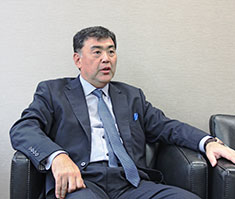 The CEO of Richard Mille Japan has seen the Richard Mille watch as a new dimensional precision watch that leaves other high-class competitors in its wake. Referred to as “the extreme watch”, it is set to release a slipstream as it overtakes the luxury watch business.


“Our aim is to take Richard Mille creations and elevate them to a different category that surpasses the rest, one which puts us in a separate dimension, where we are extreme”, Kawasaki passionately told BCCJ ACUMEN. “We want to develop a watch that would make the exercise of comparing Richard Mille creations with other so-called high-class watches meaningless”.

Kawasaki uses the analogy of visiting an automobile showroom and viewing the models on display.

“When you go to the showroom to purchase a car, you cannot base your comparison on the difference between a BMW or a Mercedes Benz, and an F1 racing car”, he said. “The Richard Mille Extreme Watch is that F1. Something completely different! Richard Mille watches are unique: an ‘only one’ type of product”.

Richard Mille—a French national working out of Switzerland—established his firm in 2001. His creations, informed by the tradition of the country’s mechanically driven wristwatches, now sell in 127 retailers and 17 boutiques worldwide as contemporary, usable, high-quality watches.

“We see this watch as a racing machine on the wrist”, Kawasaki said. “The history of the company for the last 13 years has been that of tireless innovation”.

Though introduced to Japan in 2004, it took about six years for that message to fully be communicated to Japanese consumers. “It was from around 2010 that we became recognised by Japanese customers, and we now sell as many units in Japan as we do in any other country with a good sales record”, he said.

“Richard Mille creations are popular with the Japanese because they can understand how Richard has taken the tradition of the mechanically driven watch and faithfully mounted this with a delicately created movement that outclasses [that of] our competitors”, Kawasaki explained.

The Japanese consumer’s demands for high quality and service are nothing new, and although it may have taken time, it is not surprising that visitors to the Richard Mille Ginza boutique finally got the message of the radical designs and concepts.

“Japanese consumers have an extremely discerning eye for quality, which helps them see beyond the exterior to the rich contents that go into creating the Richard Mille watch”, he said.

Following an event in Sapporo in February, the firm plans to showcase its products in Miyazaki in July.

The watchmaker is also proud of its connections with the sporting world, where athletes including golfer Bubba Watson, tennis player Rafael Nadal, and snowboarder Tomoka Takeuchi act as ambassadors for the Switzerland-based brand.

In addition, Richard Mille has brought his finely honed awareness of the relationship between the product and its promoter into play in the area of advertising.

“Richard does not position his ambassadors as mere billboards hired to sell the product”, Kawasaki said. “He believes the ambassadors are joint developers. His view is that top-level players will understand a top-level product, and he derives great joy from being able to jointly develop new products with such top-level performers in their various fields”. 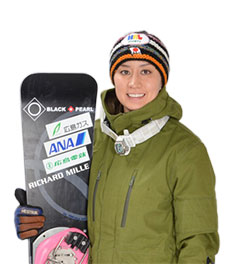 Tomoka Takeuchi is a prime example of the Richard Mille philosophy at work.

At the start there were no Japanese ambassadors, and the firm didn’t set out to cultivate any, Kawasaki added.

“When I originally met Tomoka-san nobody knew her. She hadn’t placed highly in any major tournaments and had no official ranking. But, when I spoke with her I sensed that she was somebody with significant potential”, he said. “It would have been easy to contract her after she won her medals, but when we first met there was no guarantee that would happen”.

The firm also maintains a major UK connection. Not only is Richard Mille Europe headquartered in London, with a boutique in Harrods, but the firm is also a sponsor of Premier League Champions Manchester City.

“We have developed an extremely good reputation in the UK”, Kawasaki said.

He used a football metaphor to praise the actions of Japanese fans in Brazil who recently picked up their rubbish following a World Cup game—one that their team lost!

“No other group of fans would do that”, he said. “This is just another sign that Japanese hospitality is second to none. That is why you should buy your Richard Mille watch here, in Japan”.

Take a Break in Tokyo

The British School in Tokyo