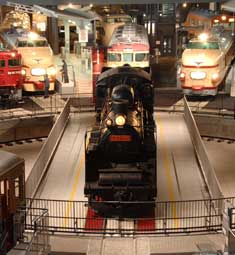 The British-built Locomotive No.1 was the first train used on the Shimbashi–Yokohama line.

The partnership is expected to allow more items from the birthplace of railways to be displayed in Japan.

This year marks the 140th anniversary of Japan’s first railway, built between Shimbashi in Tokyo and Yokohama, using UK technology.