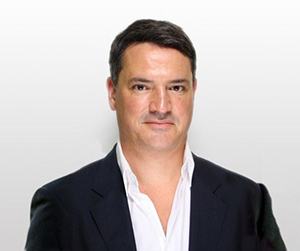 Japan’s performance at the Rugby World Cup (RWC) 2015 drew the attention of the rugby world. Aside from their astonishing victory over South Africa’s mighty Springboks, they became the first team to record three wins in the pool stage and yet fail to move to the knock-out stage. More important, though, their success made the general public in Japan take notice.

That has made life easier for all those involved in organising RWC 2019, according to Murray Barnett, head of commercial, marketing and broadcast at World Rugby. Speaking to members of both the British and Australian and New Zealand chambers of commerce in Japan on 22 April, Barnett said concern about Japan’s unfamiliarity with the sport is long gone.

“Pre-world cup, the average top [television] audience [in Japan] for an international rugby match was around one million viewers. By the time Japan played Samoa [on 3 October, 2015], it was up to 25mn”, he said.

Japan’s hosting of RWC 2019, he added, is a “very important step in the development of the sport” that World Rugby hopes will “build on 2015 and reenergise the sport”. There certainly seems to be a solid foundation; Japan is ranked 10th out of 102 teams globally, and the country’s professional team, the Sunwolves, attracted about 20,000 spectators for their Super Rugby debut at Tokyo’s Chichibunomiya Rugby Stadium in February 2016.

“My personal measure of success is whether we have more people interested in the game [after RWC 2019] than we had at the start”, Barnett told BCCJ ACUMEN. While 2015 was about “trying to maximise returns”, the goal of 2019, he said, is to see more adults and children in Japan attending professional games, playing in clubs and watching matches on TV.

As father of a young rugby player, Barnett knows first-hand the potential impact of the tournament. After the 2015 final, attendance at his son’s local club was up 50%. He hopes that Japanese will be attracted by the values—integrity, passion, solidarity, discipline and respect.

“We are the sport of character—character being something that is very important to Japan as well”, he said. “It seems like a perfect fit to have the rugby world cup here”.

Mega sporting events
According to Barnett, it is vital for the tournament to be a financial success, given that each world cup accounts for 90% of World Rugby’s revenues. During the 2009–16 period, this revenue allowed a £330mn investment in the sport. Not only is the world cup the pinnacle of the game from a promotional and broadcasting perspective, said Barnett, it is also World Rugby’s “shop window for a growing sport”.

With only eight world cups held so far, the tournament is “the new kid on the block” compared with the FIFA World Cup and the Olympic and Paralympic Games, he added.

He pointed out its advantages over the latter. First, it has greater potential for marketing since its duration is six weeks. Second, it has a wide economic and social impact, as a result of using venues nationwide. Third, World Rugby—rather than the taxpayer—pays for the infrastructure required.

Impact could be comparable, however. According to Barnett, World Rugby can trace about £900bn of direct benefit to the UK economy as a result of RWC 2015. It was the most successful to date, with 11 host cities, 42 team bases, a host of spectaculars—branding campaigns using iconic British buildings and monuments—and a Festival of Rugby.

While Barnett wants much of the same in 2019, he is looking for a unique tournament. He wants World Rugby to have “an idea of how it should look but take as much local knowledge as possible to build it”.

Describing the number of people on Japan’s organising committee at this stage as “phenomenal”, he said that “they are coming along in leaps and bounds in terms of their expertise in how to organise the event”.

“England 2015 is still our greatest world cup ever but we are optimistic it won’t be for long—2019 is going to be really spectacular”, he concluded.