After a bad case of the jitters in the immediate aftermath of the 11 March earthquake and tsunami, life is returning to normal across the Kanto region. Six months later, firms are operating at full tilt once more. And so it is with the schools charged with giving hundreds of children the best international-oriented education possible.

International schools may have lost some of their students since 11 March and during a steadily deteriorating economic climate, but with the start of the new school year, children are back in the classrooms.

Numbers may be marginally down, but there has been no sign of the mass exodus that appeared likely in the dark days of spring. And with the worst hopefully behind us, the schools are looking to the future.

“We have not seen a major impact on enrolment”, said David Williams, head of the British School in Tokyo (BST). “Many parents, particularly of younger children, went back to their home countries after 11 March and, due to the Easter holidays in April, some parents decided to stay until the start of the summer term or new school year.

“The vast majority returned within a few weeks and by the time school closed for summer in July, our student numbers were at around 95%” he said. 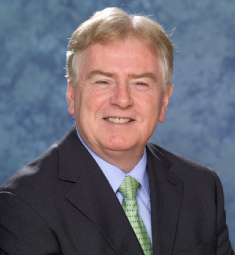 David Williams, head of the British School in Tokyo

“We are fortunate that our reputation seems to have enabled us to ride out the 11 March and economic crises without any significant decrease in student numbers and without changes to our admission criteria”, he added. “As a result, our most significant issues continue to be those of a growing organisation: finding space, continuing to recruit outstanding teachers and staff, ensuring that we are up to date and at the cutting edge of educational practice”.

BST prides itself on providing a world-class British education for English-speaking students of the international community in Tokyo, while simultaneously adhering to the mission of inspiring students to thrive as global citizens.

The school is on two sites in the city, and has more than 650 pupils aged between three and 18, drawn from 40 nationalities. And this year, for the first time, the school will be preparing sixth form students for entry to some of the most prestigious universities in the world.

“Some parents choose BST because we offer a British education and follow the English National Curriculum, but many other parents choose us because we have very high academic standards”, said Williams. “We work extremely hard to ensure that we recruit teaching staff of the highest calibre and that their knowledge is kept relevant and up to date with regular trips to the UK for further training”.

Makuhari International School, in Chiba Prefecture, first opened its doors in April 2009 and had 275 students in 14 classes as of 1 April, 2011, the start of the school year.

“We expected 300 children this April, so in effect the earthquake and radiation fears cost us 25 children”, said school head Paul Rogers. “There has been turnover, but the families who have left since April because of radiation fears have been replaced during the same period. We would have expected a rise this September, but we will stay at 275”.

Reassuring parents is an ongoing effort, he admitted.

“We had one or two parents coming to the school before the holidays, surreptitiously passing Geiger counters over the ground, despite the fact that we had hired professionals to do that and had published the results”, Rogers said. 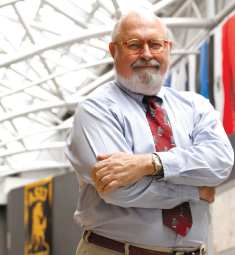 Ed Ladd says the American School in Japan has reviewed and refined its safety measures.

“Persuading parents—and sometimes worried teachers—that the school and locality are safe can be a round-the-clock exercise, but the information we received via the British Embassy Tokyo during the events was great—especially the data from the chief scientific officer”.

Students at the school are aged between three and 12 and follow the Japanese curriculum—which gives the children access to Japanese public high schools as well as international schools—but entirely in English.

Despite the recent upheavals, Rogers anticipates the school will reach its capacity of 410 students in the next couple of years and is busy making plans for the future, not least by improving facilities, namely, the construction of a gym and, possibly, a junior high school.

The New International School of Japan, which opened in 2001, is innovative in many ways, not least in that both English and Japanese are in constant use in the classrooms, while Chinese is offered as a third language.

Numbers are down marginally—Head of School Steven Parr estimates 5% from one year ago—but are expected to recover by next April.

“I think the main difficulty was caused by government announcements and policies after the disaster, which seem to have brought things to a standstill, combined with sensationalist news coverage and embassy over-reactions”, said Parr. “We are not so much affected by the decline in the expat population as by the general malaise”.

The school is popular with parents because their children become bilingual—both academically and communicatively—while another attraction is the fact that there are two homeroom teachers per class, each of which has fewer than 20 children. The school also has a 24,000-volume library, modern computers and interactive whiteboards.

Preschool facilities have recently been expanded and another school bus is being introduced in October.

One of the largest international educational establishments in the country is the American School in Japan (ASIJ), which estimates that less than 8% of its students will not be back this year. Over recent years, however, there has been a noticeable drop-off in the number of families being relocated to Tokyo, and that is having a larger impact on numbers, said Head of School Ed Ladd.

Forty nationalities are represented at the school, which teaches children between the ages of three and 18 in English and following a curriculum drawn largely from the US. The key attractions for parents, Ladd said, are the “excellent facilities”, dedicated teachers, the challenging and exciting curriculum and the active community that makes the school an engaging experience for the whole family.

The ASIJ reviewed and refined all its safety measures in the aftermath of 11 March and, Ladd believes, the opening of new athletics facilities—including tennis courts, a wrestling room, dance studio and fitness centre—will serve to strengthen and enhance the activities the school offers.

The International School of the Sacred Heart similarly believes that investment in facilities remains important and the new gym, kindergarten and junior school building are scheduled to open by Christmas.

The Bornelund Kindergarten Playground will provide students a safe tree-lined area to play in, while an exciting innovation in the area of student learning is the introduction of 3-D educational technology and software for its science curriculum. 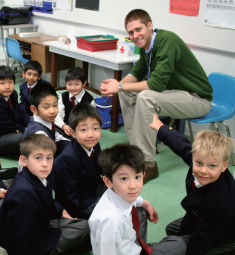 Parents are drawn to St. Mary’s International School because of the varied and challenging curriculum.

“The international community will continue to have a strong presence in Tokyo. Our school has been here for 103 years and we have gone through world wars and other disasters—but we are still here, offering world-class education”, said Yvonne Hayes, head of the school.

Some families, particularly those with children in the school’s lower grades, did leave after 11 March, but many have since returned. Equally, the school has altered its admissions policies, opening up places for Japanese families with international backgrounds, Hayes said.

Br Michel Jutras, the headmaster of St. Mary’s International School, is equally convinced of the enduring need for top-notch schools that meet the needs of both parents from abroad and internationally minded Japanese.

“The longer-term perspective seems to point to a greater need for international schools”, he said. “With the ageing population in Japan and the movement of talent around the world, Japan will have a better chance of survival if it becomes more aggressive in welcoming and supporting foreigners. China, South Korea and India are creating a large network of International schools”.

St. Mary’s has 850 boys aged between five and 18, down from around 905 students a year ago, and representing 49 nationalities.

Parents are drawn to the school because of the varied and challenging curriculum, designed to prepare students to enter good universities, Br Michel said. The extra-curricular programme is also strong and “helps shape the personalities of our students”.

“We look at the future with confidence”, he added. “We have just finished reconstructing our entire campus. We have a dedicated staff and great students. We have just installed a new and powerful student information system and our theme for this year is ‘Renewal and Adaptation’”. 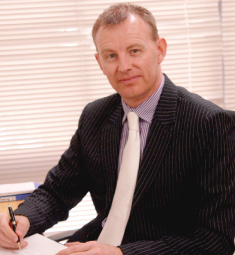 Another establishment which includes a strong element of faith is Seisen International School, a Catholic girls’ day school in Setagaya Ward that also has a coeducational Montessori kindergarten. Founded in 1949 with just four US students, today it has more than 600 from nearly 60 nations.

The new school year has started with about 5% fewer students than last year, according to Ninnette Trout, primarily those from Europe and North America and as much due to the global economic situation as the disasters of March.

“Some parents will choose Seisen because it is a Catholic girls school, although we have boys in the kindergarten, because of the family atmosphere, or because they are interested in any of the academic programmes we offer, such as the IB Diploma, PYP and Montessori kindergarten”.

Back to school in Kansai

The situation in Kansai has, unsurprisingly, been quite different to that in eastern Japan, thanks to its geographical distance from the areas affected by the earthquake and radiation scare.

St. Michael’s International is a British school in the Anglican tradition that has been providing quality primary-level education in Kobe for more than 65 years, with enrolment steady at around 160 pupils aged 3 to 11, according to Head of School Paul Grisewood. And while some people left Japan after 11 March, all but one family returned. “The recent events proved our crisis management responses in regard to disaster, communication, enrolment and financial planning were very effective”, said Grisewood. “We had several meetings putting numerous actions in place but, thankfully, none of these were required. Our school has an excellent reputation for being a quality school that delivers an excellent curriculum, with highly professional and caring staff”, he said. “When asked at entry ‘Why St Michael’s?’ parents comment on our reputation and the high-quality international English-speaking environment delivered by expatriate staff, coupled with the caring community. We are a small, safe and welcoming school focussed upon excellence in all areas”.

Founded 20 years ago in the neighbouring city, Osaka International School (OIS) has around 260 students this year—the same number as before the disasters struck—said head of school John Searle. Students follow the International Baccalaureate curriculum and the school has a close connection with the local Japanese community.

The OIS will continue to develop its potential and the relationships under the umbrella of the Kwansei Gakuin educational foundation as part of an alliance that makes the school unique “probably in the world, but definitely in Japan”, said Searle.

“One main reason there isn’t a declining need is that international education is working at the cutting edge of the education field”, he said. “The work that the schools are doing matches the development and consequent opportunities and challenges of globalisation”.