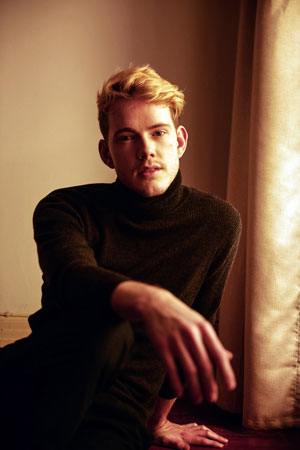 Samuel Alexander was lying in a Kyoto capsule hotel chamber when the idea for KiD came to him. It would be a high-quality fashion brand, but it would be far more than that; KiD would also be ethical, collaborative, young-at-heart and, in the future, it would extend a helping hand to up-and-coming designers seeking their first foothold in the sector.

“I was so excited at the concept that I just couldn’t sleep”, 28-year-old Alexander told BCCJ ACUMEN. “I opened my notebook and started sketching out designs and ideas of where I wanted to go”.

Four years later, KiD is evolving into an exciting new brand that Alexander says is appropriately grown up.

“KiD was always about bringing together British style with Japanese quality and craftsmanship, and I think I have done that through a series of collections of tote bags, clutches and rucksacks in the last couple of years”, he said.

“KiD was cute, but I think I have outgrown it now and it is not so relevant for me as a designer any more”, he explained—although Alexander emphasises that he fully intends to keep the UK–Japan collaboration intact.

“I am now more proud of what I can do—I think the designs are more fully realised—and”, he added, “I thought it was time we moved on from that image”.

The new brand—Samuel Alexander—launches on his birthday in early April.

Starting out
Originally from Southampton, Alexander did a four-year degree in fashion design and development at the London College of Fashion, part of the University of the Arts London. But he was deeply disappointed by an internship that was meant to give him a taste of the fashion industry.

Being diplomatic, he won’t name the firm at which he interned. Yet the experience has helped shape his philosophy and was instrumental in the development of KiD.

“At its core,” he noted, “KiD was about not dismissing young designers who are just starting out. There are a lot of very good young designers with some wonderful ideas, and the industry needs to respect all opinions”.

Alexander paid his first visit to Japan in the spring of 2011, acting on a long-held fascination with the country.

“As a child, I was always interested in Japan and played video games and watched anime on television, so I guess you could say I have been a bit obsessed since I was very young”, he said. Meanwhile, teaching at a Tokyo language school gave him the financial security to start KiD, with his early focus on collections of bags.

“I initially wanted to work with knitwear because I love wool, but it’s very expensive to set up, so I started with something that is more manageable”, he offered. 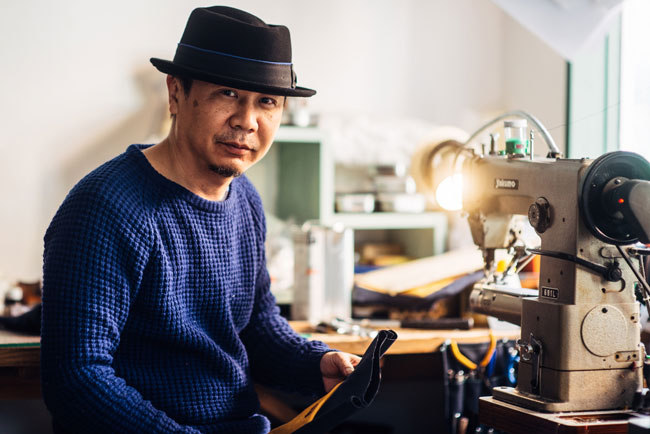 After mapping out a series of designs for his first collection and then laboriously stitching them together, Alexander found a Japanese craftsman—Kazufumi Koike—with more than 30 years of experience in using Japanese materials and techniques to create top-notch bags and accessories.

“I believe it is a really good blend of British design with Japanese quality, while also going some way to supporting traditional skills that are dying out here”, he added, explaining that, unlike products that are mass-produced in a factory, designs for the KiD label—and now Samuel Alexander—are developed, improved and evolved through a dialogue between the designer and the craftsman. And that brand story gives customers a special attachment to their purchase.

Young and bright
Alexander’s most recent collection incorporated corduroy, a quintessentially English fabric. He has also used tweed and moleskin in his designs.

Currently, he is branching out into other types of clothing, such as a trench coat, and is keen to work as much colour as possible into his future creations, if only to get away from the monotony of the colours to be found on Japanese commuter trains.

“There is this image of Japan being all neon and bright colours. But in reality, it is quite conservative, and I do want to add a dash of colour to the city”, he said.

“I have so many ideas that I want to explore, but I don’t always have the time—or money—to put into them, and that is torture for a creative person like me”, he explained.

Further afield
Customers to date come from all age groups, with Japanese buyers attracted by the combination of British design and Japanese craftsmanship, as well as price points that are very reasonable in comparison with those of similar products being sold in boutiques or department stores. Alexander’s website has also caught the attention of buyers from as far away as Dubai, New York, the UK and New Zealand, while a department store in Okinawa has been selling a selection of his bags since last year.

“I wanted KiD to grow into a role model for young people in the design and fashion world, to show to them that even though the industry might not always give them respect because they are not perceived as having enough experience, KiD will demonstrate that they can succeed if they are willing to work hard”, Alexander said.

“And now I am working with a team where one person is overseeing sales and promotion efforts and another colleague is in charge of marketing, which frees up my time to design for the new Samuel Alexander brand”, he added. 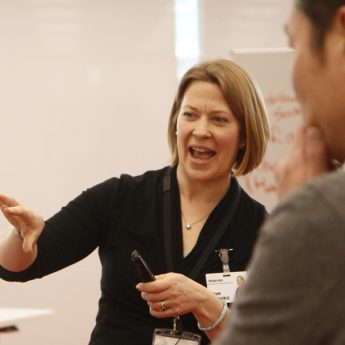 Few companies have emerged from the global downturn unscathed, but Scotland's whisky industry has proven relatively resilient — with increased exports to Japan. "It's an affordable luxury", says David Croll, who established Whisk-e...