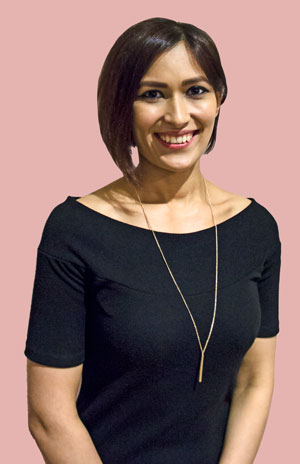 It often feels as if we are living in an age of entrepreneurs, with many of the firms that now define our lives having been founded in recent memory and many more, based in the likes of London’s “Silicon Roundabout”, achieving multimillion-pound valuations. But Japan has arguably proved somewhat more resistant to the startup bug, and well-trodden career paths with major firms remain the preferred route for those just starting out in the world of work.

It is an even tougher environment for non-Japanese, who typically lack cultural familiarity and useful connections. But that hasn’t stopped some from trying, and one of them, Fariza Abidova, who hails from Uzbekistan and initially came to Japan on a government scholarship, spoke at the British Chamber of Commerce in Japan’s (BCCJ) 11th Small is Great event on 23 May.

As the founder and chief executive officer of two firms—SOPHYS Corporation and Trusted Corporation, which offer cross-cultural training and a platform for connecting small and medium-sized enterprises (SMEs), respectively—Abidova has accrued a great deal of experience in what it takes to build a successful business in Japan.

In the course of her presentation, Abidova revealed many of the hard-won lessons and insights she has taken from founding her own firms.

Trusting yourself
While startups might lack the resources of larger firms, they do have the advantage of agility. Abidova said this was something she has come to appreciate from working on her first business.

“For startup companies, speed is everything”, she said.

That can be a big factor when it comes to partnerships and the targeting of clients—saying you have worked with a large firm brings prestige, but it can also be a slow process with a high chance of failure.

Goal setting is a key part of any business, but it is all the more challenging for startups given they often are facing a comparative lack of resources and experience, as well as the fact they might be trying to bring a novel product or service to market. When Abidova sat down to establish what could be achieved, she came away with a plan that would have seen her earn $500,000 (£388,000) in revenue per year. But in reality, it took her two years before she secured her first paying client.

“Even though [my goal] seemed really realistic because it was based on numbers, I understand now that I didn’t take into consideration two points”, she said. “I was depending on the resources of other companies that I cannot directly manage, and that was something that I understood later to be why my goals were unrealistic. And the second part was I was making goals based on my company priorities, my company strategies, and I didn’t take into consideration my partner company’s processes, internal issues, company priorities and everything else”.

That slow progress was stressful, but Abidova found that these “unrealistic goals” nonetheless helped motivate her. Now, with her second firm, she has learnt that these goals are useful so long as you recognise things won’t always go completely to plan, and that it is important not to lose sight of small achievements along the way.

Asked by BCCJ President David Bickle if she had ever suffered a crisis of confidence in those two years, Abidova admitted that she had. But this fed into one of her most significant lessons—how to make decisions.

“Because you’re doing something new, no one can confirm for you if your strategy is right or wrong—that is the most difficult thing for me because I always needed someone to say, ‘Yeah, it’s a good idea’”, she said, noting that the pressure was often particularly acute given that other people’s salaries might be on the line.

“The only way to understand if the decision is right or wrong is to take action and see the result—to believe your own intuition.

“If you fail, fail fast”, she added, repeating the mantra that has come to define startups the world over. “If your success was lucky, well, it’s working”.

Abidova also noted two challenges she encountered once her startup had become a success. The issues provided the impetus for exploring a second business. The first challenge was that she couldn’t scale the firm’s operations—her own schedule was full and the types of clients she was targeting were of a limited number. The second problem was that the startup had become founder dependent.

“Even though I had some people interested in working with me, my clients always told me they wanted me to deliver the service because they don’t want to receive a different level of quality”, she explained.

A new path
Trevor Webster, who is a member of the BCCJ Executive Committee and managing partner at Taylor Brunswick Group, asked Abidova what it was that excited her about being an entrepreneur. She revealed that she had needed to overcome traditional attitudes in Uzbekistan to the role of women in society. Those beliefs almost prevented her from attending university, let alone moving to Japan to study and eventually start her own business.

“I didn’t agree with traditions, I wanted to make my own path”, she explained. “I want to be in control, to be free—that pushed me to do my own business without working with a big corporation, because I want to decide when to work, what projects to work on and how to work.

“Now I am enjoying my freedom, standing here in front of you—I never guessed that I would be giving a speech in Tokyo”.

As a final question, BCCJ Interim Executive Director Emma Hickinbotham asked if Abidova was already thinking about her next startup.

“I have business plans until I am 80 years old”, she replied. “I have so many ideas”.