The UK community’s compassion, caring and commitment to the people of north-east Japan were underlined at the unprecedented “Special 51 Night: Road to Recovery” event at the British Embassy Tokyo on 8 March, with more than 200 people gathering to mark almost exactly one year since the Great East Japan Earthquake.

And while much has been made of the devastation caused by the worst natural disaster to strike Japan in living memory, the event was a celebration of all that has been achieved in the past 12 months and a reaffirmation of Britain’s commitment to Tohoku, Ambassador Sir David Warren KCMG noted. It was also an opportunity to raise further funds for the people in the hardest-hit areas.

“March 11 was very much a life-changing day for us all and an experience of the ferocious power of nature”, Sir David said. “But we all discovered strength that we did not realise we possessed and a sense of community and shared purpose”.

Sir David added that he had lost count of the number of Japanese friends and acquaintances who had expressed their heartfelt thanks for UK and its community here that has rallied to assist those who have lost so much.

“It has been a magnificent team effort that could not have happened without the support of the chamber and its member companies”, he added. “The chamber should feel enormously proud of all that it has achieved”.

“This is a time of reflection but, above all, it is a time to celebrate the closer friendship between our two countries”, he said.

The event, held at the ambassador’s residence, was attended by Princess Takamado and generously supported by many of the firms that have contributed over the past year to the BCCJ’s Back to Business (B2B) Initiative, with Jaguar Land Rover covering the cost of the traditional British fayre that was served up to the guests, while Berry Bros & Rudd, the UK’s oldest wines and spirits merchant, supplied the wines for the evening.

A silent auction raised ¥1.395mn with some impressive donations from Virgin Atlantic; the Shangri-La hotel, Tokyo; Dyson; Wedgwood; the Peninsula Tokyo; and Walk Japan. In addition, there were two specially commissioned pieces by Chiba Sougen, the Ishinomaki master calligrapher. With cash also from entry tickets, a booth and other donations, the total raised on the night was about ¥3.334mn.

BCCJ President Philip T Gibb thanked all those present for their support over the past year—as well as for all they will do in the future, given that regeneration efforts across Tohoku will last many years.

“As a business organisation, the chamber felt that the most appropriate way for us to help was through the Back to Business initiatives”, Gibb said, even though, he noted, this form of support might not be so glamorous. 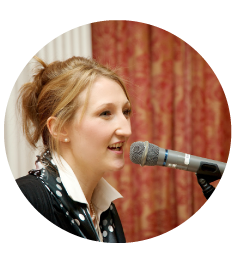 “And we have only been able to do this through your kind generosity. We raised a staggering amount of money last year, but anyone who has seen the before and after picture will know that much remains to be done and the work will take several years”.

BCCJ Executive Director Lori Henderson then gave a presentation of some of the economic kick-start projects the chamber has taken on over the past year and introduced a delegation from Tohoku, who had travelled to Tokyo thanks to the support of Lloyds TSB Bank and Allied Pickfords.

The group included the principal of Yamashita Junior High School, the head of the Green Farmers’ Association in Minami Sanriku, the founder of the Love Click project, a representative of the It’s Not Just Mud NPO and a group of fishermen’s wives from Izushima who created a selection of handicrafts for the event.

Each expressed their thanks to the British community for all that has been achieved to date.

The evening also featured a screening of the music video Hope, a collaboration between Nick Wood, Julian Lennon and Tetsuya Komuro. All proceeds from the evocative song are going to the charity Beyond Tomorrow.