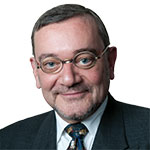 It’s time to face the reality of climate change

Tokyo was recently brought to a virtual standstill on two occasions by record snowfalls, both in terms of the amount of precipitation and the areas most affected.

After the most recent downfall, the slope from Seijo Station to the riverside where we live was closed to traffic and the walk along the river to the nearest station, Kitami, was treacherous.

To be fair, NHK had issued severe storm warnings the previous day; the science of weather forecasting these days is incredibly sophisticated. So people to some degree could prepare, but, even then, how many were expecting the severity?

The same might be asked about the millions of people who live along the US eastern seaboard, which in recent weeks has also seen snowstorms of unprecedented ferocity.

Blizzards unheard of in more than a century have resulted in the deaths of numerous people, extremely high winds contributing to the resulting destruction. Airports were thrown into confusion, passengers frustrated by repeated cancellations and diversions. Even Washington DC was brought to a near-standstill.

Meanwhile, on the US West Coast, residents are facing an entirely different, but nevertheless worrying weather situation.

California has seen very little rain over the past three winters, and lakes and dams are running dry. The most severe drought in living memory is having a devastating effect on the state’s agricultural output; almond growers—almonds are California’s most important farming export—have been among the hardest hit.

Countless workers have been laid off as farmers face possible bankruptcy. President Barack Obama has put in place financial measures that will support such things as food programmes for the most severely affected residents.

Similar emergency measures are being deployed in the UK, where the south of the country has been attempting to cope with flooding on an almost biblical scale.

The southern coast has been buffeted by never-before-seen waves. Extremely high winds have brought down trees and power lines; at one point over 40,000 homes were without electricity.

Virtually the entire Thames estuary has been flooded as never before, the historic river breaking its banks even as close to the capital as Kingston in Surrey.

Prime Minister David Cameron has gone on record as saying that past British governments should have done more to prepare for and prevent such devastation.

The Queen has personally contributed to the relief efforts and Princes William and Harry have volunteered alongside members of the armed forces to shift sandbags in an effort to stem the floodwaters.

But to those thousands of people who’ve seen their homes ravaged by the deluge, these must seem mere gestures.

And while it is important to focus on the humanitarian impact of these weather events, it should not be forgotten that an enormous economic impact resonates even with those far removed from the afflicted areas.

Yet, for all this, there are still people who refuse to accept that climate change is a reality, people who believe global warming is the invention of liberal do-gooders.

What more will it take to persuade people that if we continue to treat our planet as we do currently, it will soon be too late—if it is not already—to save us from annihilation?

It is not as if this were something new. Centuries ago William Shakespeare expressed concern, giving Titania, Queen of the Fairies in A Midsummer Night’s Dream, the memorable lines:

“Therefore the winds, piping to us in vain,
As in revenge have sucked up from the sea
Contagious fogs which, falling in the land,
Have every pelting river made so proud
That they have overborne their continents.
The ox has therefore stretched his yoke in vain,
The ploughman lost his sweat, and the green corn
Hath rotted ere his youth attained a beard.
The fold stands empty in the drowned field,
And crows are fatted with the murrain flock.
The nine men’s morris is filled up with mud,
And the quaint mazes in the wanton green
For lack of tread are indistinguishable”.