At the beginning of this year, coming off the great success of 2019’s Rugby Alliance, a group of 20 international chambers of commerce formed the Paralliance to support Paralympic-related activity in Japan. On 24 August, the group, which includes the British Chamber of Commerce in Japan (BCCJ), hosted a webinar to discuss the challenges, plans and opportunities that lie ahead for the postponed Games.

“In exactly one year’s time we should all, Covid permitting, be sitting here in Tokyo enjoying the opening ceremony of the Tokyo 2020 Paralympics,” said BCCJ Vice President Alison Beale as she welcomed attendees and noted the 8pm start. Beale, who is also director of the University of Oxford Japan Office, then introduced the three-person panel of International Paralympic Committee (IPC) President Andrew Parsons, IPC Chief Brand & Communications Officer Craig Spence and Yasushi Yamawaki, an IPC governing board member and a vice president of the Tokyo 2020 Organising Committee.

During the one-hour discussion, Parsons, Spence and Yamawaki shared why it was important to postpone the Tokyo 2020 Paralympics to ensure safety, talked about the ongoing rescheduling efforts and expressed hope that next year’s Games will bring awareness of physical challenges and a meaningful change to attitudes as well as the city’s infrastructure. 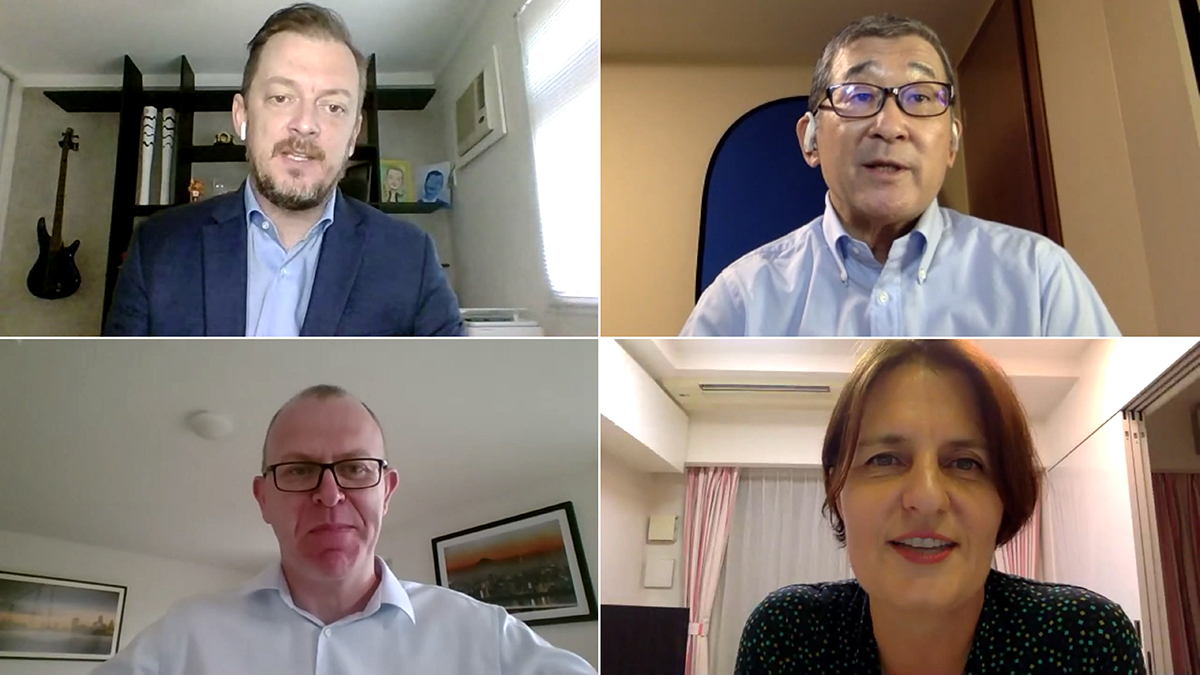 “When the decision was made to postpone the Tokyo 2020 Games, I think most of the 2020 staff and partners, including me, were very much surprised and shocked,” Yamawaki said. “But, at the same time, they realised that postpone­ment was better than last-minute cancellation—especially for the athletes who had been working so hard to get into the Games”.

He noted that most staff and partners were very happy one week later when it was announced that the Paralympics would be rescheduled for the same dates and venues in 2021, giving them a clear roadmap from which to work for one more year. “But I don’t think they realised how hard it would be to reschedule at the moment they received that news,” he added, pointing out that it is a huge job to renegotiate thousands of contracts one by one to secure the same venues, volunteers, transport and accommodations for the same dates next year.

The IPC alone, Spence added, had to review 300 contracts—including television contracts with 164 broadcasters—in the space of two weeks, and that each impacted the cash flow of the IPC for 2020.

“The safety of athletes is our number-one priority. Everything else related to the Games will be down­scaled to save costs,” said Parsons.

Saying that the Games cannot be disconnected from the rest of the world—that all nations have been affected by the coronavirus, and even delivery of a vaccine tomorrow won’t solve all challenges—he explained some of the changes we will likely see.

“One of the principles we have agreed with Tokyo is that it will, first and foremost, be about sport. So, everything that directly is involved with the performance of the athletes, or with the well-being of the athletes, will remain untouched. Everything else, we are agreeing with Tokyo in reducing and downscaling the operations. We have identified, already, more than 200 opportunities and we are discussing these with Tokyo, and our understanding is that this can become a blueprint for the future.

“One of the positives that we can take from this situation is how we can find a way to deliver Games that are more rational from a spending point of view and cut, basically, everything that does not have a direct impact on the running of the Games—and we could not have chosen a more reliable organising committee to do that”.

The Paralympics also drives improvements to infra­structure, and 99% of Japan’s rail stations are expected to be barrier-free by the start of next summer’s Paralympics, up from 75% when Tokyo was named the host city seven years ago.

Past Games have shown that education and atti­tudes are also changed in communities which host the Paralympics, and Yamawaki talked about pro­gress that he has already seen. Some 36,000 primary and secondary school children have taken part in education programmes at the Nippon Foundation Paralympic Support Center, where he is chairman.

“We have seen significant change in realising the awareness of parasports and people’s percep­tions of disability,” he said. “Children who learn from this unique, never-seen-before programme will become future leaders who help create an inclusive society after the Paralympics. And they will teach their parents, too”.

Spence said: “People with disabilities always find innovative ways to beat the challenges they face on a daily basis, so they can bring creativity to business and add significant value to the bottom line. We want everyone to see the opportunity and value of diversity”.

Asked how the foreign business community in Japan can get involved, Parsons called on firms to look not only to Tokyo 2020 but to the legacy the IPC wants to create, and to find ways in which they can become more accessible and inclusive. Even small steps, he said, can make a real difference.