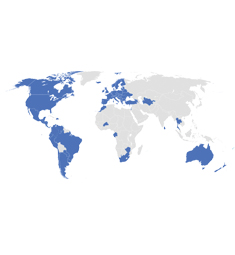 States that have signed the global child-custody treaty

After years of increasing foreign pressure, Japan has finally agreed to sign a treaty to help settle cross-border child custody disputes, the Sankei Shimbun reported on 19 May.

Japan is the only G7 nation that has not signed the Hague Convention on the Civil Aspects of International Child Abduction, which requires the return of children under the age of 16 to their habitual country of residence after a divorce. But it could take a long time for laws to be implemented as objections and amendments are considered, experts warned.

ACUMEN reported in January that 38 unresolved cases of child abduction and related child custody and access issues involving UK nationals in Japan had been reported since 2003, although the total number is believed much higher.

The government this year hopes to submit to the Diet a draft bill for approval. The treaty, however, would only help foreign parents who live abroad and is unlikely to be retroactive. Tokyo may also stipulate that a child may not be returned if they and the parent who is objecting to the return have been abused by the other parent, if the Japanese parent could face criminal prosecution abroad, or if the foreign parent has difficulty caring for children.