In 2016, Japanese Prime Minister Shinzo Abe announced an  ambitious target for inbound tourism: 40mn visitors by 2020—double the number in 2015. The efforts got quick results. Boosted by major upcoming events such as the Rugby World Cup 2019, the Tokyo 2020 Olympic and Paralympic Games and the World Expo 2025 to be held in Osaka, a new goal of 60mn by 2030 was set. While this is great for the economy—total revenue from tourism increased to ¥4.5tn in 2018—residents are less than thrilled by the sudden influx of visitors crowding their streets and favourite shops.

On 29 July, the British Chamber of Commerce in Japan launched the Travel Tourism Think Tank with an event entitled Responsible Tourism at Tokyo American Club. Adam Fulford, chief executive of Fulford Enterprises, moderated a panel of experts from the global tourism industry who discussed Japan’s tourism boom, the problems that come with it and possible solutions. 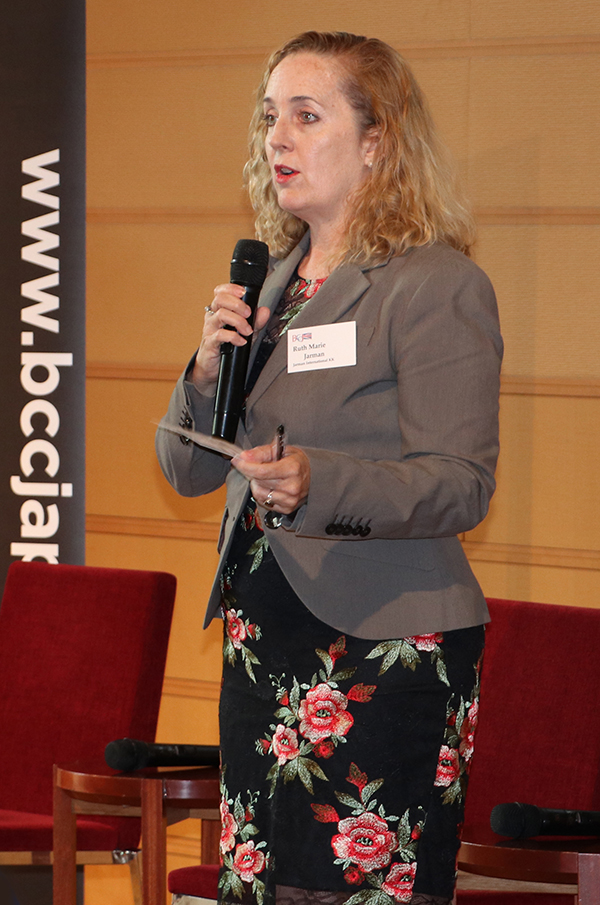 Ruth Marie Jarman, chief executive of Jarman International K.K., said the panel was an oppor­tunity to brainstorm on how things could be better managed in the tourism industry. To help focus the discussion, she introduced three keywords:

Tourists should be given the chance to discover new destinations in Japan, and the tourism industry should help them do this. When they journey down these roads less travelled, it can be a surprising experience for the locals as well as they interact with someone who has discovered their commu­nity for the first time.

Dissemination, Jarman explained, refers not only to the spread of information, but also to the dissemination of people—getting tourists to visit parts of Japan other than the major cities, so that everyone is not congregated in the same location.

And then there is development. How can tourism lead to the revival of rural communities? “One of the ways to bolster the [local] economy is to get new customers to travel to new areas,” Jarman said, citing this as the biggest challenge the industry faces. “Everything is connected now, and we are the connectors”.

One answer proposed by Hans Heijligers, CEO of IHG ANA Hotels Group Japan LLC, is community engagement. “When we talk about responsible tourism, we have to talk about sustainable tourism. Engaging the communities is one of the most important ways to do it,” he said. “Right now, the centre of tourism is very much focused on the triangle—Tokyo, Osaka and Kyoto—whereas there are so many other opportunities”.

Heijligers cited his firm’s newest regional property, the ANA InterContinental Beppu Resort & Spa in Oita Prefecture, as an example. “All the produce is bought within a 50km radius,” he said. “We can be an active part of building that responsible and sustainable model”.

Fulford asked what positive impact a regional hotel might have on the community. Heijligers said that it takes collaboration between the business, the community and a really supportive local govern­ment. A hotel can also provide more job opportu­nities. “Most of the people we employ are actually from the community,” he said.

Compared with the Western market, domestic travel to the countryside is not as popular in Japan. Naohiro Fukawa, director of Tourism Shizuoka, said one of the challenges is the lack of understanding in the local community of what tourism is. “Regional communities tend to see tourism as friendship exchange, not a business opportunity”.

Britain has been very successful with bringing tourists to the countryside. Sharing her perspective on why this is so, Tomoko Hisaki of Visit Britain, the UK’s national tourism agency, said that, histori­cally, Brits prefer to live in the country­side and work in the city. This is not the case in Japan. 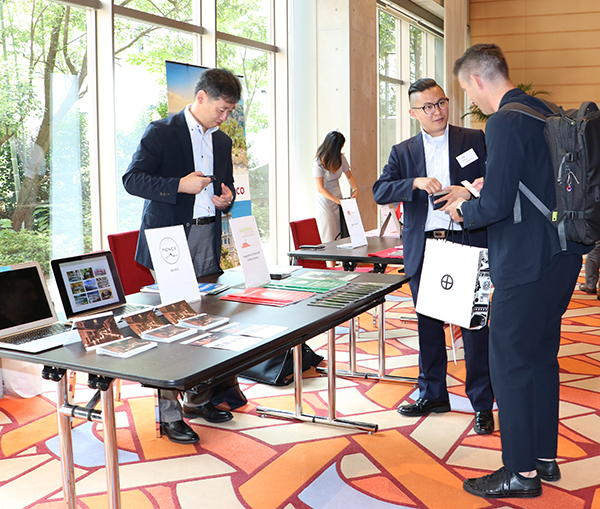 Another topic discussed was infrastructure. This includes not just physical infrastructure, but also how we travel. Heijligers said that domestic travel in Japan lives and dies in peaks. “We have these enormous peaks at certain times of the year when everything gets inundated with people and traffic jams, and rates are incredibly high. Then we have these long periods of very low business when the infrastructure isn’t used.

The panel suggested this was partly due to Japan’s holiday calendar. During long stretches such as Golden Week in May and Obon in August, the entire country goes on holiday all at once.

It’s a different story in Europe, for example, where holidays are less concentrated and spread out over the year. “You don’t want a small village suddenly inundated with thousands and thousands of people hopping off buses and throwing CO2 into the air,” Heijligers said.

“One of our goals is to reduce our carbon foot­print. The tourism industry—and hotels in particular—are not good business when it comes to carbon footprint. We have to make conscious efforts to consistently reduce that”.

How and when the industry builds is also important, Heijligers said. Property development in Japan should not be underestimated. It is vital for the tourism industry to work with developers and construction firms to create sustainable buildings.

The last point of discussion was the importance of bringing the right product to the right people—specifically to the Western market. “That market is really looking to connect culturally with destina­tions,” said Heijligers.

Visitors have the opportunity to engage with regional Japan in mindful and responsible ways. “People are coming to Japan to find humanity. That is an underlining attraction to this beautiful place,” added Jarman.

Fulford brought the discussion to a close by connecting the destination with the visitor. “If I was going to summarise what Japan has that maybe other countries do not have, it is a mind for the other. Tourists are very much consumers; but we could be contributors”.

He mentioned that, the day before the event, he had been part of a group of visitors to a small rural community in the mountains of Yamagata Prefecture. After a festival, they stayed to work alongside the community, who were grateful to have visitors from outside of the community helping them.

“That is key to the future of responsible tourism at the local level,” he said. “So much experience comes out of that encounter”. 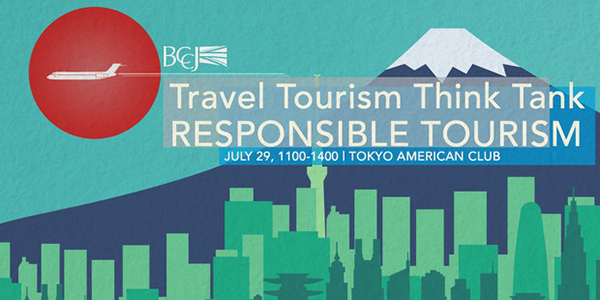