For the first time, four of the five laureates in Japan’s prestigious Praemium Imperiale Awards are from the same country — a result hailed as a reflection of the creative depth and cultural diversity of Great Britain.

At a British Embassy reception, Ambassador David Warren said the awards underline the “profound and long-lasting cultural relationship between Japan and the United Kingdom” and recognise the modern and innovative creative arts as well as the traditional and classical.

Perhaps the winning laureate best known to Britons is the prolific playwright Tom Stoppard. Born Tomas Straussler in Zlin, Czechoslovakia, in 1937, his family fled to Singapore just before Nazi persecution of the Jews began. The family was again evacuated as Japan invaded, but became separated from his father, who is believed to have died when one of the last transport ships out of the colony was sunk. 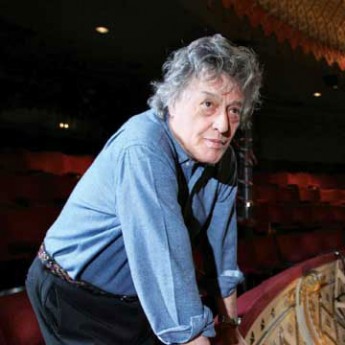 After studying in India, where his mother married a British army major named Stoppard, the family arrived in Britain in 1946. Leaving school at 17, Stoppard became a journalist and began writing about local dramatic productions.

Exposure to the stage encouraged him to pen his first play. Within a week of submitting it to an agent, the work was optioned, performed in Hamburg, and broadcast on British TV in 1963.

Supporting himself with his earnings as a freelance journalist,

he wrote his second play, Rosencrantz and Guildenstern Are Dead, which was staged at the Old Vic in 1967 and made Stoppard an overnight success.

“I imagine that being born in one place, spending one’s childhood in a second place, having a new father, being brought to England and being exposed to a new language must shape one, but we are all shaped by the haphazard forces of life”, Stoppard said.

“I think the most important thing is to deal with who you are, rather than try to account for who you are”.

Richard Long has enjoyed a working relationship with Japan since the country first influenced his works in the 1970s. With his striding gait, it is clear that Long is a walker, and he has turned this passion into his art. 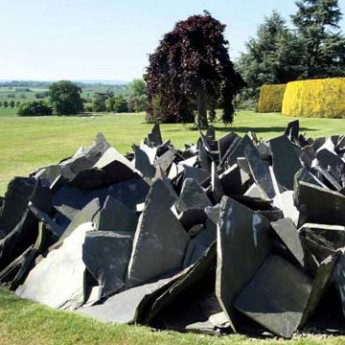 Walking fields, mountains and the coasts of many countries, Long has turned what he finds into art, contributing to great changes in conventional formative sculpture.

“Rivers, rain, footpaths, rocks. Japan has been a big part of my art life and in the 1970s I created a straight walk in a bamboo grove, a line of stones on Mt Fuji and a ‘winter walk’ near Kyoto”, he said. “In all of these, I was inspired in my walking by the wandering Japanese poets, especially Basho, and that has bonded me to Japan”.

He has evolved a unique way or working, creating simple shapes—lines, circles, designs—of natural materials such as sticks or stones he finds during his walks, recording the finished work in photographs or text works. These pieces are left for those on similar walks to stumble across.

Long is the only artist to be shortlisted for the Turner Prize, which he reportedly turned down in 1984 before accepting it in 1989 for his White Water Line.

Baghdad-born Zaha Hadid knew exactly what she wanted to be from the tender age of 11. After studying in Beirut and London, Hadid, 59, opened her own architecture practice at age 30—rapidly earning a reputation for her original and idiosyncratic vision of how buildings should look. 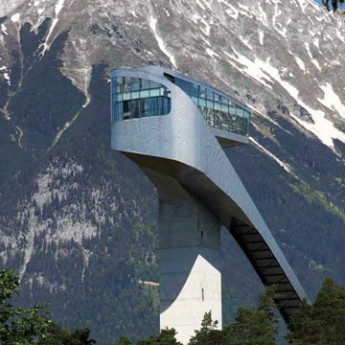 Winner of numerous international competitions, Hadid became the first woman to receive the Pritzker Architecture Prize—the architectural world’s equivalent of recognition by the Nobel committee. Her work was also displayed at a retrospective in the Guggenheim Museum in New York in 2006.

“I have a very long relationship with Japan, while in Britain they still try to semi-insult me by saying I’m not an architect”, she said, emphasising that relationship by pointing out that she dresses

“When I was at school, I felt there should be some struggle to create a new speciality, but I had no idea that journey would lead to so much discovery for me”.

London-based Hadid’s works have been characterised by fluid, dynamic exteriors, interweaving geometric curves, straight lines and sharp angles. She has designed the interior of a Sapporo restaurant and a Tokyo boutique.

Already a world-renowned pianist specialising in the classical music of Germany and Austria, Alfred Brendel moved to London in 1971. What makes Brendel remarkable is that he is largely self-taught and is from a family not musically inclined. 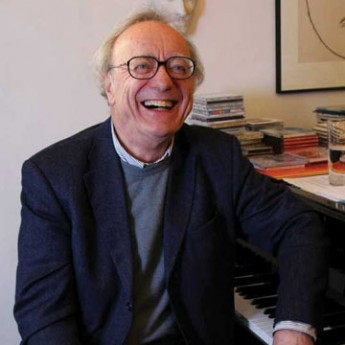 Born in Vizmberk, Czechoslovakia, in 1931, Brendel had occasional piano lessons from age six and was soon recognised as a natural musician, performing his first public recital aged 17 in Graz. He moved to Vienna in 1949 to nurture his talents under Edwin Fischer and Eduard Steurmann.

Brendel’s first recording was Sergei Prokofiev’s Piano Concerto No. 5, released when he was 21. Widely regarded as one of the most thoughtful interpreters of classical German works, Brendel rarely performed 20th century pieces. Towards the end of his performing career in 2008, he stopped playing some of the more physically demanding compositions due to arthritis; turning to poetry, he published two volumes.

“Apart from talent, a musician needs a good constitution, patience, perseverance, a good memory and the ability to plan ahead”, he said. “Then there is the pleasure of the work, of getting something out of it and getting something across to an audience. It also helps to have a healthy scepticism and a bit of a sense of humour”.