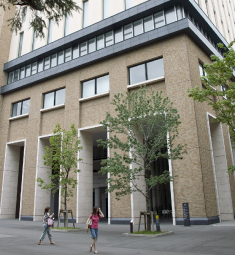 It was not so long ago in Japan that business know-how gained on the job was considered to be more important than anything learned from books and in classrooms.

But with business focus moving rapidly towards other parts of Asia, it’s not only businesspeople who, wishing to increase their marketability, are adding a Masters in Business Administration (MBA) to their CVs. Firms are seeking to hire personnel with these qualifications to increase their competitive edge.

Tomoya Nakamura, dean of Globis University’s Graduate School of Management, said, “Some more traditional Japanese companies out there still don’t appreciate the value an MBA can offer, claiming on-the-job experience and company training are enough to make good decisions and grow you as a businessperson.

“However, the majority of Japanese companies have changed their views”, he added.

For Globis, this year marks 20 years in business during which its overall student intake has grown from 20 to 7,000, with 414 students participating in its thriving MBA programme—a five-fold increase over the 2006 figure.

To celebrate the anniversary, it has built a new office in Shanghai, launched a new campus in Sendai and introduced a one-year full-time English MBA programme at its Tokyo campus, in addition to its existing two-year part-time MBA and a pre-MBA programme, which allows students to participate in part-time MBA courses before officially enrolling.

“Over the years, we have received a lot more applications from Japan-based foreigners and applicants from overseas”, said Nakamura. “Bilingual Japanese students are also increasingly attending, as are Japanese from major firms wanting to develop visionary leaders to help them in their globalisation efforts”.

This is also the case at Waseda University’s Business School, which last year updated its MBA programmes partly to accommodate a growing tendency by working professionals wanting to undertake after-work studies. At 250, this year’s intake is 50 more than usual, said Koji Aiba, a professor of Waseda’s MBA programme.

“The part-time MBA market potential is huge, because people don’t want to leave their companies due to difficulties getting a new job in the current [economic] climate”, Aiba said. “People are starting to understand that, through study, you can learn how to manage better”.

Waseda offers two part-time two-year programmes—a general evening MBA and a specialised one—although the latter is only available to applicants with at least three years of professional experience. Meanwhile, the university’s two full-time programmes are a two-year international MBA (available in both English and Japanese), during which participants are encouraged to undertake some of their studies overseas, and a one-year general MBA programme in Japanese only.

“The hard part for international students studying in Japan is that they often only learn in English and therefore only communicate with English-speaking professors and not so much with Japanese students, many of whom do not want to come to English-language courses”, said Aiba. 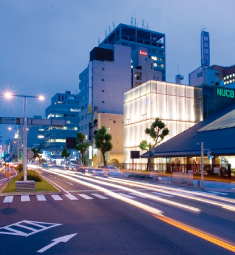 “To help overcome this we offer bilingual courses and a zemi (seminar) system that encourages Japanese and international students to mingle and exchange ideas”, he added. With Japanese firms increasingly moving their operations outside Japan, young Japanese people want to better equip themselves for global business and are more open to this type of study.

This factor was also at the heart of a major change last year at the Business School of the International University of Japan (IUJ) in Niigata. “The faculty made the decision to focus all programmes on the central theme of ‘leveraging emerging Asia for global competitive advantage’”, said IUJ Dean Philip Sugai. “As Asia becomes an increasingly important and dominant market, it is impossible for any company to ignore this region if global competitive advantage is their aim”.

In addition to its two-year course, IUJ launched a one-year intensive MBA for corporate-sponsored students wishing to gain an integrated management perspective during their MBA studies, Sugai said. IUJ, which last year also celebrated its 30th anniversary, offers a newly redesigned E-Business Management programme in entrepreneurship and technology, he added.

“An MBA is an incredibly important degree and our main focus is on training truly global leaders who are able to effectively solve the major challenges of globalising businesses and markets”, said Sugai. “We are now at a critical point in the evolution of Japan and the Asia region. The challenges that both Japanese and international companies face require a new group of globally minded leaders who are capable of dealing with these for the highest possible benefit of their companies, their countries and the world”.

Meanwhile, Yvonne Kageyama of Hitotsubashi University’s Graduate School of International Corporate Strategy (ICS) believes that a “fundamental shift” in the Japanese job market, to strengthen management and leadership skills, has increased demand for MBAs here. “It is the substance of what the MBA education offers and not the degree itself that is important to corporations here in Japan”, Kageyama said.

The university offers a one- or two-year, all-English language MBA programme, as well as a three-year Doctor of Business Administration (DBA) course, also taught entirely in English. However, their Financial Strategy and Business Law MBAs are offered only in Japanese.

“Students enrolled in our global MBA programme come from all over the world, with a vast variety of work experiences, said Kageyama. “Among our several ‘non-corporate’ examples, we have in the past graduated an art and investment director from France and a medical doctor from Myanmar. But despite this variety, students share several important traits: they all need to have international mindedness demonstrated by a strong command of English and several years of full-time work experience to enable them to contribute more meaningfully to the class”.

Triggered by the key phrase “global awareness”, Nagoya University of Commerce and Business (NUCB) has experienced a shift in emphasis in its MBA courses.

“We have been putting greater emphasis on business ethics and compliance in our programmes in order to develop leaders who can make sound judgements in the rapidly changing business environment”, said NUCB’s Shiori Takebe.

Their one-year, full-time Global Leader Program (GLP) is the lone English-only MBA at the university. Other MBA programmes conducted in Japanese include the two-year, part-time General Manager and Junior Manager courses.

Offering business management programmes since 1954, the university’s GLP is the only English-language MBA course to attain international accreditation, according to Takebe. Some 96% of the faculty are business professionals in their fields, she added, explaining that, “With declining domestic consumption and an uncertain outlook in the world economy, Japanese firms are in need of employees who can think and act innovatively”.

The MBS has been offering a “blended learning” Global MBA since 1992, making it one of the oldest available business courses in the UK. It combines face-to-face learning with online studies, attracting experienced executives worldwide who are keen to boost their career without leaving their jobs, according to East Asia director Christina Siu.

In recent years, the course has attracted growing interest on the part of professionals overseas, resulting in numerous schools of excellence being set up, including ones in Brazil, the US, Singapore and Shanghai, due to an increasing demand for MBA programmes with international perspectives.

“Success at a high level in business demands international awareness”, she said. “The economy of Japan has been transforming from domestic to international focus and many high flyers wish to equip themselves for this change by pursuing a reputable international MBA”.

McGill University’s MBA, also tailored to the new emphasis in the Japanese market, will feature an overseas study component as of next year, said Philip O’Neil, director of the McGill MBA Japan Program. Half of the students are Japanese nationals, while the remainder are from about 40 countries, he added.

“Over the years, the student group is getting somewhat more experienced, with the average age being about 35—compared with an average age of 28 at our home campus in Montreal”, he said. “I think this indicates that people are taking their career development into their own hands, rather than relying on the company to do all the training and career development for them”.

While Japanese firms are among some of the most global in the world, there remain huge opportunities for overseas firms that operate in Japan to develop strength in Asia, Africa and Oceania, O’Neil said. “We hope we can help bring people together, and help develop the skills, mindsets and even the connections to make this happen for individuals as well as companies”, he added.

What happens after graduating?

One benefit of an MBA is networking. “Our career forums and networking events offer a place to network with MBAs from programmes across the country and overseas”, said Mackey.

Catalyst’s members-only database enhances that network reach further and provides a place for MBAs worldwide to undergo research, study and discussions together online. “A big part of our dream is to change the way people take their MBAs”, said Mackey. “This kind of platform means MBAs can leverage the intellect of MBAs everywhere”.

The next forum is at Shinjuku L Tower on 29 September from 1pm to 6pm.