On 29 June, the Tokyo American Club hosted the Recruitment International Awards (RIA), which was co-produced by Custom Media, publisher of BCCJ ACUMEN. The black-tie gala brought together a variety of recruitment firms to celebrate the hard work that had been put into their industry over the past year.

Due to the international nature of the awards, they are the biggest recognition in the recruitment sector in Tokyo. The judging panel comprised 14 industry experts, with 18 awards being handed out to 14 firms, which had been shortlisted from a large number of nominees. 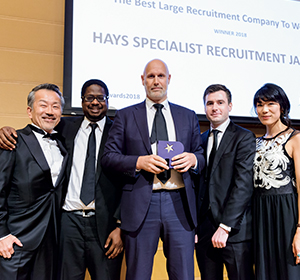 Encouraged to nominate themselves and their most successful individuals, firms wanting to be short­listed are finding it increasingly harder as the RIA gains greater acclaim within the industry.

The purple trophies, in the shape of a letter R, that are handed to each winning firm are seen as an iconic accolade. Recognised as a symbol of appreciation of teams’ hard work and accomplishments, the trophies are highly regarded in the industry. Working in recruitment in Japan is extremely popular among members of the international community. The industry is both helping to boost the influx of non-Japanese to the country, and to increase accessibility to jobs for them through international recruitment firms. 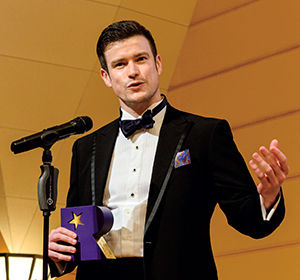 Given its ageing society, Japan will noticeably benefit from international workers feeding in to the economy and diversifying the workplace. Diversity and inclusion has been a key goal in Japan, and recognising firms with the RIA is a great way to encourage recruiters to contribute to this objective.

As diversity becomes more important, so the recruitment industry increases its involvement in inclusivity by bringing a range of talented individuals to the attention of large firms.

The Diversity & Inclusion award went to Michael Page, a recruitment firm that was established in London in 1976. Listed on the London Stock Exchange with a gross profit of £711.6mn, it expanded its offices to Asia in 1994 and now has a global presence. The possibility of winning a progressive award such as this encourages and drives firms to consider recognising diversity and ensuring inclusion for their employees. 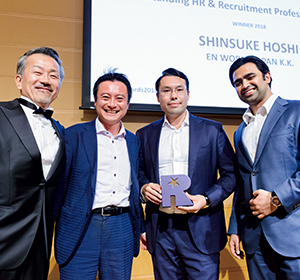 Tony Moore, a British managing director and co-founder of Boyd & Moore Executive Search spoke about the multiple accolades his firm received. Taking home the Technical & Industrial and RPO Provider awards, Moore said: “It’s nice to get industry recognition from your peers”, particularly in such a competitive industry such as recruitment.

“The team worked very hard and these prestigious awards, well supported by Custom Media, are the place to be, so thank you very much!” he said. 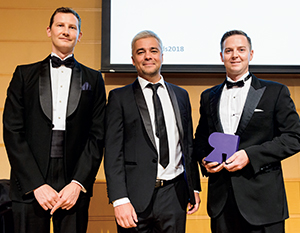 The team from Robert Walters picked up three awards.

Robert Walters picked up three awards. The Director of its Commerce & Industry Division, Jeremy Sampson, said “It’s obviously a testament to the hard work of all of our guys. The consultants in the front and the back office [are] doing a great job.” Matt Nicholls, managing director at RGF Professional Recruitment Japan, credited the firm’s success to its people, saying, “We have got a great brand and I hired great people, and that has worked!” 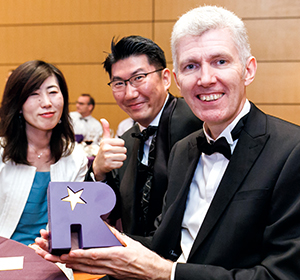 Struan Mckay, CEO of RGF Executive Search Japan, spoke about what the awards mean to the firm as a team: “It’s a great endorsement, and a testament to all of the work [we have done] as a firm. I think it’s awesome”.

RGF Executive Search Japan won the Executive Search Company of the Year award. Recruitment as an industry was virtually non-existent in Japan until Yasujiro Okano founded the pioneering recruitment firm Staff Service in 1960. Speaking at the event, he told us about the gap in the market when he founded the firm and found success. Fast forward to 2007, when Recruit Co. bought the firm for $1.5bn, making Okano’s Hall of Fame win well deserved. 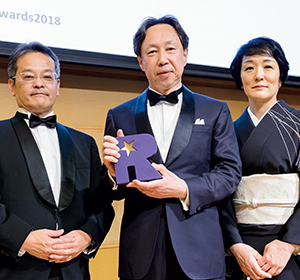 Yasujiro Okano picked up the Hall of Fame award.

David Head, director of the RI Awards and a man with a long history in recruitment, presented the awards on the night. He spoke about the reason he believes the awards are important for the industry: “It’s just the sheer fact that we reward and we look for the best in the recruitment sector. So for people doing their job, day to day for the whole year, it’s a great way [for us to say] ‘what a great industry we work in, what great people we have in the industry and thanks to you. Well done for winning an award!’ That’s what it’s all about.”

For one night, all of the biggest recruiting firms in Japan came together to celebrate their industry, and the hard work each firm had put into it over the previous year.

The RIA, also hosted in Australia and the UK, is important in that it boosts morale, while acknowledging the work that recruitment firms do and the contribution they make to the workforce globally.