Life through the eyes of an extraordinary British writer 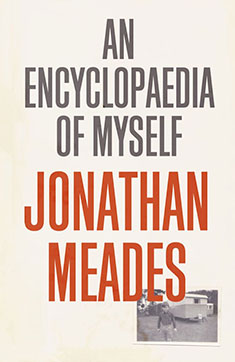 Full disclosure: in the late 1960s, Jonathan Meades and I were contemporaries at The Royal Academy of Dramatic Art in London. From the very earliest, there were whispered questions about how on earth Meades had managed to pass the very demanding audition that admitted just 32 students out of the hundreds who had applied.

Amusing and clearly intelligent, he nevertheless seemed to lack even the basic skills required. In no time at all, we decided, he was not destined to be a performer. He’d no doubt end up in a somewhat less theatrical role (managing a chamber of commerce, perhaps?).

How wrong we were. Very soon after leaving the drama school, Meades began to make a name for himself as a writer—a very successful restaurant critic for The Times—but also taking on another passion: architecture and architects.

It was this fascination that led him into making highly idiosyncratic television programmes, the style of which is referred to as “psychedelic” by at least one UK critic.

There were unusual camera angles, jump-cut edits, unexpected wipes and pieces to camera. As in his writing, Meades breaks all the rules. Here, he writes on regeneration in the Blair Age:

What (just) saves all of this (and his writing in general) from pretension is the fact that, while Meades takes his subjects—about which he is obviously well informed—very seriously, he rarely takes himself so.

Nowhere is this more evident than in the volume under review. It is not, strictly speaking, an autobiography; that would be far too conventional an approach for Meades to take. Instead it is—as with any encyclopaedia—an attempt to explore, examine and explain; in this case, the phenomenon that is Jonathan Meades.

So, we have chapters on his early education, his early obsession with sex, and the subjects that came to dominate his later years: those which propelled his television career, in particular. It is a memoir and, for anyone who grew up in provincial England during the 1950s, it is pungently evocative:

He takes the same approach when describing the various personalities that made up his clearly out-of-the ordinary family:

“[Uncle] Norman ate the rind of hard cheeses, grew vegetables and flew with test pilots, beyond the speed of sound, roller-coasting above the numberless greens and greys, buffs and blues, corkscrewing through the empyrean, his empyrean”.

At times, Meades is exhausting to read; rarely have I had to refer so often to a dictionary: his vocabulary is astonishing. But there is also a sense of danger and vitality about his writing that is exhilarating.

It is tempting to try and describe the book in “Meadesian” terms—none other will really quite do—but when it comes down to it, the only way to come to terms with it is to read it.