The three-day crisis ended with the death of at least 69 people, of whom 39 were foreigners.

Of all the foreign nationalities represented at the plant—jointly operated by the UK’s BP p.l.c., the Norwegian firm Statoil, and Algeria’s state-run oil firm Sonatrach—Japan suffered the highest number of casualties. Ten of Yokohama-based engineering firm JGC Corporation’s 17 employees who were taken hostage, died at the hands of their captors or in the ensuing battle that ended the standoff.

In the aftermath of what was the most deadly terrorist incident for Japanese nationals since the September 2011 attacks on the World Trade Center in New York, Tokyo has announced plans to step up its intelligence-gathering capabilities overseas and increase its defence and security personnel at embassies in countries deemed to be at risk. It also is considering revising the Self-Defense Forces Law to enable the military to intervene in crises overseas.

At the same time, however, the government emphasised that it would maintain its policy of encouraging and assisting Japanese firms to get a foothold in “the promising investment destinations” that make up Africa, which has a growth rate forecast that exceeds Asia’s.

Few doubt the scale of the economic potential that lies in the 54 countries that stretch from South Africa’s Cape Agulhas to the most northerly tip of Tunisia, and from Cape Verde in the west to Ras Hafun in Somalia. Fuelled by high commodity prices and the mobile telecommunications boom, new markets and innovations have quickly developed.

While governments and firms from other developed and developing economies—notably South Korea and China—have been aggressively increasing their presence in a continent that has traditionally been more of a market for European countries, Japan has been slow to take advantage of the opportunities.

The manager of a major professional service firm’s African business development department, who declined to be named, is looking to rewrite this trend and raise Japanese firms’ profiles across the continent.

“Many Japanese companies have not yet devised the best way to go about setting up their business in Africa and, until now, have simply approached Africa through the big trading firms”, the manager told BCCJ ACUMEN.

While this model has worked for big infrastructure and resources-related projects, it has not succeeded for firms in the consumer goods sector, such as electronics manufacturers.

“For many years, trading firms have acted as bridges for Japanese companies that provide services or manufacture goods to African markets because they were reluctant to set up their own operations in Africa.

“By using trading firms, Japanese manufacturers did not know the market themselves as they were not direct participants in the market place. Thus, they lacked direct interaction with consumers”, he said. “We are moving away from that model now, because it was expensive and firms want to smooth the chain by doing away with the middle man. And that is where we can help”.

In May 2008, Yokohama hosted the fourth Tokyo International Conference on African Development, with Japan committing to $2.5bn in trade and investment with Africa.

The scale of that commitment was driven by Japanese government interest in the African market, as demonstrated by the successes that other international firms have reported. It was also driven in part by China’s recent “very aggressive” efforts to access local market and Africa resources, the manager said. Meanwhile, Samsung has built a regional headquarters in South Africa to oversee its operations in the region, and LG Electronics has opted to set up regional offices throughout the continent.

The tactics have paid off, he admitted.

“Samsung and LG already have 60% of the TV market and Japanese companies will need to invest heavily to catch them up in that sector”, he said. “They have done very well.

“Samsung have teamed up with African laboratories to teach students electrical engineering, and have linked that to their own business”, he pointed out. “In 2015, they want to sell $10bn worth of goods a year. That is on the same scale as their business in China.

“South Korean firms are importing TV products as components and then locally carrying out semi-knockdown assembly, because that means there is a far lower import tax”, he said. “Samsung is doing that in five countries now, but plans to localise its business in 17 African countries”.

In addition, Samsung has a Built for Africa product line that features refrigerators with a power surge protector that is designed to cope with energy blackouts and keeps the freezer on for three hours after the power has been cut.

The firm was on the ground in 15 countries in 2009 and, by 2010, that number had soared to 42. Similarly, service centres leapt from 18 to 36 over the same period, and the firm is constructing a research and development facility in Nairobi.

“This is a company that is very serious about Africa”, the manager stressed. 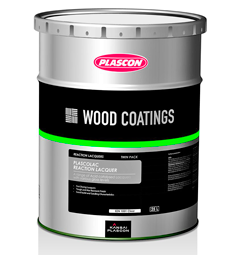 However, there are examples of Japanese firms being proactive about their presence in Africa. Kansai Paint Co., Ltd. purchased a South African coatings firm in 2011 because it anticipated a surge in demand for paint for the automotive sector, office buildings, new homes’ construction-related coatings and other industrial uses across the continent.

Another is Ajinomoto Co., Ltd., which started selling its seasonings in Nigeria in 1991. By 2012, the firm’s annual sales in the country were worth about ¥100mn—accounting for 3% of its global sales. The food and chemical firm is looking to build on this achievement by expanding into other West African nations where food culture is similar.

Similarly, Unicharm Corporation is building a nappy and sanitary napkin factory in Egypt, while Japanese electronics firms are expanding their businesses in South Africa, Nigeria, Egypt and Kenya.

These relatively recent developments represent a shift from previous investments in the power sector, although the manager emphasises that there is still a lot of mileage in energy for Japanese firms.

“Nigeria was only able to generate 5,000mW of energy as recently as 2010, giving them only four hours of power a day in Lagos”, he pointed out. “Nigeria needs close to 40,000mW to attain the same economic development as Association of South-east Asian Nations member states.

“This represents a huge business chance for Japanese companies in the power sector”, he said, adding that there has been a shift from hydroelectric power to thermal energy.

“There are many possibilities in the energy sector for Japanese firms in Africa today”, he revealed. “There is huge potential for geothermal power in East Africa, especially in Kenya, and Japanese companies have a huge technological advantage in this area”.

To date, Kenya’s installed capacity is only 300mW of electricity, but the government wants to raise this to 7,000mW by 2030.

Major firms, such as Toshiba Corporation, Mitsubishi Heavy Industries, Ltd. and Hitachi, Ltd., that are represented in the power sector and other major business areas, will have been watching recent events in North Africa with concern.

Dealing with local business regulations that vary wildly from country to country is another issue facing businesses expanding in Africa.

In South Africa, for example, the government’s Black Economic Empowerment programme requires firms wanting to do business with the government to ensure that the local firm is 26% owned by local black Africans and that they comprise at least 43% of management. Many American, European and South Korean firms such as Samsung have already complied with this regulation.

While a major local presence is needed if Japanese firms are to succeed in Africa, some enterprises have handled Africa business from their Middle East office.

“Africa is a completely different market from the Middle East, and having your feet on the ground provides you with a chance to understand and adapt to the market”, the manager said. “It’s impossible to get a true feel for the market if you only visit once or twice a year”.

Despite being weakened by the global economic crisis, anti-corruption laws and red tape, some Western nations are showing signs of new business confidence in Africa.

Peter Sullivan, head of government relations for Citibank in Africa, told the Financial Times on 16 March there had been a “marked upsurge in Western companies exploring ways of tapping into African growth”. Meanwhile, France, the US and multinational miners are staging a fightback in defence of oil, mineral resources, influence and markets, the FT reported.

A “game changer”, according to reports, was US giant Walmart’s purchase of Massmart, a South African consumer goods retailer, for $2.4bn in 2011. And Bechtel, the US construction and engineering group, returned to oil-rich Gabon in 2011 to work on infrastructure.

Africa will remain small in terms of global trade for many years, most observers agree, and Western companies will be under pressure from emerging nations that have looser scrutiny of corporate governance and less shareholder demand for fast profits.

The UK, meanwhile, has a long history of operating in African markets, with firms such as Unilever, GlaxoSmithKline plc and Cadbury benefitting from being physically closer to nations—many of which are former British colonies.

The manager believes that, over the decades, these firms built up very strong brand profiles and name recognition, have localised operations and, thus, are reaping solid profits.
It is the right time for Japanese corporations to do the same, he believes.