I’d like to devote my column this issue to one of Japan’s most gutsy and giving resident Brits, as she celebrates three decades of rescuing neglected dogs, cats, pigs, rabbits, horses and other pets. When fellow West Country native Elizabeth Oliver MBE  founded Animal Refuge Kansai (ARK) in 1990, it started her long and difficult journey as a leading advocate in Japan for aware­ness, education, volunteerism and donations to improve the sad plight of pets, tighten the weak laws governing the industry—and to rescue about 3,300 dogs and 1,400 cats so far and still counting. She has battled stubborn bureaucrats and ruthless gang­sters to create a safe haven, clearing house and forever home for thousands of pets whose owners either can’t or won’t provide decent treatment, respect, accommodation, food, love and company.

In the week that saw 164 underfed and neglected dogs being hoarded under terrible condi­tions in Shimane Prefecture, ARK marked its 30th anni­versary on 7 November by unveiling an exhibi­tion of photo­graphs and artworks at The Foreign Correspondents’ Club of Japan, in Marunouchi, Tokyo. 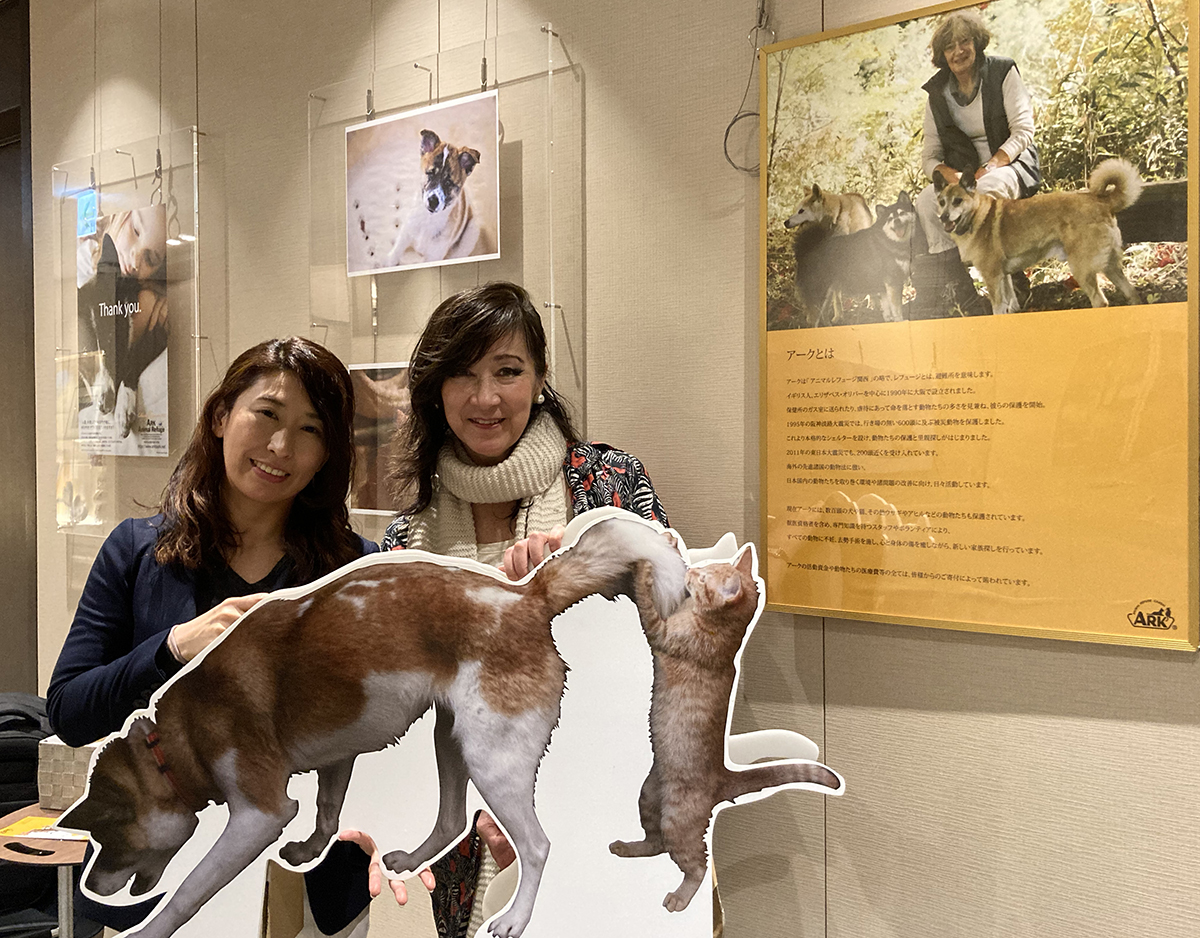 When tragedies strike, ARK is often there to help, as they are in Shimane now and were in 1995, when the Hanshin Awaji Earthquake devastated a large area of Kansai. This prompted ARK to rescue about 600 animals reported lost or homeless—and facing euthanising.

Oliver, from Weston-super-Mare in Somerset, recalled: “Extensive media exposure led to an army of volunteers, many celebrities amongst them, arriving from across the country. The ensuing media frenzy was not only a breakthrough for ARK but a game changer for Japan’s public awareness towards the prevention of cruelty to animals”.

Soon after, she explained, an unprecedented pet boom swept Japan, with negligible regulatory infrastructure to protect the surging number of pets sold. Many of these were supplied primarily from unlicensed and untrained “balcony breeders” who followed the cues from media to anticipate the next flavour-of-the month and send makeshift mills into overdrive.

In August 1998, ARK was authorised by Osaka Prefecture as a non-profit organisation (NPO) and became an accredited Nintei NPO in 2016.

According to the ARK exhibition: “There are hundreds of thousands of animals born, and not accounted for in official statistics, which are now being euthanised by the mills and pet shops. During the early 2010s, Britain averaged over 1,300 cases of cruelty being prosecuted annually, while Japan, with twice the population, averaged 13. Prevention of cruelty and advocacy for better protection remains predominantly in the hands of private citizens and welfare groups”. 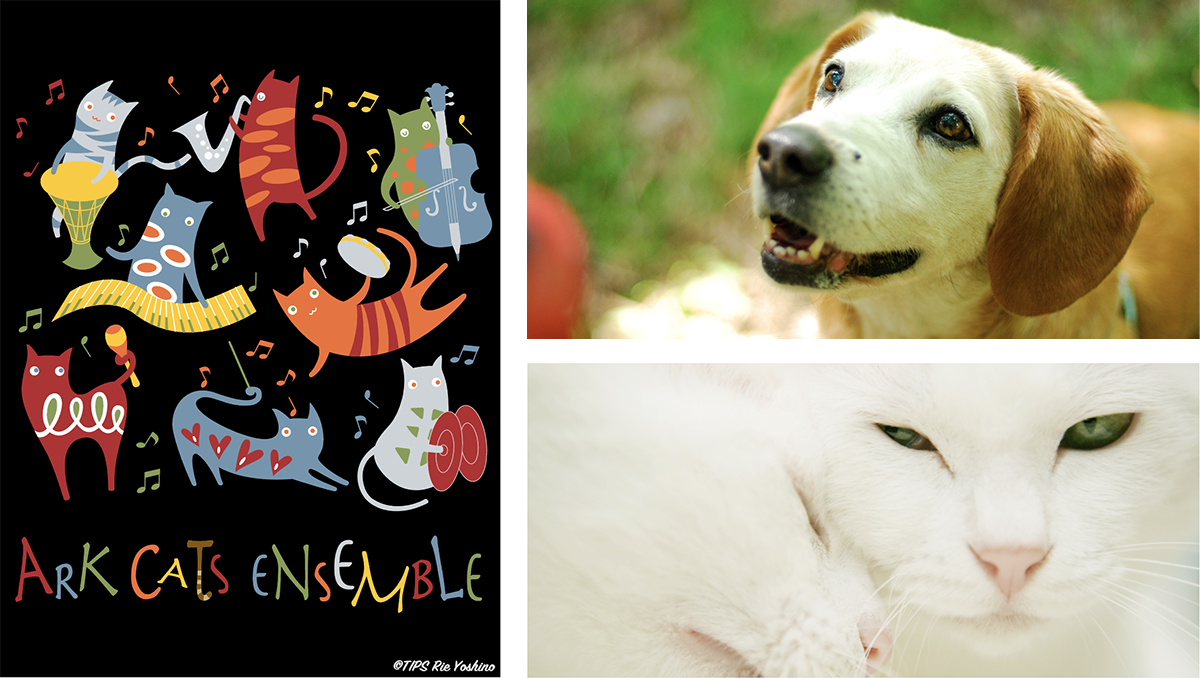 ARK has been supported by a wide network of advocacy groups, volunteers, donors and collabora­tors throughout Japan and the world over its 30 years.

Oliver said: “It does indeed take a village to rescue animals, to house and care for them, to find them forever homes. More work and funding are needed to expand our educational and regulatory advocacy activities and to complete our Sanctuary in Sasayama”.

Simon Farrell is an ARK board member.

It Takes A Village: A Visual Journey Through ARK’s 30 Years in Support of Animals is on until 4 December at The Foreign Correspondents’ Club of Japan and is open to non-members who wish to see the exhibition.

Warning: Beware of online scams by those promising to give away or sell dogs at a low cost. Use caution when responding to ads. 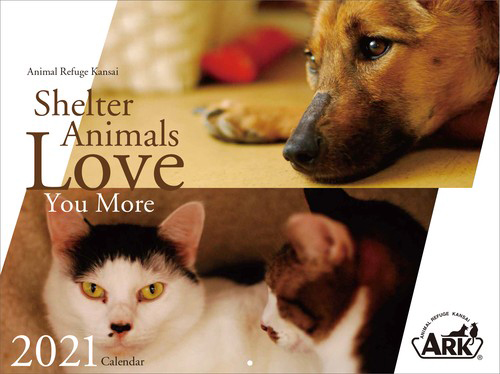 The ever-popular ARK calendars are a great way to get set for 2021.

Two sizes are available—wall (¥1,000) and desk (¥800)—and each purchase is a donation that helps save the lives of animals!