Welcome to this special Kansai issue of BCCJ ACUMEN. Inside we cover a wealth of successful British businesses, a profusion of charities, some members of academia, proponents of sustainability, culture, literature and arts, as well as personalities in and near the dynamic and diverse metropolitan areas of the Keihanshin region (Osaka, Kobe and Kyoto)—the second-most populous part of Japan after Greater Tokyo. 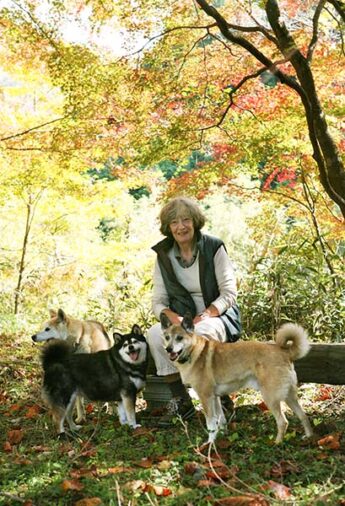 As well as a Royal Platinum Jubilee mes­sage from British Ambassador Julia Longbottom CMG and an interview with newly ap­pointed British Consul General Osaka, Carolyn Davidson, is another pro­minent British woman in Japan, the formidable Liz Oliver MBE. Liz founded Animal Refuge Kansai (ARK) 32 years ago and—along with Refugee Empowerment International Executive Director and compatriot Jane Best—helped set the model—admired and replicated since—on how non-profit organi­sa­tions should be run. She was also popular for her decade-long gardening and rural column, “Country Matters”, published in Kansai Time Out (KTO) until 1995.

We feature an obituary on jazz- and cricket-loving legend David Jack, who founded KTO and supported ARK, among many other worthy causes. He helped develop an orphanage in Bangladesh, occasionally retreated to his Scottish bothy, and bought a farm on Hong Kong’s Lantau Island where, as Oliver recalls, he famously hosted a number of regional expats for wild celebrations marking the UK’s return of the territory to China in 1997.

Another local character is John Dougill, founder of Writers in Kyoto. He specialises in religion, a particularly divisive subject that we have never featured in 12 years of publishing BCCJ ACUMEN. John was a professor at Kyoto’s largest Buddhist university, and co-wrote a guide to Shinto shrines among the 25 books he has penned. The bird-watching author has followed the path of early Christians around Kyushu, journeyed from Lake Baikal to Lake Biwa in search of shamanistic roots, and researched Japan’s World Heritage Sites.

This issue pays tribute to David, Liz and John and other lesser-known Britons, such as parti­ci­pants in the hugely successful Japan Exchange and Teaching Programme, who have eschewed the bright lights and toasty comforts of the big city for a more serene, healthy and, perhaps, fulfilling lifestyle in the countryside to stamp their indelible mark on rural Japan.

But we don’t forget big business or outbound investments: our big thanks indeed to the British Consul General Osaka for kindly introducing us to several Kansai-based firms with strong UK links—in both directions—in the areas of pharma, food, technology, communications and energy.