The latest addition to Tokyo’s ever-changing skyline will formally open on 11 June, when Mori Building Co. will unveil the 52-storey Toranomon Hills complex a couple of blocks to the west of Shimbashi Station.

Designed to appeal to global firms seeking a prime urban location, the structure uses cutting-edge pillar-less office spaces. It will incorporate one of Tokyo’s largest conference facilities, luxury residences, no fewer than 25 restaurants and a 6,000m2 pocket of open space and greenery in the heart of the metropolis.

The multi-use tower also fits in with the government’s plans to enhance the infrastructure of Tokyo, a campaign that has taken on added significance since the city was selected to host the 2020 Olympic and Paralympic Games, and signals a broader resurgence of the property sector in Japan.

The renewed optimism is mirrored by similarly positive sentiment in Britain, particularly in London.

The events of a troubling couple of years certainly cast something of a pall over the opportunities in Japanese commercial property for foreign investors, but there is a renewed sense that the low point has been consigned to the past and that new opportunities in what has long been considered a safe and reliable market are once more on the horizon. 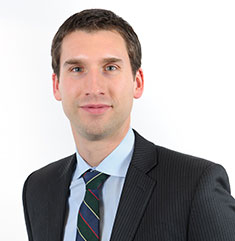 Japan is back
The market is entering a positive new cycle: banks are lending again, and sellers are making optimistic moves, as are those buyers with a track record of being among the first to take action.


The Liberal Democratic Party’s efforts to stimulate the national economy have also been greeted warmly by the market, while economic growth forecasts for the next 15 years converge at the 1.5% to 1.8% mark.

“The stimulus measures of [Prime Minister Shinzo] Abe appear to have reinvigorated the Japanese economy and have stoked investor sentiment”, Will Johnson, of Savills Japan, told BCCJ ACUMEN. “Japan’s total property transaction volume was up more than 70% in 2013 compared to 2012”.

That means high-quality, multi-family residential assets in Tokyo and the other major Japanese cities have continued to see strong interest from domestic and overseas institutional investors. 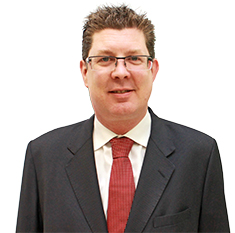 When it comes to the office sector, investors are additionally attracted to Japan for its large stock of investment-grade real estate, a mature legal structure, transparent and established business practices, and a lack of restrictions on foreign ownership, according to Andy Hurfurt, head of investment consulting for CBRE K.K.

The Tokyo property market is also faring well in comparison with other key cities in the Asia–Pacific region, with Hong Kong and Singapore showing signs of rental decline.

Another factor has been a hangover—the positive kind—from the worst natural disaster to strike Japan in living memory.

“After the quake it was not feasible for tenants to suddenly relocate to new properties, as it takes a great deal of planning”, Hurfurt said.

“What we have seen more recently is an increase in emphasis among occupiers for quake-resilient buildings and, in the case of banks and financial trading companies in particular, for power resilience in their buildings.

“Occupiers are moving up but, given the broader economic environment, they are also looking to do that with limited impact on the cost side”, he said.

That has led to a number of new buildings in less central locations becoming more attractive, such as Nakano Central Park South, where Kirin Brewery Company, Limited has opted to consolidate its multiple offices that were spread across the city.

And while the complex is slightly further out of Tokyo’s traditional business hub, it nevertheless has good transport links.

“Medium-sized Japanese companies have a preference for buildings with good earthquake resilience, but they know they do not need to be in a brand new skyscraper”, he said, pointing out the growing reputation of Shibuya as a sub-market among trendy web design firms, app developers and online retailers.

Meguro, served by the Yamanote Line, is another borderline central district that is rising in popularity, while Ueno and Akihabara also have some high-specification structures.

“These spaces will not suit everybody, and you will not see a major domestic bank, for example, relocating to Ueno, but for medium-sized Japanese companies, these places can be attractive”, Hurfurt added.

UK firms want in on the action
The new opportunities that exist in Tokyo have not been missed by UK firms, with the Grosvenor Group announcing plans to double its assets in Japan in the coming years to ¥120bn, primarily through investments in residential and office properties.

The London-based firm has already purchased a 99-unit luxury apartment complex in Roppongi for ¥2bn, invested in renovation work and is selling the units for ¥7mn per 3.3m2.

Grosvenor began investing in residences in Tokyo in 2001, with one of its flagship developments—the Grosvenor Place Kamizonocho flats near Yoyogi Park—completed in 2008.

UK-based Aviva Investors has teamed up with Secured Capital Investment Management to purchase the 55,000m2 Riverside Yomiuri Building, a mixed-use office and residential property that is the former headquarters of the Yomiuri Shimbun newspaper.

Similarly, in December, M&G Real Estate, the property management arm of UK insurance giant Prudential plc, acquired a 14,521m2 retail and office complex in Kobe, the first foray by its Asia Fund into the Japanese market.

There are, however, challenges to British firms building a presence in Japan, according to CBRE’s Hurfurt.

“It can be quite difficult for overseas firms to compete with local companies, although there is clearly an interest in the market here, even if many have not been able to complete an acquisition yet”, he said.

Gateway city to Britain
London, meanwhile, has long been an attractive and lucrative destination for Japanese firms.

The two firms intend to expand the fund to a value of £500mn over the next 18 months by soliciting investment from pension funds in Japan, Asia and Europe, as well as from financial institutions.

Advised by Savills, Mitsubishi Estate Co. snapped up 1 Victoria Street in November for £180mn, making the office complex the seventh addition to its portfolio in London. Hulic Co., Ltd. made its first overseas investment in 2012 by purchasing 103 Mount Street, an office property in Mayfair.

In addition, NTT Urban Development has put down £77mn for 265 Strand, its fourth office property in London, with Mitsui Fudosan completing construction of 5 Hanover Square in mid-2012 through its UK subsidiary.

Mitsui Fudosan was also involved in the redevelopment of the BBC’s iconic broadcasting centre in central London, acting as part of a consortium to buy nearly six hectares of land for £200mn and constructing broadcasting studios with adjacent office, residential and leisure facilities.

“The London property market is now in the third year of recovery from the global financial crisis”, he said.

“Total leasing activity in the central London office markets rose 46% in 2013 … while vacancy levels are falling, with the West End in particular facing a sub-4% vacancy rate.

“This has combined to drive up office rental growth, with the average prime office rent rising 20% last year, compared to a 6% recovery in central Tokyo”, he said.

Across the board in London, investor demand for commercial property assets reached a new high in 2013, with over £20bn transacted. Fully 70% of those purchases were made by non-domestic investors, with Asia–Pacific buyers accounting for 29% of total acquisitions.

“Part of the reason that Japanese developers have been looking overseas is diversification of assets. It’s also due to the strength of the yen, even if that has declined a little in the last 12 months”, said Hurfurt.

“Many are looking at ‘gateway cities’ to another country, like London.

“And while Tokyo is the most familiar and comfortable market for Japanese investors, we are seeing a clear expansion into new markets”, he said.

In Japan, analysts believe the consumption tax increase—from 5% to 8%—that occurred on 1 April will only have a “temporary dampening effect on domestic consumption”.

“However, improving macro-economic conditions, along with a stated government objective to increase household incomes, should help to support market fundamentals”, believes Johnson.

And with just six years to go before the Games arrive, there is huge optimism that the property market here will be able to sustain its recent good form for at least that long.