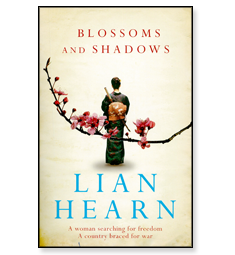 Blossoms and Shadows
By Lian Hearn
£7.99

I confess my aversion to novels that begin with lists of characters set out as in a play script. Surely a storyteller ought to be able to tell his or her tale without resort to such artifice?

Lian Hearn’s latest offering has four pages of such lists, broken down into fictional and historical characters, so I approached it with some trepidation. But, having read the book, I admit the categorisation of characters was useful and, I suspect, for those less familiar with Japanese culture and history, it would be near essential for a thorough understanding of the narrative.

Blossoms and Shadows is an epic novel in the tradition of Shogun or Taipan, but it is a softer and more accessible work than either of these. Spanning one of the most turbulent times in Japan’s history—beginning in 1857—it is also unusual in that the story is told essentially from a young woman’s point of view. In my experience, most novels dealing with 19th century Japan do so from an extremely masculine, samurai-like perspective: at worst, the women in them marginalised, at best romanticised. Here we have a female protagonist, Tsuru, who dreams of becoming a doctor, of stepping outside the confines of what Tokugawa Japan expects of its women and who must, as a result, face heart-breaking betrayal.

Lian Hearn (the pen name of the acclaimed Australian author Gillian Rubinstein) employs an engaging technique, switching between a first person past tense narrative when Tsuru is telling her tale, and a present tense third person voice for the various historical characters. At first this is disconcerting, but it quickly settles into a comfortable pattern that makes the novel all the more enjoyable.

It is no small measure of Hearn’s mastery of her craft that she handles this technique with such skill and confidence. That she also clearly knows her history means that the tale has the crystal ring of truth about it. 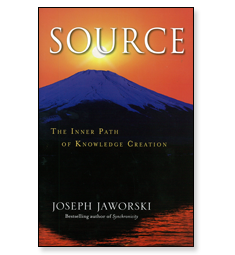 Source: The Inner Path of Knowledge Creation
By Joseph Jaworski
$26.95

Joseph Jaworski’s name is synonymous with the idea of transformational leadership. He is, perhaps, best known for the critically acclaimed book Synchronicity, in which he explores what he described as the “inner path to leadership”.

In Source he goes even further, drawing on his experience of the intervening years to discuss what he believes is a sure way of discovering the inner path to the creation of knowledge.

The book is a fascinating mix of personal memoir, records of meetings between remarkable people who have genuinely made a difference in the world, and of discovery. Ancient wisdom meets quantum physics in these pages and the result is a startling realisation that how we think and act genuinely contributes to, or detracts from, the universal truths that connect us all.

Jaworski begins by setting out four principles: about the open and emergent quality of the universe; the fact that both the material world and consciousness are one and the same; that there is infinite potential enfolded into the universe; and that human beings can learn to draw from that potential. The chapters that follow explore in-depth the reasons he arrived at his conclusions and why we should take them seriously.

At a time when the world is so clearly lacking in true leadership, here is a glimmer of hope. If more people followed the path towards a deeper and broader understanding of what the universe is telling us, we could learn that there are unlimited possibilities.

This is not the easiest book to read. It deals with complex issues and with challenging propositions, and the cynical will find much at which to snigger. But that’s just the point: innovative thinkers have always met with resistance from those who prefer the comfort of the status quo to the challenge of the new. Jaworski’s career has been quite extraordinary and Source is a reflection of that. It is worth making the effort to read it and say, YES!